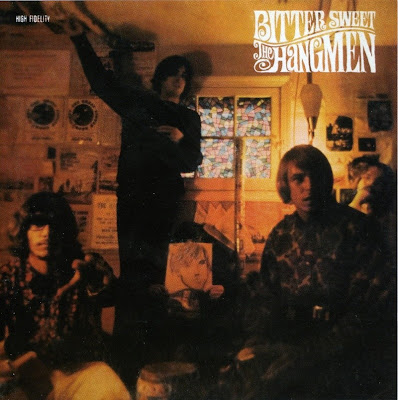 One of Washington D.C.'s most popular and successful sixties bands, their story began with an act called The Reekers who were formed by guitarist Tom Guernsey in 1964. Following the release of their debut 45 - Don't Call Me Flyface / Grindin' (Ru-Jac 13) in early 1965, Bob Berberich was recruited on drums and The Reekers laid down early versions of What A Girl Can't Do and The Girl Who Faded Away. No 45 resulted. 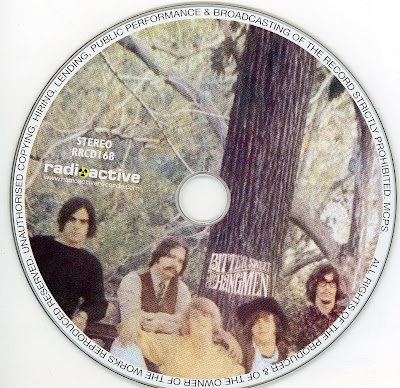 After more personnel changes the band re-emerged as the Hangmen in April 1965, with vocalist Dave Ottley - a British ex-pat working as a hairdresser in DC. The band re-recorded the Reekers' tracks for their first 45 and What A Girl Can't Do is a classy girl-put-down belter. 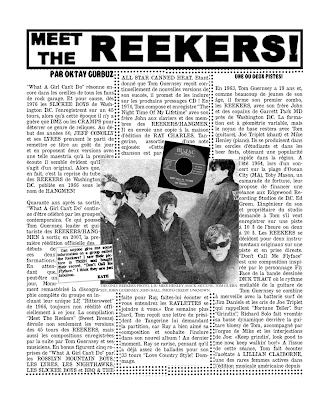 The 45 was a local hit, and an in-store appearance at the Giant Record Shop in Falls Church, nearly caused a riot. Billboard magazine reported the near riot in Feb '66, when 400 teenagers gathered to hear The Hangmen play at the store, with a further 1,500 packed outside the shop. The police had to disperse the crowd after 15 minutes, with traffic being disrupted in the street. The shops owner told Billboard he'd sold 2,500 copies of What A Girl Can't Do.
The follow-up, the stunning Faces, is also a five-star mean'n'moody fuzz-rocker with Who power chords and obtuse lyrics - PLAY LOUD. This 45 featured new bassist Paul Dowell and Ottley moved on soon after its release to be replaced by Tony Taylor (ex-Roaches).
The third 45 was a taster for the album that appeared at the turn of the year. Bittersweet includes rather lame reworkings of What A Girl Can't Do and Faces and for fans of the first two garage-punk 45s it may be a disappointment. It's good, but not that good, despite a five-minute-plus version of Gloria, and will appeal more to pop fans with tracks like the dreamy version of the Everly Brothers' Let It Be Me.
By the Summer of '67 the band's direction shifted to psychedelia and their name changed to The Button. Daly and Dowell had been replaced by guitarist George Strunz and Alan Fowler, former bassist of the Mad Hatters. Founder Tom Guernsey left soon after and The Button relocated to Greenwich Village where they evolved into Graffiti. 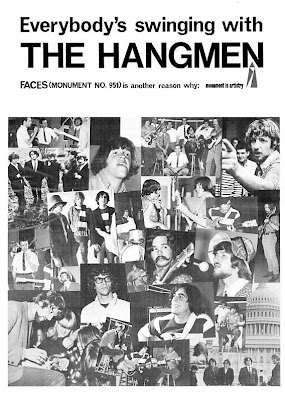 When Berberich left The Button, he returned to DC. There he reunited with Dowell and Daly to form (Paul Dowell and) The Dolphin. Their line-up was completed by a young and talented guitarist called Nils Lofgren. Berberich also sat in with Puzzle for a while when their drummer was injured in a car accident.
In 1968, Tom Guernsey produced a 45 by The Piece Kor. He was also reunited with Reekers vocalist Joe Triplett, writing and producing a 45 for The Omegas. In the seventies he returned to performing with brother John in the band Claude Jones. Dave Ottley returned to the U.K. and is now a hairdresser in Barnet, London. 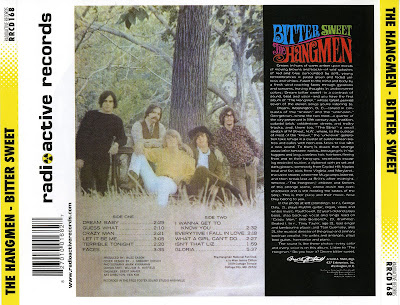