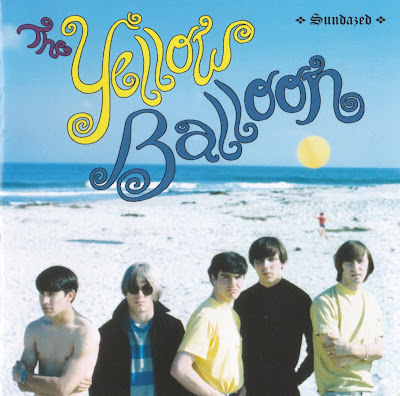 Yellow Balloon's major claim to fame was that the band's membership boasted a celebrity, actor Don Grady from the television series My Three Sons, which starred Fred MacMurray. The band at one time also included Daryl Dragon, who wasn't as famous at the time as he would be a few years down the road as the male half of the popular duo Captain & Tennille. In 1967 Yellow Balloon scored its first and only hit single, which was named after the group. The band released an eponymous album that same year through Canterbury Records. In addition to Grady and Dragon, who both played drums, its membership included lead singer Alex Valdez, keyboardist Frosty Green, bassist Don Braught, and guitarist Paul Canella.
Grady, who was born Don Agrati, played previously with the Palace Guard, a folk-rock band. Yellow Balloon formed during the '60s when he joined forces in Los Angeles with Gary Zekley, a songwriter and producer who had initially written the single "Yellow Balloon" for surf duo Jan & Dean. Zekley also released a version of the song, and when it skipped into the Top 30, he and Grady pulled together a band for live performances and put out an album.
Grady culled Braught and Green from a band called Rising Sons in Oregon, and drew Canella and Valdez from Five of Us, an Arizona group. Grady had previously recorded their names in a list he kept of musicians whose skill impressed him when he saw them play while he toured on other business, sometimes with a band called Windupwatchband. When the time came to pull together the band that would be Yellow Balloon, he gave them a call.
After failing to score on the charts again, the group disbanded. Grady went solo for a while and recorded as Don Agrati. Braught, Canella, Green, and Valdez re-formed under the name the Popcorn Explosion. Zekley continued to write hits, among them "Sooner or Later" and "I'd Wait a Million Years" for the Grass Roots. Sundazed reissued Yellow Balloon's lone album as a CD in 1998. The release includes all 11 songs from the original album, plus a few numbers Grady had released as singles, a demo, and a recorded interview with Zekley. 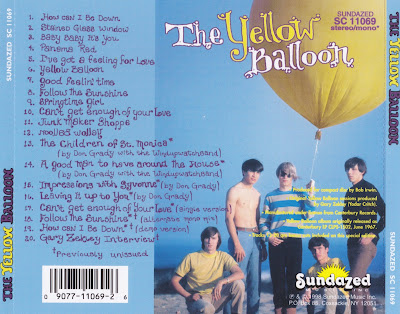 The Yellow Balloon was Don Grady's (Robbie on TV's My Three Sons) rock & roll group, but even more important, the brainchild of California producer Gary Zekley. Not unlike a Gary Usher, Zekley could grab a bunch of musicians and -- filling in the needed holes with his own talent -- produce sessions that rivaled Phil Spector or Brian Wilson for big sound and teen spirit. Grady had already been recording for the same label with his own group, the Windupwatch Band, when Zekley started climbing the charts with "Yellow Balloon," creating a need for a new group to go with the hit. Grady became the drummer and other members were recruited from various bands around the country, but in the studio, it was still Zekley's show all the way. This 20-track compilation brings together the 11 tracks from the Yellow Balloon's 1967 album, along with the Don Grady with the Windupwatch Band singles (also released on the same Canterbury label), a couple of unreleased demos, and an interview with the late Gary Zekley putting it all in perspective.
Posted by: D&J на 23:05