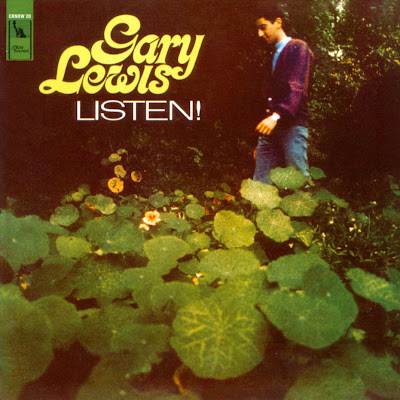 Gary Lewis was one of the very few American pop stars who was drafted and served in the military during the Vietnam War, and the slightly goofy but well-crafted pop/rock records that were his stock in trade were rapidly going out of style as Lewis entered the service in 1967. Listen!, recorded while Lewis was on leave, was intended to serve two purposes: to keep him in the public eye while he was overseas, and to update his sound and approach as psychedelia and heavy rock where becoming the dominant sounds in rock & roll. Listen! is a long way from psychedelia, but it's significantly artier and more ambitious than "This Diamond Ring," "She's Just My Style," or any of Lewis' other hits; "Happiness" is largely cut from the same cloth, but the Phil Spector-esque production was clearly on the grand side for Lewis. Producer Gary Klein selected some excellent material for Lewis, including two Tim Hardin numbers ("Reason to Believe" and "Don't Make Promises"), John Sebastian's "Six O'Clock," and three tunes by Alan Gordon and Garry Bonner of the Magicians (one of which, "She'd Rather Be with Me," was recorded around the same time by the Turtles and became a hit). Jack Nitzsche arranged the sessions (with session musicians taking the place of the Playboys), and he transforms these songs into stylish pop that's sophisticated, engaging, and more forward-thinking than anyone might have expected from a Gary Lewis album. And while no one ever described Lewis as one of the great singers of his generation, Klein and Nitzsche clearly worked with him on Listen!, and he sounds sure and confident on this album; the material doesn't stretch his range, but the where he often sounded clumsy on his hits, he approaches this material with aplomb. Listen! is something less than a lost classic, but for a guy who was never considered to be an artist of lasting importance, it shows that given the right material and careful nurturing, he had it in him to make a worthwhile album. 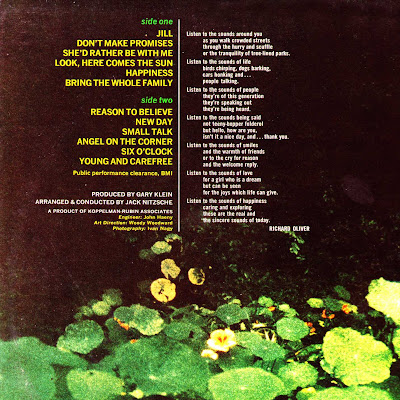