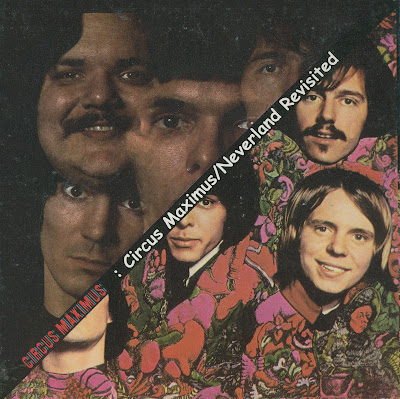 A precursor to the cosmic cowboy movement, this folk rock/outfit had more than a touch of psychedelia and plenty of country. Jerry Jeff Walker got his start here. "The Wind" was a minor hit for the band.
Members:
* Jerry Jeff Walker - rhythm guitar and vocal (credited on first album as "Jerry Walker")
* Bob Bruno - lead guitar, organ, piano, vocal
* David Scherstrom - drums
* Gary White - bass
* Peter Troutner - vocal and tambourine; also some guitar work
Circus Maximus was a United States band in the late 1960s, who combined influences from folk music, rock, and jazz into a form of psychedelic rock. Bob Bruno's song "Wind", from their eponymous first album, was a minor hit on the West Coast of the United States.
In late December 1967, they performed in an unusual pair of "Electric Christmas" concerts together with the New York Pro Musica, an ensemble devoted to performing early music. The 80-minute performance at the New York City—rehearsed in the nightclub Electric Circus where Circus Maximus were in residence much of that month, but performed at Carnegie Hall included a light show by Anthony Martin and electronic music by Morton Subotnick; the groups performed both together and separately. The material performed together included a reworking 14th-century composer Guillaume de Machaut's "La douce dame jolie" as an English-language song "Sweet Lovely Lady" and a Bruno original "Chess Game" that, unbeknownst to Bruno himself but noted by John White, director of the Pro Musica, strongly echoed the "Romanesca", a piece first written down in 16th-century Spanish lute books.
The concert was not a critical success. Donal Henahan, writing in the New York Times, said that it "fell somewhat short of being the total-environmental trip that was promised… the night summed up most of the esthetic ideas now in the air: incongruity, simultaneity, games theory, the put-on, the parody, the Trip… and the effort to create a 'Total Environment' in which all the senses can come into play." Henahan opined that the concert's commercial success showed a break-down in the separation of classical and popular audiences.
By July 1968, the band had broken up and Walker was appearing at the Bitter End in Greenwich Village, sharing a bill with Joni Mitchell.
Robert Shelton included the Circus Maximus album Neverland Revisited in a November 1968 list selected to represent "the breadth… of today's rock".
Walker later moved toward country music and Bruno toward jazz.
Discography:
* Circus Maximus (1967)
* Neverland Revisited (1968)
****
Circus Maximus
Circus Maximus with Jerry Jeff Walker
1967 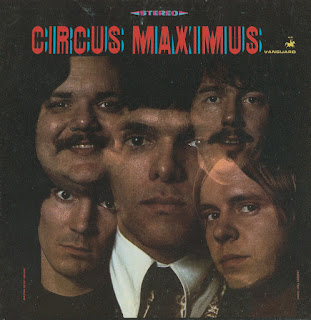 Circus Maximus sounds something like an East Coast version of Country Joe & the Fish here, with their jumble of folky electric guitars, Farfisa organs, and eclectic lyrics; what's more, it was produced by Samuel Charters, who had already produced the Fish as well. The songwriting and execution isn't up to the Fish's level, though, and much of this psychedelic folk-rock sounds quite dated. The big exception, of course, is the eight-minute "Wind," one of the early underground FM radio standards, with its jazzy riffs and lingering melody. Bob Bruno, not Jerry Jeff Walker, wrote most of the material, but Walker manages a fair early composition with the folk-rock-ish "Fading Lady"; some of the other songs (such as "You Know I've Got the Rest of My Life to Go" and Walker's "Oops I Can Dance") are awkward derivations of the Byrds' jangly folk-rock.
Circus Maximus
Never Land Revisited
1968 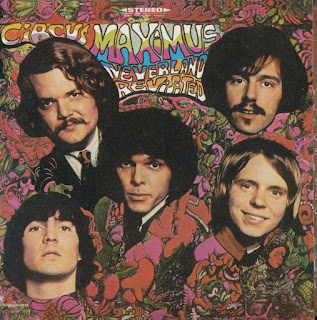 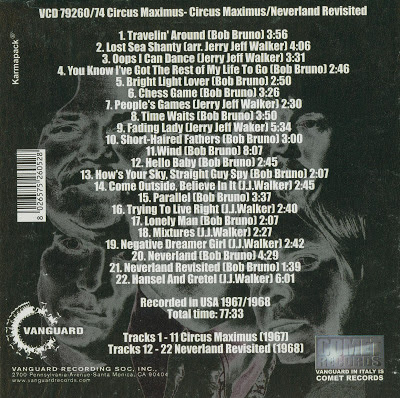