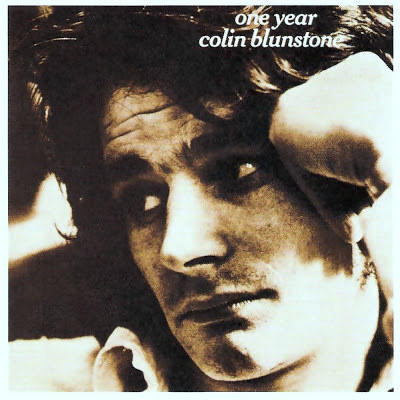 As the lead singer of the Zombies, Blunstone was one of the greatest '60s rock vocalists, pacing the group's minor-key masterpieces with his inimitable choked and breathy vocals. After retiring from the business briefly in the late '60s (to work in the insurance industry, of all things), he went solo in the early '70s with a string of interesting pop/rock albums that were more of an extension of the late Zombies sound than the more well-known work of Argent, the other Zombies spin-off act. the Zombies connection is hardly incidental; chief Zombie songwriters Rod Argent and Chris White gave Blunstone some songs, as did Argent member Russ Ballard, though Blunstone penned much of his material himself. With their moody melodies and Baroque touches of muted keyboards, classical guitars, and inventive string arrangements, his early-'70s albums sometimes sounded like a mellower take on the direction the Zombies pursued with their pop-psychedelic masterwork Odessey and Oracle. Blunstone managed some small British hits with "How Could We Dare Be Wrong," "I Don't Believe in Miracles," and the Top 20 single "Say You Don't Mind," a cover of a tune written and recorded by Denny Laine after he left the Moody Blues and before he joined Wings. Blunstone's first album, One Year (1971), was his best, though the follow-ups Ennismore and Journey also had their moments. 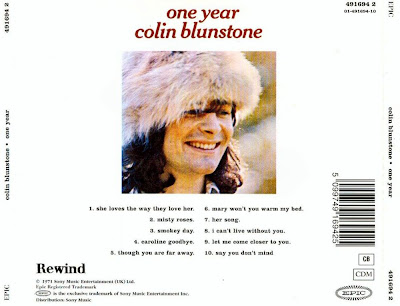 After the Zombies split in 1968, Colin Blunstone opted for the security of a 9-to-5 job and took a position with a London insurance company. However, the posthumous success of the Zombies' "Time of the Season" made a return to the music business almost inevitable. Blunstone accepted an offer from producer Mike Hurst to cut a remake of the group's first hit, "She's Not There" for Deram Records. Released under the pseudonym "Neil MacArthur," the record was a hit and two further MacArthur singles followed in 1969. Neither charted, and Blunstone soon decided to start recording under his own name. He ran into ex-Zombies Rod Argent and Chris White, who had just signed a production deal with Epic Records. The duo were eager to produce their former bandmate, and soon Blunstone was preparing his first album for Epic. Recorded between June 1970 and June 1971, the album was titled One Year (for the length of time spent making it). The initial sessions found Blunstone backed by Argent's new group, Argent, but later sessions saw the singer backed by Chris Gunning's lovely string arrangements. The first singles, "Mary Won't You Warm My Bed" and "Caroline Goodbye," flopped, but the third -- a cover of Denny Laine's "Say You Don't Mind" -- was a hit in Britain. Widely considered to be Blunstone's best solo album, One Year is the perfect showcase for his distinctive, breathy voice. He also came into his own as a songwriter on this record. Although he had penned only two songs during the Zombies' career, he was responsible for most of the songwriting on One Year, including such classics as "Caroline Goodbye" and "Let Me Come Closer to You."
Posted by: D&J на 08:11