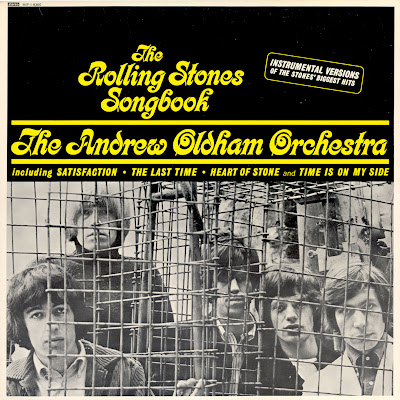 The Andrew Oldham Orchestra are a side project fronted by Andrew Loog Oldham, the original manager of the Rolling Stones. The Orchestra released four studio albums, East Meets West, 16 Hip Hits, Lionel Bart's Maggie May, and Rolling Stones Songbook. Rolling Stones Songbook features the orchestrated version of the Mick Jagger and Keith Richards song "The Last Time", which was sampled by The Verve for their track "Bitter Sweet Symphony".... 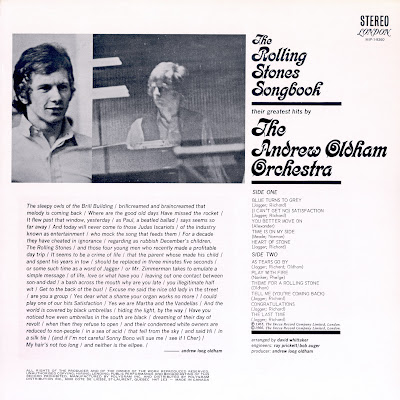 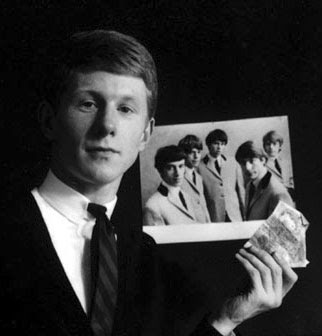 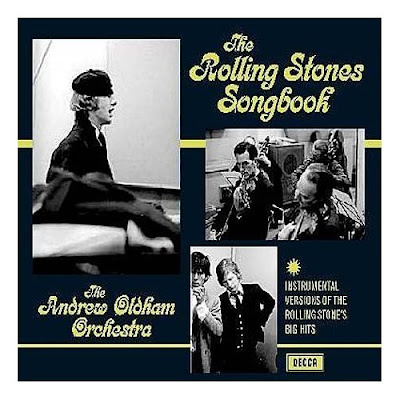 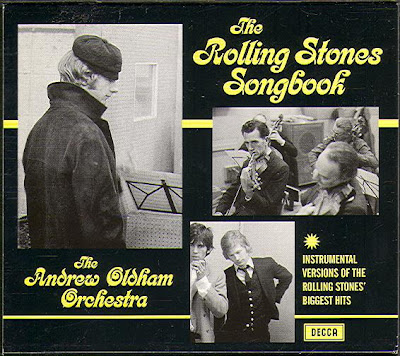 The longtime manager and producer of the Rolling Stones, Andrew Loog Oldham promoted and nurtured the group's notorious reputation as the bad boys of the British Invasion, orchestrating their ultimate rise to prominence as the "world's greatest rock & roll band."

Born in England in 1944, Oldham originally attempted to forge a performing career of his own, appearing under stage names like "Sandy Beach" and "Chancery Lane" to little notice from the pop establishment. He soon turned to working as a publicist in the employ of Brian Epstein, later coming into contact with the renowned American producer Phil Spector, a key influence on Oldham's subsequent dealings. An effusive Rolling Stones concert review inspired him to investigate the group further, and after taking in a performance at the Crawdaddy club in Richmond, Oldham began ingratiating himself into the Stones' circle, gradually convincing them to break a handshake agreement with impresario Giorgio Gomelsky in order to let him take over their reins.
Oldham immediately set about remaking the Stones' image, positioning them as a sharp contrast to the clean-cut Beatles -- snarling and unkempt, the group was engineered to strike fear in the hearts of suburban parents, their leering rebelliousness making them quick favorites among teen listeners. Producing their 1964 debut, The Rolling Stones (England's Newest Hitmakers), Oldham helmed no fewer than four other LPs for the group before the end of 1965 alone; additionally, he formed the Andrew Loog Oldham Orchestra to release symphonic albums including Plays Lionel Bart's Maggie May and East Meets West: Famous Hits of the Beach Boys and the Four Seasons. In 1965, he also formed the Immediate label with Tony Calder; under the slogan "Happy to Be a Part of the Industry of Human Happiness," the company became one of the best-known independent labels in Britain, with an impressive roster of artists which included the Small Faces, the Nice, John Mayall, and Chris Farlowe.

Following classic albums like 1966's Aftermath and 1967's Between the Buttons, Oldham's long-tenuous relationship with the Stones finally crumbled; by the end of the decade, Immediate had declared bankruptcy as well. He continued to work as a freelance producer, helming albums for Donovan (1973's Essence to Essence) and Humble Pie (1975's Street Rats) before relocating to New York City and assuming a small office in the famed Brill Building. Oldham attempted to return to the management game in 1978, backing a Texas-based band called the Werewolves and producing their self-titled debut LP, but attracting little notice for his endeavors. Upon marrying a Colombian film star, he began spending more and more of his time in Bogota. By the '90s, she and Calder began making plans to revive the Immediate imprint, and in 1995 the duo also published The Name of the Game, a book about -- of all subjects -- ABBA. ~ Jason Ankeny, All Music Guide

3. You Better Move On

8. Theme for a Rolling Stone

11. Last Time - Andrew Oldham Orchestra
This track, 'The Last Time', has its own story, which centres around its use in The Verve's aptly titled, 'Bittersweet Symphony'. I won't go into details, but it's suffice to say The Verve were screwed out of 100% of the publishing royalties of their biggest hit. It is interesting to note that the Stones version of 'The Last Time' was itself inspired by The Staple Singers arrangement of a traditional spiritual, 'This May Be The Last Time'.

This is a beautiful tune and well worth a listen, but it is hard to get past the absent vocals of Richard Ashcroft.

Email ThisBlogThis!Share to TwitterShare to FacebookShare to Pinterest
tags The Andrew Oldham Orchestra