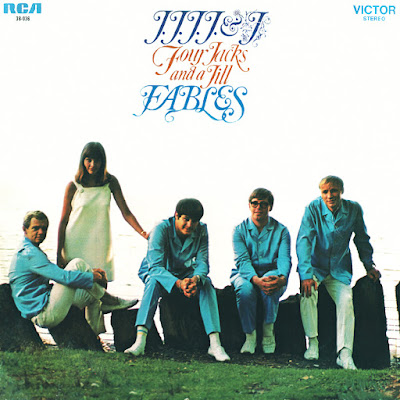 Four Jacks & A Jill is one of few South African groups to score a Stateside hit. Their folksy tale "Master Jack," made the Top 20, nesting at #18, June 8, 1968. The members were Glenys Lynne (Jill), Clive Harding (bass), Till Hanamann (guitar), Bruce Barks (guitar), and Tony Hughes (drums). Glenys sung lead and had a voice that was undeniably folksy, rather she tried to sing that style or not, everything came out that way. Their second single "Mr. Nico" made the States chart too, but barely, entering the Pop 100 and immediately stalling at #98. The four guys sans Jill originally formed in 1964 and went through two name changes before adding Glenys and becoming Four Jacks & A Jill. Out-the-box they scored a South African hit entitled "Timothy." Unfortunately, they never graced the charts in the States after "Mr. Nico," but remained viable and quite popular in South Africa. 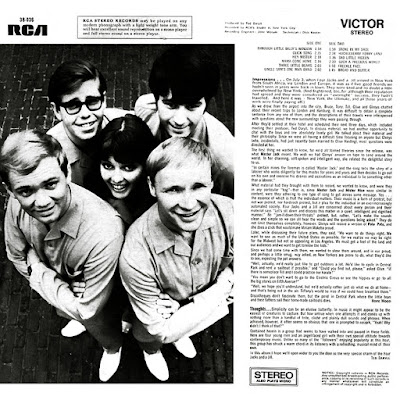