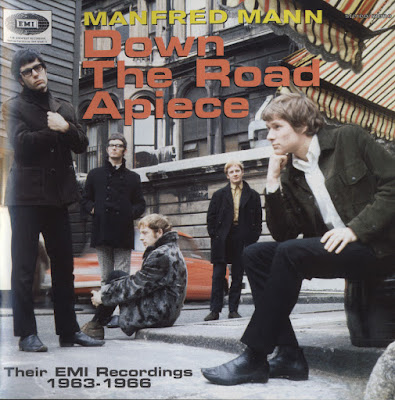 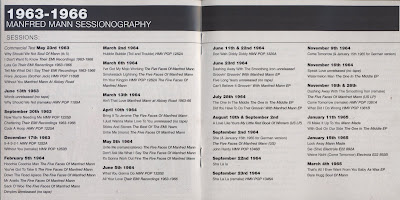 Manfred Mann was a band that never got a lot of respect, least of all from their own record label, EMI. They generated hits on both sides of the Atlantic and released their share of albums, singles, and EPs. But apart from the hit singles (which, in keeping with the practice of the time, were separate from and not represented on their U.K. albums), one had a real sense that it was only the most serious listeners (and primarily other musicians) who were listening to their records, especially when you took original lead singer Paul Jones out of the equation, which is exactly what EMI did in 1966 by signing him as a solo act and then dropping the band from its roster. They survived this indignity and went on to record a string of subsequent hits on Fontana with lead singer Mike d'Abo, and more albums that showed off what they could really do, before the members went their separate ways in music at the end of the '60s. Over the years, however, few bands covered them and they weren't often cited as an influence the way that the Who, the Kinks, the Animals, the Small Faces, and even the Move were. There have been earlier reissues of their EMI recordings -- still, the exhaustive (yet not exhausting) four-CD set Down the Road Apiece: Their EMI Recordings 1963-1966 can almost be regarded as the company's apology to the band, a long-overdue vault raid that issues every single, EP track, and LP track ever released by the band, plus a tiny handful of surviving outtakes, that the group left behind. 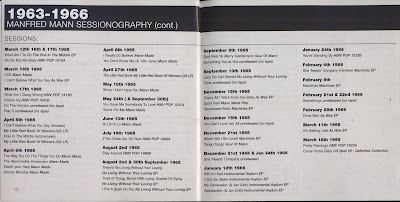 Influence is not the same as accomplishment, and Manfred Mann, in their earliest incarnation, were certainly accomplished, as musically adept as any of their peers, and more versatile than most. With the exception of the Beatles, there's not a major act on the EMI roster whose library contains so much seriously worthwhile music, so densely packed with virtuosity and inventiveness -- and none (including that of the Beatles) that veers so wildly around the definition of pop/rock, the singles usually serving as nothing more musically than an accessible anchor for all kinds of jazz-cum-R&B excursions, all compartmentalized in neat little three- to five-minute packages; for all of their ambitions, the Manfreds understood the needs and limitations of pop listeners, and as this set demonstrates, they were always trying to reach them in form if not style, and draw them to their "real" sound and the sensibilities behind it. In that sense, they were every bit a musically subversive (in the best sense) as the Rolling Stones -- what's more, collectively, they were also a bit reminiscent of big-band jazz legend Jimmy Dorsey, a heartbreakingly talented musician for whom stardom, band leadership, and pop success were merely the means to get to play what he liked. The very size of this set -- four discs, just three cuts shy of 100 tracks, over four hours long -- means it's for serious listeners, but that doesn't mean that it's only for the already converted, as this, more than hits compilations, really illustrates how different Manfred Mann were from their peers: jazzier and stylish, not as gritty or hard -- the cover photo illustrates just how odd they were in the company of the Beatles, Gerry & the Pacemakers et. al, five guys who looked more like ex- (and not so ex-) beatniks and jazz musicians (and one who could pass for an accountant), more than pop stars. But they pulled off the masquerade musically and generated enough hits to keep countless best-of compilations in circulation for decades. Here's the chance to hear the rest of their work, in phenomenal sound, and all annotated by bassist/guitarist Tom McGuinness, no less (supported by a full sessionography and discography). 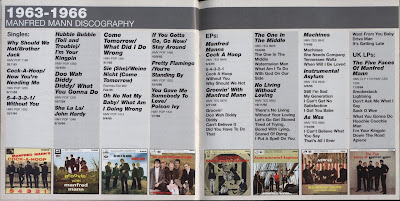 That Manfred Mann were a different band than the rest is immediately evident from the first track here, "Why Should We Not," a slinky minor-key instrumental that plays like Ellington's "Caravan" with a blues harp. Throughout their EMI recordings, Manfred Mann alternated between these jazzy numbers and rave-ups that sounded like a cleaned-up Yardbirds. Manfred Mann's organ could be reminiscent of the Zombies, but they never were as pop as the Zombies -- they were a hardcore rhythm & blues outfit, grooving like an Animals with no sense of menace. This isn't a detraction, it's a distinction, as that sense of jazzy, swinging sophistication separates them from the rest of the British Invasion. Indeed, it's hard to think of another band of their era whose biggest hit -- of course, a cover of the girl group classic "Do Wah Diddy Diddy," a single that remained omnipresent for decades -- was so misleading, not giving a real hint of what the band was all about. Certainly, their first album, 1964's The Five Faces of Manfred Mann, was a better representation of their jazz and R&B sensibility, but their jazz nature is easier to discern on this set, assembled as it is in session order and ending in 1966. All of this is not to say that Manfred Mann didn't cut pop singles in an attempt to follow up "Do Wah Diddy Diddy" -- there are other poppier covers of girl group tunes, plus an early cover of Dylan's "If You Gotta Go, Go Now" in 1965, and they finally had another big hit in both sides of the Atlantic with 1966's "Pretty Flamingo" -- and there are enough relatively hidden pop nuggets like the wonderful "Tired of Trying, Bored with Lying, Scared of Dying" to make this well worth digging through for British Invasion pop fanatics. But the enduring impression here is of an exceptionally skilled, versatile R&B combo, one whose nimble touch is easier to appreciate and love when heard in bulk as it is in this set, their gift becoming more apparent the more music is heard. 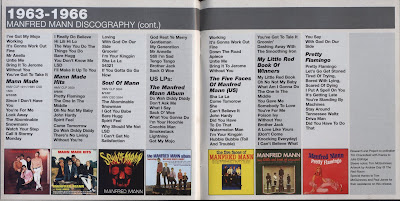 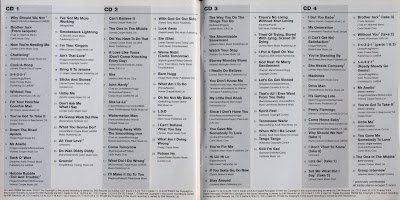 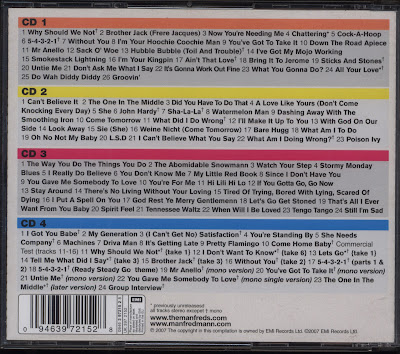