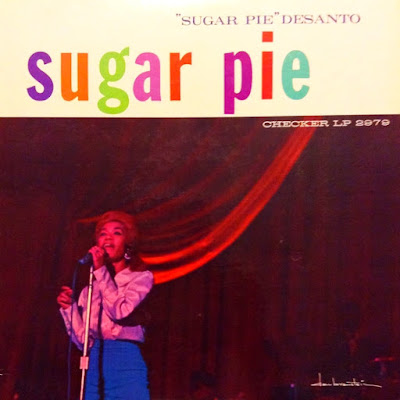 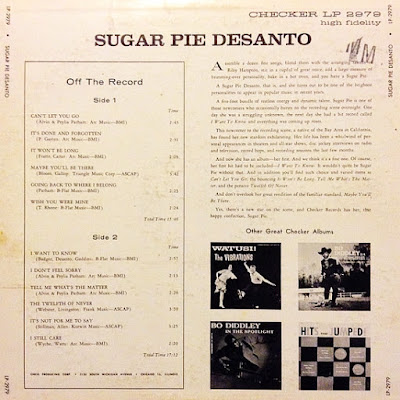 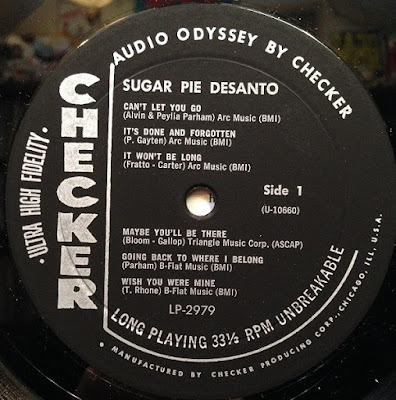 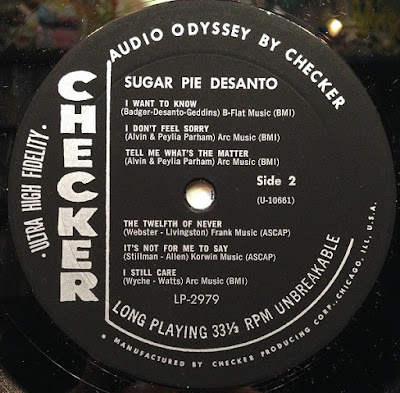 Sugar Pie DeSanto - real name: Umpeylia Marsema Balinton. Popular rhythm 'n' blues - soul - blues songstress - songwriter. Born on October 16, 1935 in Brooklyn, New York. In the 1950s and '60s toured with both Johnny Otis and James Brown, collaborated with Etta James, married to Alvin Parnham, a.k.a. Pee Wee Kingsley and changed her name to Peylia Parham. After their divorce she moved to Chicago, where she kept on recording successfully and writing songs for other artists, often along with Shena DeMell. She was given a Bay Area Music Award in 1999 for best female blues singer. In September 2008, she was given a Pioneer Award by the Rhythm and Blues Foundation. Received a lifetime achievement award from the Goldie Awards in November 2009.