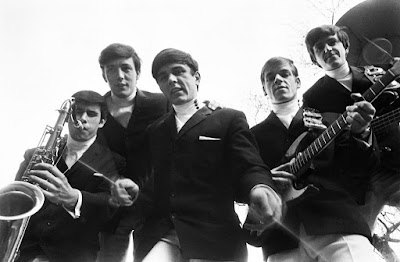 In the early years of the British Invasion, two bands vied for supremacy: the Beatles and the Dave Clark Five.

Granted, the Fab Four from Liverpool out-charted the five lads from London, but almost no other band—not the Rolling Stones, Kinks or Animals—came close to the Dave Clark Five’s hit-making prowess from early 1964 to mid-1966. During that period, the “DC5,” as they were known in fan shorthand, placed fifteen consecutive singles in the U.S. Top 40. It is one of the most impressive statistical feats of the British Invasion.

Their historic run began with “Glad All Over” and ended with “Please Tell Me Why.” In between came such hooky, high-energy hits as “Bits and Pieces,” “Can’t You See That She’s Mine,” “Any Way You Want It,” “Catch Us If You Can,” “Over and Over” and “Try Too Hard.” Even after the Top 40 string was broken, when “Satisfied With You” stalled at Number Fifty, the DC5 continued to make the charts through 1967, hitting the Top 10 once again with “You Got What It Takes.” By the time it was all over, the Dave Clark Five had sold 50 million records.

The DC5 were regulars on the American charts at the height of the British Invasion because their records were, quite simply, fun to listen and dance to. They cut original material and covered American rock and roll and R&B songs, such as Chuck Berry’s “Reelin’ and Rockin’,” Chris Kenner’s “I Like It Like That” and the Contours’ “Do You Love Me.” They pursued success as hungrily as the Beatles, working exhaustively to establish themselves in America. They launched their first U.S. tour shortly before the Fab Four, ultimately undertaking six coast-to-coast tours. The DC5 also appeared on The Ed Sullivan Show—the Sunday-night variety show that helped break so many rock and roll acts in that era—an amazing eighteen times. (By contrast, the Beatles performed on the Sullivan Show four times.)

There was an effort to fabricate competition between the Beatles and the Dave Clark Five, framing it as the provincial north of England (Liverpool’s Beatles) versus the hip, urbane south (London’s DC5). The Dave Clark Five, who hailed from the North London suburb of Tottenham, were declared purveyors of the “Tottenham Sound.” In reality, there was no head-to-head competition, and the bands were friendly with one another. The Dave Clark Five were content to make solid, danceable pop records. The sound was contemporary, but the spirit was similar to that of the rhythm & blues and rock & roll from the Fifties. “The music was fun,” Mike Smith told Goldmine in 1988. “It had no message. It was just supposed to be about fun and good times.” Dave Clark asserted in his liner notes to the 1993 CD compilation, The History of the Dave Clark Five, “The DC5 was originally formed for the fun of playing the music we all enjoyed.”

The Dave Clark Five signed to Columbia Records in the U.K. and Epic (a Columbia subsidiary) in the U.S. The contract represented a farsighted leap on bandleader and business manager Dave Clark’s part. He insisted and won creative control over the band’s output, including final say over what songs could be released as singles. He set up a publishing company for the band’s original material. As their producer, he negotiated a figure that was considerably higher than the going rate for independent production at the time. He also inserted a reversion clause that returned ownership of the band’s recordings after a specified time. In essence, Clark called all the shots, making the Dave Clark Five one of the few Sixties bands that were not bound by grossly unfavorable standard record contracts. Nowadays, there is a lot of talk about artistic control and independence, but Dave Clark drew up the blueprint at the dawn of the first British Invasion.

In much the same spirit, the Dave Clark Five quit while they were ahead. The group disbanded in 1970. They could have taken what work was available or reunited at a later date, when Sixties nostalgia became all the rage. Instead, they let their music speak for itself and its time. When a promoter called Clark in the early Eighties with a lucrative offer for a reunion tour, Clark declined. Sometimes what a band doesn’t do says as much as what they have done. “We can’t better what we’ve done,” Clark said in 1993. “I’ll leave that to the exciting new acts.” 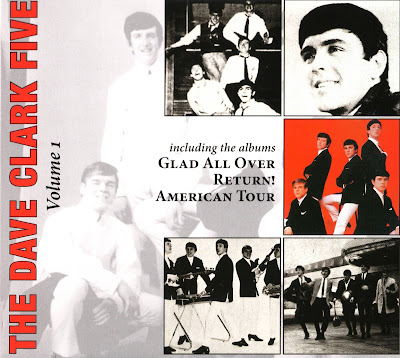 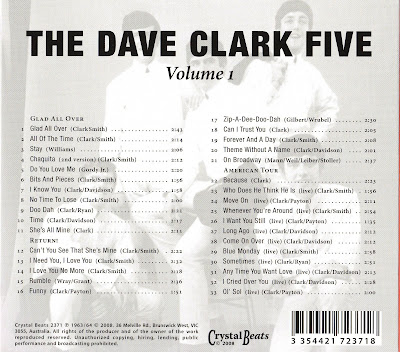 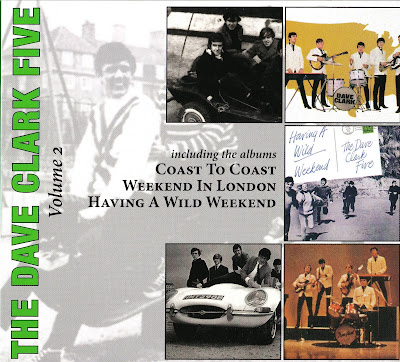 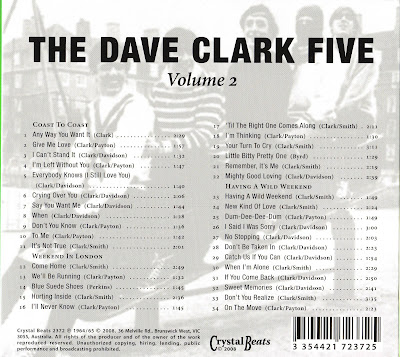 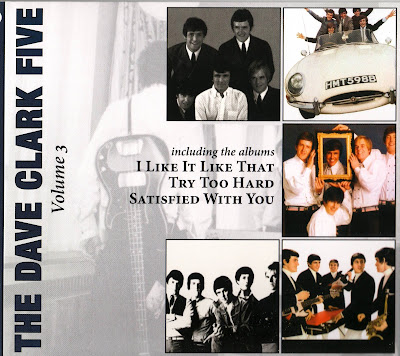 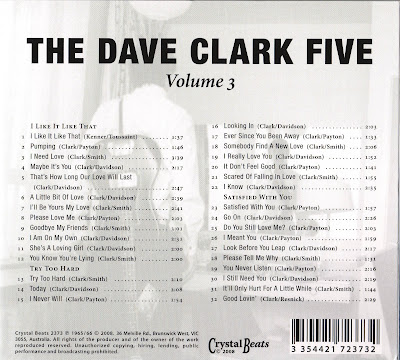 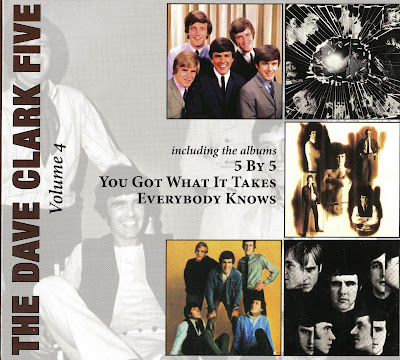 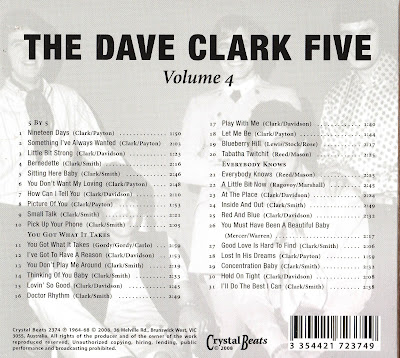 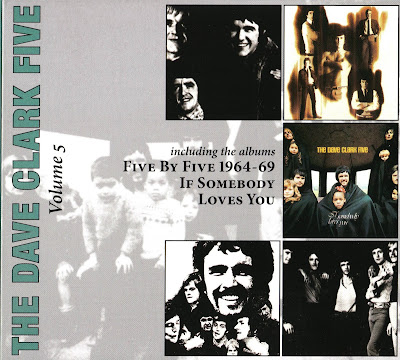 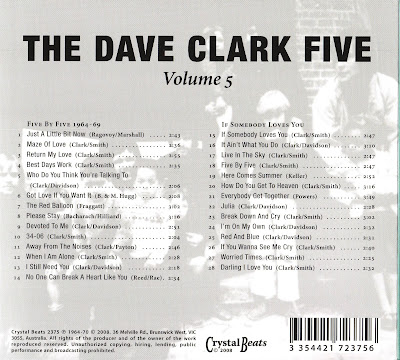 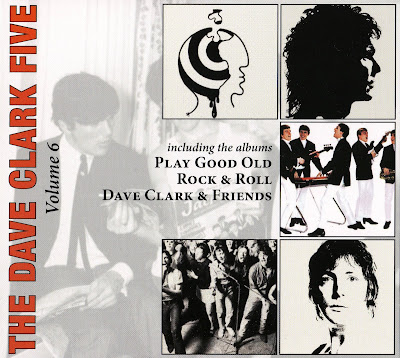 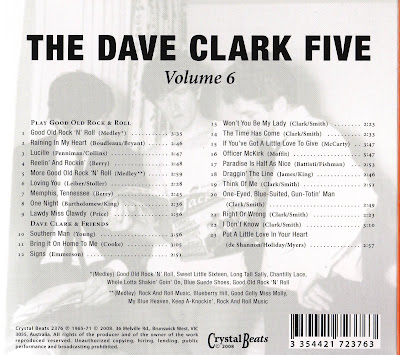 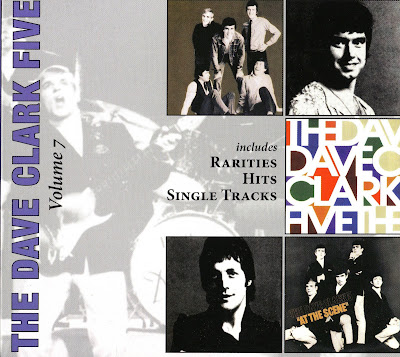 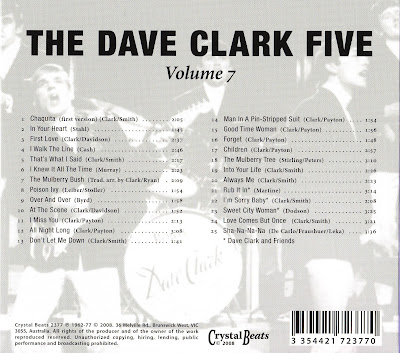