The Enfields & Friends Of The Family - The songs of Ted Munda 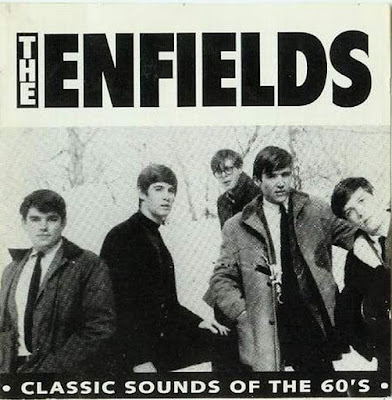 Upon the demise of The Enfields (a Wilmington, Delaware outfit), Ted Munda quickly formed another band with John Rhoades and two former members of another local band The Turfs, Wayne Watson and Jimmy Crawford.

In May 1967 they entered the Virtue Recording Studios in Philadelphia to record a six song demo, which several labels (including Kama Sutra) expressed an interest in but none would actually release.

John Rhoades left the band in the late Summer of '67, being replaced by Linzee Lee and Ray Andrews, and a further five original songs were recorded in July '68. They were all passed over at the time, however, in favor of the two tracks Can't Go Home and How You Gonna Keep Your Little Girl Home, which were penned by Cameo Parkway staff writer Neil Brian.

In fact, the band were only allowed to sing on these two cuts, with hired session musicians playing all the instruments. Subsequently, the band fell out with label owner/producer Joe Renzetti, and went their own way... they didn't record again, but did get to open for The Who and Pink Floyd at the Philadelphia Music Festival in late '68, shortly before they split. 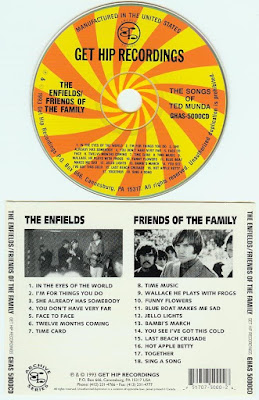 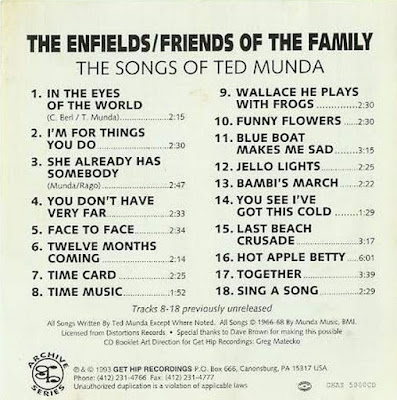 tags Friends Of The Family, The Enfields