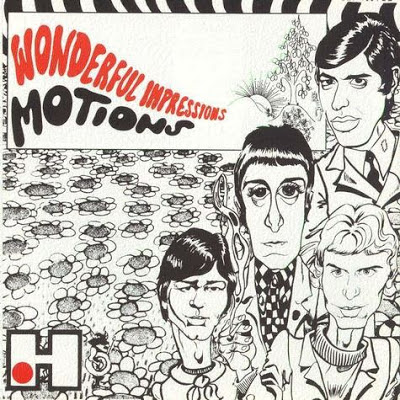 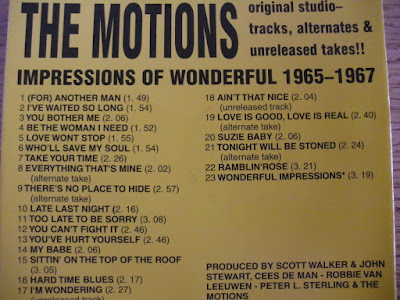 The Motions from The Hague were one of the bigger groups of the 1960s Dutch beat explosion. They were formed out of the remnants of Ritchie Clark and the Ricochets in 1964 and went on to become hitmakers for the next several years in the '60s. The Motions were much loved abroad, even in the USA. The Walker Brothers even recorded a song The Motions had written and helped in the production of the group's second LP; The Motions were also brought to the USA in 1968 and presented to the public as one of the world's top hit-making pop groups! The single, "Freedom", reached high in the American charts.

Although the group disbanded in 1971, the most imporant members have met each other again and again in new groups such as Crossroad, Greenhorn, Jupiter and Galaxy Lin.