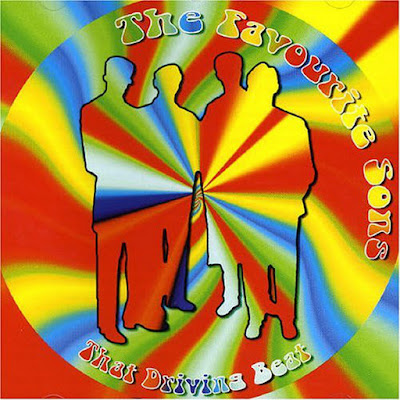 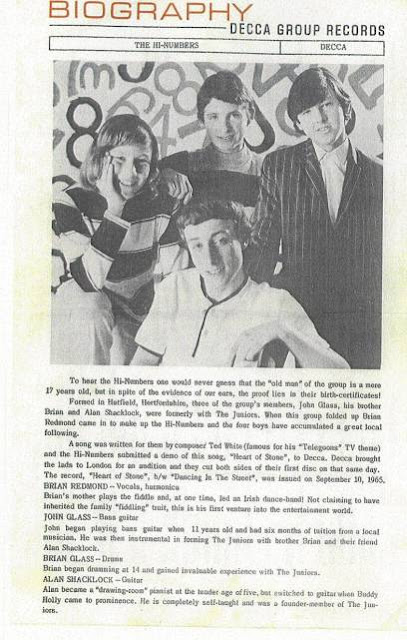 The story starts at Burleigh School in Hatfield in 1964, where a bunch of 14/ 15 year olds formed a group called The Juniors. Among their number were two guitarists, Alan Shacklock and Mick Taylor, a sibling rhythm section of John (bass) and Brian (drums) Glascock (who both took the surname Glass for their showbiz endeavours), and a vocalist by the name of Malcolm Collins. With every Beat group in the country being snapped up by rabid A&R men it's no surprise that The Juniors found themselves cutting a single for Columbia. Publicity (what little there was) put great emphasis on the extreme youth of the group members, but "There's a Pretty Girl"/ "Pocket Size" (Columbia DB 7339) predictably missed the charts. more : 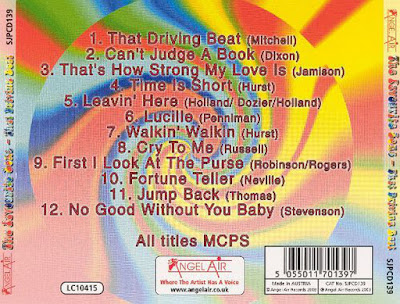