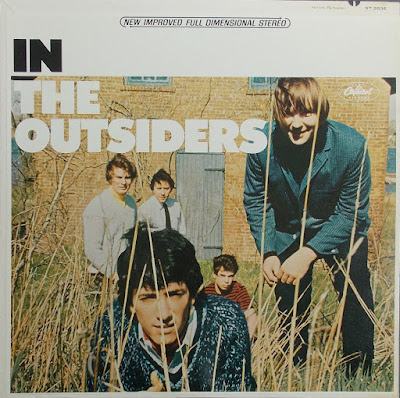 Their third album out, the Outsiders scored another success with 11 worthwhile songs. And this time out, the sound is pretty much as soulful as this band ever got on record. The fact that this was barely the same band that had been heard on their first two albums, or most of the singles to date, shouldn't have been too very important to anyone buying this album -- the performances, whoever was actually playing, were first-rate, and the only thing that prevented this album from rivaling the group's killer debut LP was the absence of a killer original like "Time Won't Let Me." But, as there was hardly a weak moment anywhere else, that was more than enough compensation for the lack of a monster (and totally, infectiously familiar) hit. Indeed, it's so strong that they could even be forgiven for covering a wimpy Tommy Boyce/Bobby Hart pop number like "I Wanna Be Free." Ironically, for all of the care that the band put into the performances here, Capitol apparently couldn't be bothered to list the songs in the correct order on the back jacket. As with the rest of the group's LP library, In has never been officially re-released on CD. ~ Review by Bruce Eder 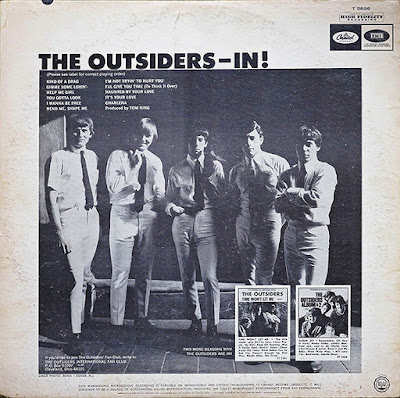 tags The Outsiders (US)