The Tropics - As Time's Gone 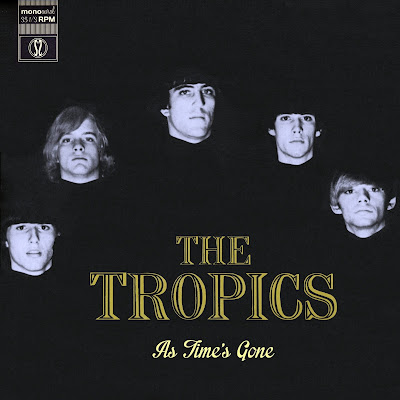 Based out of Tampa Florida, The Tropics began as a seven piece horn band featuring Mel Dryer on lead vocals, Buddy Pendergrass on guitar and Spencer Hinkle on drums, with Wayne Guida on Trumpet and Ronnie Ferrer on sax. After 1964, the band changed styles, and became a Beatle type band, adding Eric Turner on guitar and Charlie Souza on Bass, dropping the horns and hiring a new drummer, Bobby Shea, They took on manager Margie Sexton, owner of the famous "SURFER'S CLUB," at Madeira Beach, Florida, a teen-age night club in the mid 1960's.
In 1966, The Fabulous Tropics won The Inter-national Battle of the Bands held at the famous McCormick Place in Chicago, Illinois. The Band took first place over more than 1000 bands, which included such names as Chicago and Tommy James & The Shondells. Out of that came a recording contract with Columbia Records in New York and the single "Take the Time," produced by Teo Macero, which made it to the top of the charts and got a 92 on Dick Clark's American Bandstand! 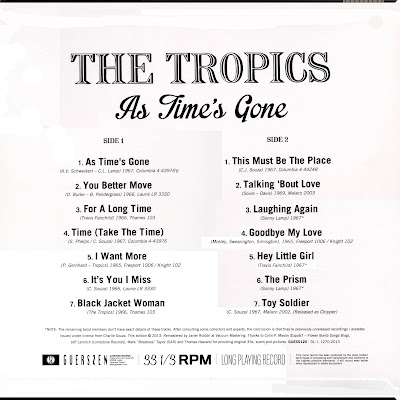