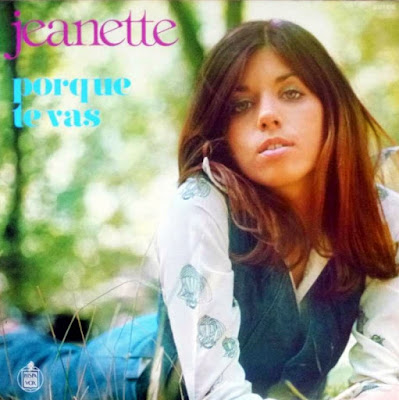 Janette Anne Dimech, known professionally as Jeanette, is a British-born Spanish singer. She first rose to prominence as the lead singer of Pic-Nic, a teenage folk-pop band that topped the charts in 1968 with her song "Cállate niña". Jeanette returned as a solo artist in 1971 with the Hispavox single "Soy rebelde", which redefined her career as a romantic balladist and was hit across the Spanish-speaking world, becoming a generational anthem.
In 1976, Carlos Saura included Jeanette's 1974 song "Porque te vas" in his film Cría cuervos, which propelled it to become a major hit and one of the most famous Spanish pop songs of all time. After the international success of "Porque te vas", Jeanette worked in France and Germany until she returned to the Spanish market with the 1981 album Corazón de poeta, which includes several of her most famous songs. The commercial reception of Corazón de poeta allowed her to record two more albums with RCA Victor—Reluz in 1983 and Ojos en el sol in 1984—which were unsuccessful. Her last studio album, Loca por la música, was released in 1989 on independent record label Twins and sought to reinvent her style with techno-pop influences.
The figure of Jeanette has been revalued in the 21st century and she is now considered a cult artist and an influence on Spanish-language indie pop. In 2010, 20 minutos described Jeanette as "a legend of Spanish music and muse of independent pop".
During the 1960s Jeanette learned to play guitar and began to write her own songs. She styled her music after American folk music, and her idols included Bob Dylan, Donovan, and the Byrds. Later she joined the student band Pic-Nic as a singer, and in 1967 they had a measure of success with a folk version of the Spanish children's song "Cállate niña" (in which Jeanette had co-written). Other notable songs of theirs included "Amanecer" and "No digas nada". However, constant disagreements among members, such as whether or not to record English versions of their songs, ended with the dissolution of the group 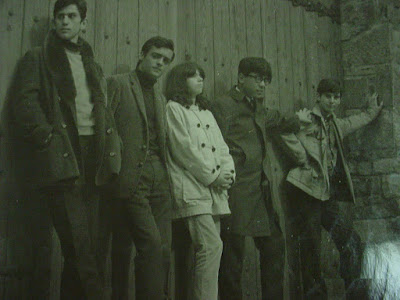 After the dissolution of Pic-Nic, Jeanette resumed her course, but overnight received a call from her former record label Hispavox, the same label she was on during her tenure with Pic-Nic. This time the label said that they had a project for a singer and Jeanette must be it. She came back to Spain and to the music. Jeanette settled in Barcelona in 1971 to start her solo career. At the start of the 1970s, she began her solo career with her hit first single, "Soy Rebelde"[4] ("I am a rebel"). On the single, the record label misspelt her name as "Jeanette" (her correct spelling is Janette without the first "e".) Ever since then, her stage name has been spelt with the additional "e". The single first enjoyed success in Spanish-speaking countries and later broadened its influence with French ("L'inconnu qui m'aimera"), Japanese ("あまのじゃく") and English versions. This song and others penned by Manuel Alejandro, such as "Estoy triste" and "Oye mamá, oye papá" ("Listen mama, listen papa"), established her as an artist in Spain. Palabras, promesas ("Words, promises"), written by José Luis Perales was released in 1973. In this LP were released all the singles and recorded from 1971 to 1973. 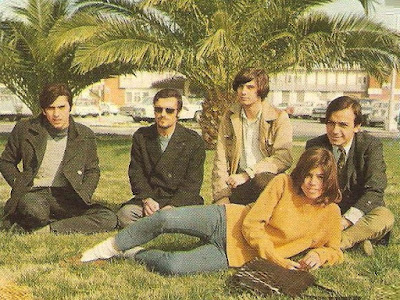 Her greatest success, "Porque te vas" (Because you are leaving), written by José Luis Perales, became an international hit when the song was used in Carlos Saura's 1976 film Cría Cuervos (Raise Ravens). 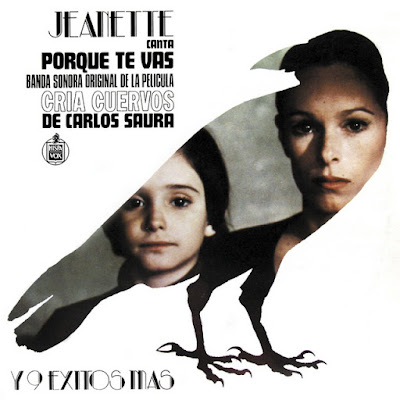 In Austria it reached number 13, in Switzerland number 4, and in Germany reached number 1.[5] On 12 February 1977, Jeanette sang the song in the popular German program Musikladen (programme 31). The song also enjoyed popularity in Russia; still often heard on Retro FM, a nationwide Russian station. It was, and still is, often heard on the national radio in Poland. The song had been released in Spain two years prior to the movie with moderate success. It was its inclusion in the movie that made it a success.
https://en.wikipedia.org/wiki/Jeanette_(singer)
https://en.wikipedia.org/wiki/Porque_te_vas
https://en.wikipedia.org/wiki/Cr%C3%ADa_Cuervos
The story of one song: Jeanette "Porque te Vas" (aka "The Last Time" performed by the Soviet group "Merry Boys")
"Born in the USSR will recognize this song from the first chords" 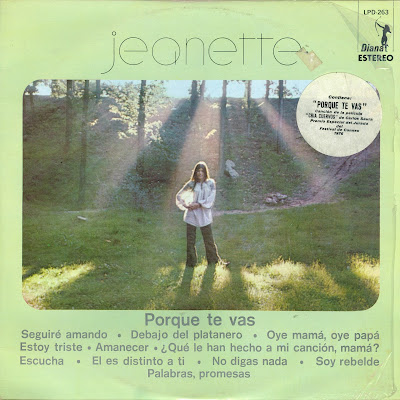 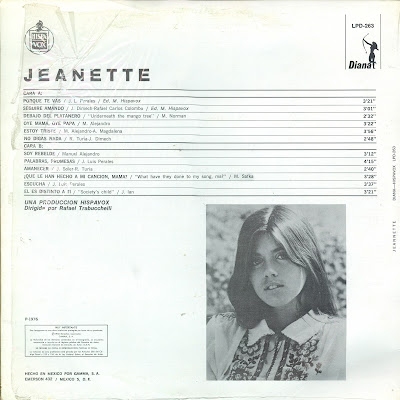