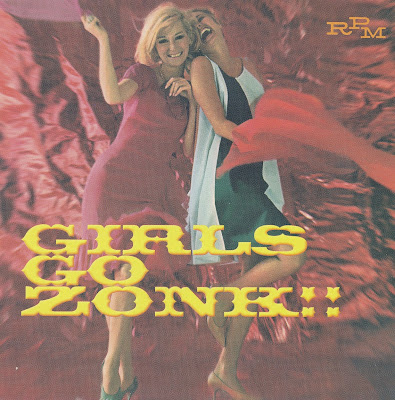 Subtitled "a fab collection of rare and hard to find US Beat Chicks and Harmony Honeys of the '60s," Girls Go Zonk: US Beat Chicks and Harmony Honeys gathers 22 rare, or certainly rarely anthologized, 1963-1968 sides in the girl group (or girl group-related) style. Like many such compilations, it's a mix of standout obscurities and forgettable (if pleasant and well-produced) obscurities, though there's enough here to make this worthwhile for dedicated fans of the genre. As for the best items, Roberta Day's yearning ballad "Someday" would find a place of honor on the very best Phil Spector-soundalike productions of the mid-'60s; it's that good. Also highly worthy, and highly Spector-esque (as are, in fact, the majority of songs on the disc), are the Girls' ominous, Shangri-Las-like "Chico's Girl" (written by frequent Spector tunesmiths Barry Mann and Cynthia Weil), and the Satisfactions' "Daddy You Just Gotta Let Him In." Not that Spector-esque, but very good in a brassy, uptown pop-soul way, is the Dynells' "Just a Face in the Crowd." That about does it for cuts that would find their way onto a best-of '60s girl group non-hits compilation, but there are some other nifty tunes here, starting with Sharon Marie's "Run-Around Lover," which in addition to being another Spector homage was co-written by Brian Wilson and Mike Love of the Beach Boys. Patti Seymour's "The Silencers" has a very cool girl group-meets-'60s spy movie sound; the Kane Triplets score novelty points for doing a vocal version of "Theme from Mission Impossible"; the Murmaids, the one-shot group of "Popsicles and Icicles" fame, do a credible 1968 cover of Traffic's psychedelic classic "Paper Sun." And Verdelle Smith's "Tar and Cement," which sounds like a country-folk-tinged Dusty Springfield, was not only (unlike the rest of this stuff) an actual Top 40 hit (in 1966); it was also done in a French-language version by Françoise Hardy (as "La Maison Ou J'ai Grandi"). 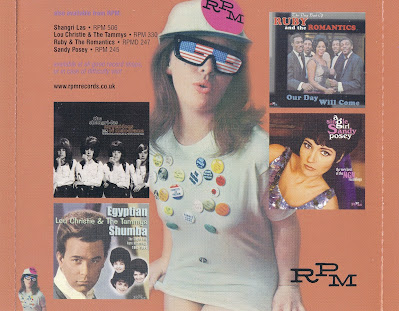 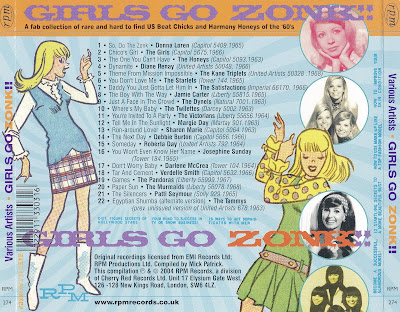