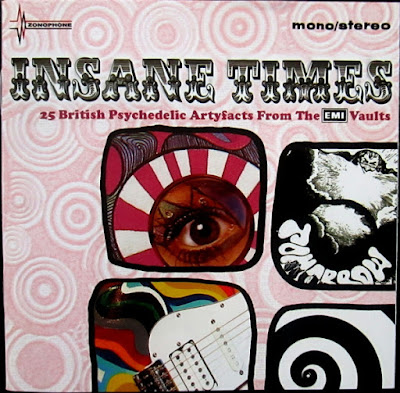 The suitably titled Insane Times (2007) is a U.K. compilation marking the 40th anniversary of pop music's psychedelic renaissance with over two dozen obscure gems from the voluminous EMI archives. The package's chief compiler and researcher, John Reed, quickly points out in the preface to his track-by-track annotations that while a volume dedicated to EMI's tie-dyed rarities should boast Pink Floyd's "Vegetable Man," the Beatles' "Carnival of Light," and Donovan's demo of "Hurdy Gurdy Man," these known and widely bootlegged selections could not be accessed due to "contractual reasons." While those specific songs may not have yet seen the digital light of day, there are still plenty of goodies that are getting well-deserved exposure. Some, for the first time, in quite literally decades. Several of the bands found on this anthology were home (albeit briefly) to up-and-coming stars. Before joining the ranks of Yes, Steve Howe contributed to Tomorrow's sonic psychosis on "Real Life Permanent Dream." In deference to the liner notes, siblings Michael Giles and Peter Giles had yet to meet Robert Fripp when they were known as the Brain and responsible for the "Nightmares in Red" surreal pastiche of melody and dissonance. On the completely other side of the stylistic spectrum, former Yardbirds member Paul Samwell-Smith offers the dark, self-penned ballad "World Spinning Sadly." Incidentally, the Zonophone spin-off imprint is named for one of the earliest known portable turntables. It came housed in a self-contained case and was first used to demo the so-called "talking machines" in the more technologically challenged regions of the United States. 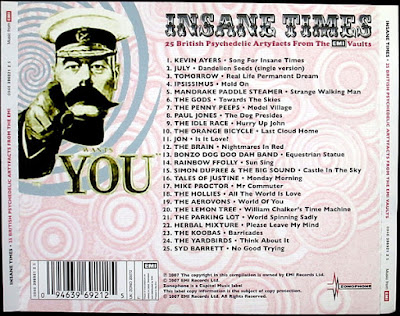