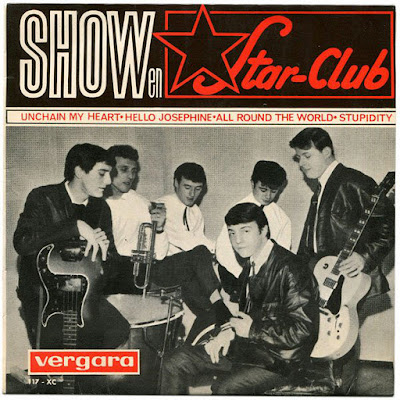 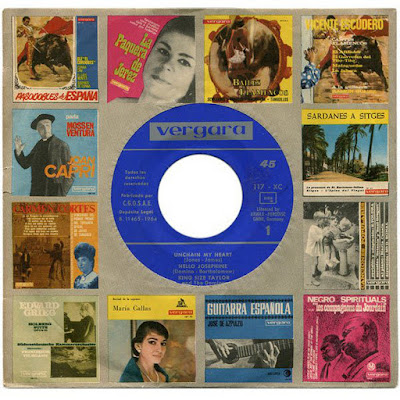 Taylor led one of the most exciting Liverpool beat groups during the early 60s, but approbation in their homeland was undermined by an almost perpetual residency in German clubs. Originally signed to Philips Records, they completed several singles not issued in the UK before compounding this anonymity by agreeing to record for Polydor Records as the Shakers. Let’s Do The Slop, Twist, Madison, Hully Gully With The Shakers was a worthwhile resume of R&B/soul staples, but the unit’s complex series of recordings is best exemplified in their rendition of Solomon Burke’s ‘Stupidity’. This compulsive release, credited to Taylor and the Dominoes, was one of the finest of the genre, but the band ceased recording later that year following a live EP culled from a set at Hamburg’s Star Club. Taylor achieved notoriety during the 70s when his reel-to-reel tape of a Beatles performance at the same venue formed the basis for several archive packages. A Dominoes set on the same spool - the prime reason for its initial recording - did not generate the same interest although their version of ‘Hully Gully’ has erroneously, crept into several aforementioned Beatles releases. 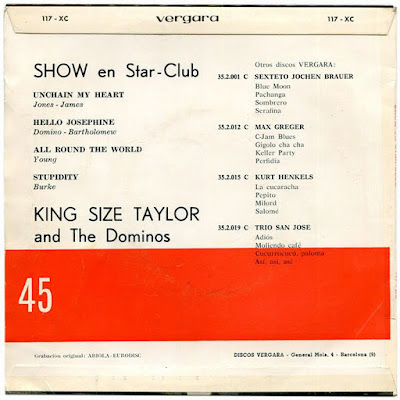