The Searchers - The Swedish Radio Sessions 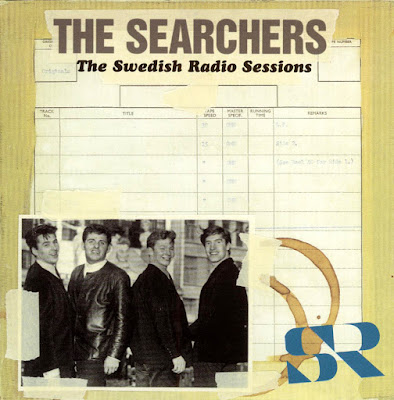 Review by Richie Unterberger
The 25 songs on this jam-packed single disc happen to have been recorded in 1964-1967 for Swedish radio, not the BBC, and in front of an audience, not live in the studio. But otherwise it's the same kind of deal you get with BBC session compilations: a chance to hear a group perform material live, with a slightly different, looser feel than the studio versions and with some songs that don't show up in the band's studio discography thrown in. In this case, collectors might be most interested in the handful of tunes here that the Searchers didn't record in the studio during their prime Pye 1960s era: Fats Domino's "Let the Four Winds Blow" (two versions), "Red Sails in the Sunset," "Memphis Tennessee," "What'd I Say" (two versions, though they did perform this on their live Hamburg album), and "See See Rider/Jenny Take a Ride." Other than that, it's a mix of some big hits and cover versions, the big hits including "Needles and Pins" (three versions no less), "What Have They Done to the Rain?" (without the strings of the hit single), "When You Walk in the Room," "Take Me for What I'm Worth," "Ain't That Just Like Me," "Have You Ever Loved Somebody," and "Sweets for My Sweet." The sound is very good, and the performances are good as well. You actually hear three different Searchers lineups over the course of the three separate sessions: with Tony Jackson on the spring 1964 session, with the same personnel except that Frank Allen replaces Jackson on the December 1964 session, and with John Blunt in place of Chris Curtis on the May 1967 session. Actually, Blunt plays inappropriately busy, heavy-hitting drums on the 1967 takes of "When You Walk in the Room" and "Needles and Pins," but overall this is a good supplementary pickup for the serious Searchers fan. 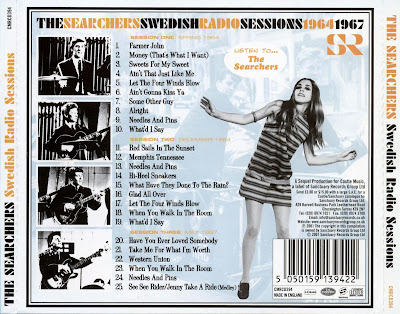