Mp3\88Mb
******
The Phantoms was formed in the early 1960s as a skiffle-group called the Scramblers by three Cambridge-lads Kenneth 'Ken Levy' Leverington, Cliff Gentle and Dave Cooke. The drummer Robin Bailey was found from another local band the Red Caps, and the line-up was completed when the vocalist Johnny Culham joined them. Although the Phantoms was basicly an instrumental-group, strongly influenced by the Shadows, they also did some vocal-numbers.
For some reason, the Phantoms released only one single in their homeland (and probably one mysterious promotional-only LP). However in Scandinavia, the Cupol label (subsidiary of Palette Records) got intrested of the band, and asked them to back-up the Norwegian rock'n'roll hero Per-Elvis (Granberg) for his 14-days tour in Norway in 1963. Culham didn't participate, and soon after he had left the group for good, Levy replaced him as a lead vocalist and the groups' front man. At a time, their style changed more and more towards to straight rock'n'roll and r'n'b, recording for instance songs like "Honey Don't", "Baby Let's Play House", "Shakin' All Over", "Move It" etc. The Phantoms toured at least once in Finland, and several times in Sweden, where they finally settled down for years, enjoying of quite fruitful success at the local chart-lists
******
Album information: 30 Tracks (SW Beat) 1963-65One of the best beat group of the world.
1. Round n Round 2. Shakin All Over 3. Long-John Silver 4. Twilight Time 5. Move It 6. Ten Green Bottles 7. I Am Talkin Bout You 8. Missed Out 9. Johnny B. Goode10. One Heart For Me 11. Durango 12. I Wish (You Could See Me Now) 13. Baby Jean 14. Baby, Lets Play House 15. Windy And Warm 16. Reelin And Rockin 17. Misty 18. Sick And Tired 19. Sweet Little Sixteen 20. High Heel Sneakers 21. Ooie 22. You d Better Let Him Go 23. Honey Do Not 24. Gone, Gone Gone 25. Chasing Shadows26. I Am Taking My Baby Home27. It Is Only Make Belive28. Tell Laura I Love Her29. Smokey30. Chiming Bells
******
LINK
Posted by: D&J (Dmitrich) на 15:01 No comments: 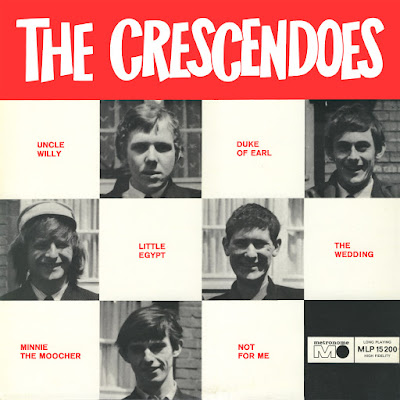