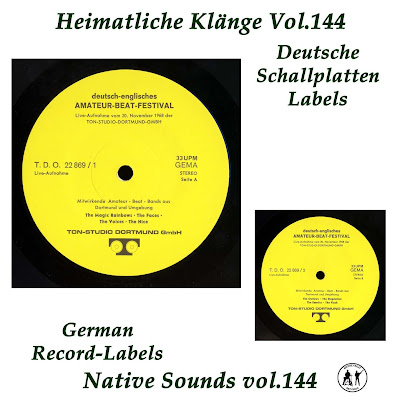 THE NEW INSPIRATION 2 Albums on 1 CD

The group was founded around the beginning of the 60s under the name The Black Fellows and did well in the Ghent club circuit as a dance band. Home Propagation of the band was theTF Club (later Arena Theatre ) and manager was the Ghent police sergeant Walter Hellbyck. After three years, the group changed in New Inspiration under the influence of the new manager of the group Jacques Verdonck .
The success was immediate and the debut single I Got a Feeling was a hit and one of the favorite records of Radio Caroline . Also later recordings as You Made a Fool of Me , I See No Reason Why, Mr. Moody and Happy Charly Madman were relative hits with an average sale of about 35,000 units. The group was allowed to make admissions in England and a few songs appeared on the prestigious Apple label of The Beatles. However, through many personnel changes the group falls apart around 1970. Band members have included Danny Sinclair , Daniel Prove and Gilbert Remue . Danny Sinclair decided to start a solo project.
Shortly afterwards founded manager Jacques Verdonck a "new" New Inspirations with key figures Guido Wolfaert and Eddy Vander Linden . The group recorded some new successes with songs like Rainbow I Love You and Judy Please , but once again the band has the same disease and do the many personnel changes the band fall apart 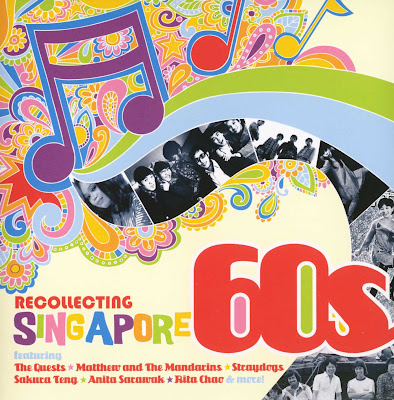 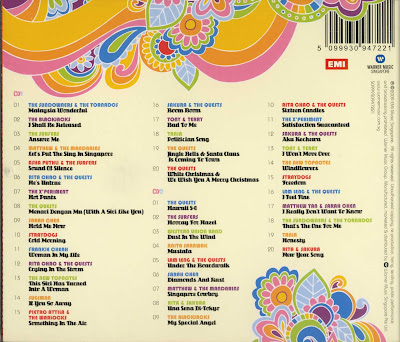 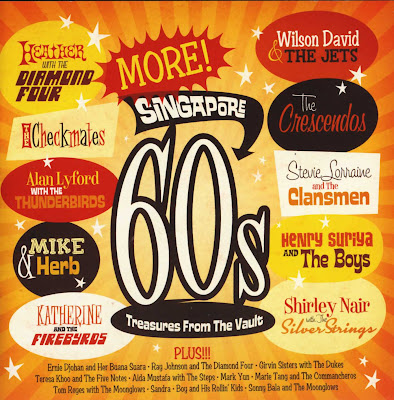 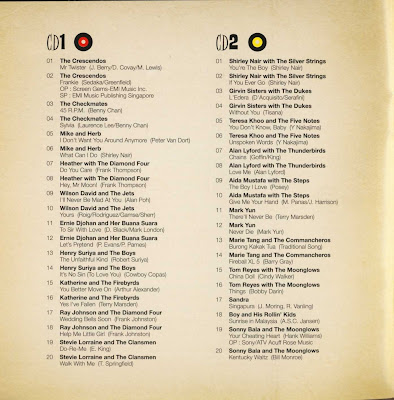 Super Psychedelics
By the time Sgt. Pepper's Lonely Hearts Club Band came out, it seemed no pop act was immune to the paisley ways of the high '60s. Even Sinatra and the like were looking to stay hip with at least one or two Beatles covers. Informed by their own early surf and psychedelia sound, the Ventures' Super Psychedelics brings the West Coast instrumental style to bear on the Fab Four's "Strawberry Fields Forever" and the Turtles' "Happy Together." Without much in the way of overtly trippy sonic accents, the band especially impress with a slew of originals like "Endless Dream," "Vibrations," "Psychedelic Venture." Throughout, the Ventures' classic surf sound gets nicely augmented with the occasional sitar mimicking guitar line, some harpsichord phrases, and extra amounts of reverb and echo. Maybe not an essential Ventures release, Super Psychedelics will no doubt please kitsch-friendly fans of surf music.
Super Psychedelics & $1000000 Weekend (1967)
One Way reissued two albums the Ventures cut in 1967, Super Psychedelics (Changing Times) and $1,000,000.00 Weekend, on a single disc in 1996. On both records, the Ventures try to keep pace with the "changing times," which means that Super Psychedelics finds the band tackling such psychedelic pop hits as "Strawberry Fields Forever," "Reflections," "Happy Together," "Western Union" and "A Little Bit Me, A Little Bit You." Some of those songs are only vaguely psychedelic, but they're more psychedelic than most of the songs the Ventures record, as are the originals and filler that are scattered throughout the record. Try as they may, the band can never really be a psychedelic band -- their Go to Space record is trippier than this -- but some may find it interesting to hear them try. $1,000,000.00 Weekend isn't as ambitious as Super Psychedelics, but it's ultimately more successful. They never quite get a groove going on "Respect" or "Uptight (Everything's Alright)," but they're professional, entertaining versions, as are the covers of "What Now My Love," "Georgy Girl," "Ode to Billie Joe," "Sunny," "To Sir, With Love," "Music to Watch Girls By," "Groovin'," "Windy," "Sealed with a Kiss" and "Yesterday." Ultimately, the album doesn't add up to much, but it will be appealing to anyone infatuated with the Ventures sound. One Way could have spent a little more time on the packaging and remastering on this set, but the end product remains worthwhile for the dedicated.
Posted by: D&J (Dmitrich) на 21:48 No comments:

Mashed Potatoes and Gravy
For an album that yielded not a single hit (and which was one of five long-players released by the band in 1962), Mashed Potatoes and Gravy (later retitled The Ventures' Beach Party) is one hell of an enjoyable album and still a very solid and substantial album, over 40 years later. The group's sound was lean and mean all the way through, whether doing a respectful cover of George Gershwin's "Summertime" or raucous renditions of "Lucille," "Poison Ivy," and "Hully Gully." Even the seeming throwaway numbers, such as "Hot Summer (Asian Mashed)," with its faux-Eastern embellishments, and the soaring "Spudnik," are played with such virtuosity and spirit that they demand attention, and there are a surprising number of vocals on this album, albeit mostly of the nature of choruses on songs like "The Wah-Watusi" and "Hully Gully."
Going to the Ventures Dance party
This is a pleasant album, though some of it lacks the edge and focus of its direct predecessor. And, yet, Going to the Ventures' Dance Party! is notable on several levels, most especially the drumming, which, at this late date in 1962, was being provided by Mel Taylor; he's the most impressive part of this record, playing circles around the rest of the band on "Mr. Moto," "Ya Ya Wobble," and much of the rest, just throwing in these fills and rolls that weave in and out of the sound like he's in a whole different universe from the rest of the band, except that he keeps a beat like nobody's business. Even more astounding is that his virtuosity is presented as quietly and easily as it is, no mean feat on the drums. On "Venus" he is as much a part of the piece as Nokie Edwards' lead guitar, yet one never loses the melody, and similarly, on "The Intruder," he's out in front without overwhelming the group's sound or the song. On "Gandy Dancer," he almost goes a little too far with the high-hat, but holds back enough to prevent this from becoming the rock-era equivalent of some of those unfortunate, mismatched Gene Krupa showcases of the 1940s. Side two of the original LP (i.e., the last six cuts) was a killer, either as dance music or a virtuoso musical showcase, perfectly balanced even as pop music in the sweetly lyrical renditions of "Limbo Rock" and "Lolita Ya-Ya"; one sort of wishes they'd tried to pull off "Loco-Motion" without the female chorus, but the mix of an almost-breathless, soto voce female chorus and Edwards' guitar is fun and almost impossible to resist.
Posted by: D&J (Dmitrich) на 21:41 No comments: