VA-Nuggets From The Golden State · The Berkeley EPs 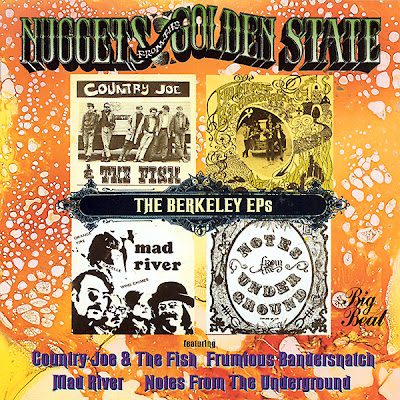 From the U.K.-based Big Beat reissue label comes one of the most interesting entries in their "Nuggets From the Golden State" series. These recordings highlight some of the lesser-known artists that contributed to the Bay Area's mid-'60s cultural renaissance. The Berkeley EP's gather the contents of the unique extended-play releases of Country Joe & the Fish, Frumious Bandersnatch, Mad River, and Notes From the Underground. Although geography ultimately bounds these four groups, their decidedly diverse styles and presentations accurately represent the extensive spectrum of pop and rock being produced in every strata of San Francisco's multifarious psychedelic music scene. The tracks featured here originally comprised the second issue/"talking edition" of Country Joe & the Fish's self-produced periodical Rag Baby. Parties interested in hearing the first and third of these releases are advised to seek out Collectors Items: The First Three EP's, which also features two contributions from Peter Krug. All three of these tunes would turn up on their debut long-player for Vanguard, albeit re-recorded and arguably less edgy than these original workings. Combining blues-based rhythms with a somewhat dated farfisa-driven instrumentation, the languidly trippy "Section 43" contrasts the presumably amphetamine-fuelled "(Thing Called) Love." Somewhere in between those seemingly incongruous extremes is "Bass Strings," with its eerie harp (read: harmonica) leads and noir lyrics. The criminally underrated Frumious Bandersnatch bridged the gap between garage punk and psychedelia on their Muggles Gramophone Works EP. With a dense sound that can be directly attributed to having no less than three guitarists performing all at once, the band only recorded a handful of tracks at the Sausalito-based Pacific High Recorders in the spring of 1968. Three of those sides were issued on their self-titled EP and are available on this release. "Hearts to Cry" is a languid rocker that churns some inspiring lead electric and bass guitar interplay. The lighter and more pop-oriented "Misty Clouds" recalls the Strawberry Alarm Clock. "Cheshire," while somewhat derivative of the slinky syncopation of Jimi Hendrix's "Foxy Lady," bristles with a guitar onslaught and subsequent wall of energy. As the track grinds and winds its way throughout some tricky tempo and key changes, the band likewise recalls the adeptness and agility of Quicksilver Messenger Service. Several members of Frumious Bandersnatch would continue to make noise in notable Bay Area bands. Bassist Ross Valory, along with the band's co-manager and guru, Herbie Herbert, would become a key player in the saga of '70s and '80s arena rockers Journey. Likewise, all five bandmembers would tour and record at some point in the '70s with another San Fran-based rock legend, Steve Miller. Unlike the other groups featured on The Berkeley EP's, Mad River actually began their existence in Yellow Springs, OH, rather than California. Their defection to Berkeley in 1967 would ultimately yield not only the three-track EP featured here, but also two long-players for Capitol: an eponymously titled debut and Paradise Bar & Grill, which were issued in 1967 and 1968, respectively. While Mad River's experimental and highly idiosyncratic sound was partially to blame for their eventual obscurity, it likewise creates some of the most interesting and sonically probing material on this compilation. Blending the freedom of bop jazz arrangements with acid-drenched rock & roll instrumentation, their music doesn't immediately overwhelm the listener. The effects are more insidious, especially on the Eastern-tinged anti-Vietnam track "Orange Fire," available only on this debut EP, unlike the other two sides, which ended up on their self-titled album. True to form, the sinuous melody creeps around before unleashing a few atomic blasts of its own. The folk-flavored Notes From the Underground issued a single four-song EP drawn from an April 1967 recording session that also bore an additional three tracks; this makes their debut release on this package. While certainly not a psychedelic band, their compact tunes and almost polished garage sound is strikingly similar to Kenny & the Kasuals or Things to Come. Although the band would release two LPs for different major labels, their eclectic styles range from saccharine pop on the Sopwith Camel-esque "Down in the Basement" to the heavier and bluesy "Let Yourself Fly," which boasts a chooglin' "Smokestack Lightning" rhythm.
1 Country Joe & The Fish · Bass Strings 04:01
2 Country Joe & The Fish · Thing Called Love 02:36
3 Country Joe & The Fish · Section 43 06:45
4 Frumious Bandersnatch · Hearts To Cry 05:06
5 Frumious Bandersnatch · Misty Cloudy 01:58
6 Frumious Bandersnatch · Chesire 07:05
7 Mad River · A Gazelle 02:43
8 Mad River · Orange Fire 03:39
9 Mad River · Windchimes 06:58
10 Notes From The Underground · Where Does Love Go 02:44
11 Notes From The Underground · Down In The Basement 02:31
12 Notes From The Underground · What Am I Doing Here 02:19
13 Notes From The Underground · Got To Get Out Of This Dream 03:18
14 Notes From The Underground · You Don't Love Me 02:53
15 Notes From The Underground · Let Yourself Fly 03:13
16 Notes From The Underground · Where I'm At Today 03:43
Posted by: D&J (Dmitrich) на 00:21 No comments: 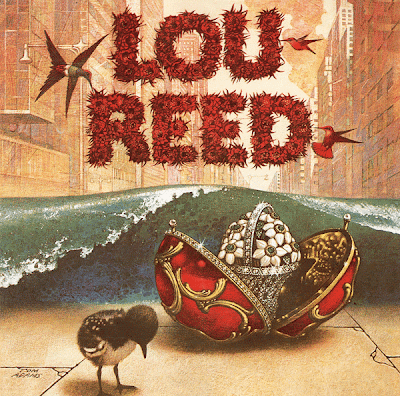 The career of Lou Reed defies capsule summarization. Like David Bowie (whom Reed directly inspired in many ways), he has made over his image many times, mutating from theatrical glam rocker to scary-looking junkie to avant-garde noiseman to straight rock & roller to your average guy. A firmer grasp of rock's earthier qualities has ensured a more consistent career path than Bowie's, particularly in his latter years. Yet his catalog is extremely inconsistent, in both quality and stylistic orientation. Liking one Lou Reed LP, or several, or all of the ones he did in a particular era, is no guarantee that you'll like all of them, or even most of them. Few would deny » Read more
1. Lou Reed - I Can't Stand It (2:37)
2. Lou Reed - Going Down (2:56)
3. Lou Reed - Walk And Talk It (3:41)
4. Lou Reed - Lisa Says (5:32)
5. Lou Reed - Berlin (5:16)
6. Lou Reed - I Love You (2:20)
7. Lou Reed - Wild Child (4:43)
8. Lou Reed - Love Makes You Feel (3:13)
9. Lou Reed - Ride Into The Sun (3:17)
10. Lou Reed - Ocean (5:03)
Nearly 30 years after it came out, Lou Reed's solo debut suggests that neither Reed nor his new record company were quite sure about what to do with him in 1972. It would be years before the cult of the Velvet Underground became big enough to mean anything commercially, leaving Lou pretty much back where he started from in the public eye after five years of hard work, and he seemed to be searching for a different musical direction on this set without quite deciding what it would be; while the best tunes are admirably lean, no-frills rock & roll, there are also several featuring tricked-up arrangements that don't suit the material terribly well (at no other time in history would anyone believe that Steve Howe and Rick Wakeman would be a good choice as backing musicians for the guy who wrote "Sister Ray"). Lou also didn't appear to have done much songwriting since he left the Velvets in 1970; with the exception of the hilariously catty "Wild Child" and "Berlin," a song Reed would revisit a few years later, nearly every significant song on Lou Reed dated back to his tenure with the Velvet Underground, though it would be years before that band's recordings of "I Can't Stand It," "Lisa Says," or "Ocean" would surface. On its own terms, Lou Reed isn't a bad album, but it isn't a terribly interesting one either, and since superior performances of most of these songs are available elsewhere, it stands today more as a historical curiosity than anything else.
Posted by: D&J (Dmitrich) на 00:19 No comments: 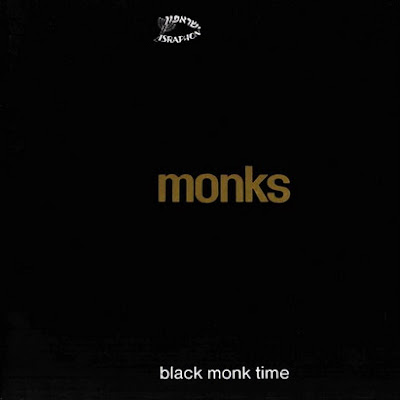 The story of the Monks is one of those rock & roll tales that seems too good to be true -- five Americans soldiers stationed in Germany form a rock band to blow off steam, and after starting out playing solid but ordinary R&B-influenced beat music, their songs evolve into something that bear practically no relation to anything happening in pop in 1966. If anything, the Monks were far wilder than their story would suggest; they may have looked bizarre in their matching black outfits, rope ties, and tonsures, but it was their music that was truly radical, with the sharp fuzz and feedback of Gary Burger's guitar faced off against the bludgeoning clang of Dave Day's amplified banjo (taking the place of rhythm guitar), as Roger Johnston pounded out minimalist patterns on the drums, Eddie Shaw's electric bass gave forth with a monstrous throb, and Larry Clark's keyboard bounced off the surfaces of the aural melee. This would have been heady stuff even without Burger's wild-eyed vocals, in which he howls "I hate you with a passion, baby," "Why do you kill all those kids over there in Vietnam?" and "Believing you're wise, being so dumb" over the band's dissonant fury. The closest thing the Monks had to a musical counterpart in 1966 were the Velvet Underground, but existing on separate continents they never heard one another at the time, and while Lou Reed and John Cale were schooled in free jazz and contemporary classical that influenced their work, the Monks were creating a new species of rock & roll pretty much out of their heads. Given all this, it's all the more remarkable that they landed a record deal with a major German label, and while Black Monk Time, their first and only studio album, doesn't boast a fancy production, the simple, clean recording of the group's crazed sounds captures their mad genius to striking effect, and the mingled rage and lunatic joy that rises from these songs is still striking decades after they were recorded. Within a year of the release of Black Monk Time, the band would break up (reportedly over disagreements about a possible tour of Vietnam), and the two singles that followed the LP were more pop-oriented efforts that suggested the Monks couldn't keep up this level of intensity forever. But in late 1965, the Monks were rock & roll's most savage visionaries, and Black Monk Time preserves their cleansing rage in simple but grand style.
1. Monks - Monk Time (2:43)
2. Monks - Shut Up (3:13)
3. Monks - Boys Are Boys and Girls Are Choice (1:23)
4. Monks - Higgle-Dy - Piggle-Dy (2:28)
5. Monks - Oh, How To Do Now (3:14)
6. Monks - Complication (2:21)
7. Monks - We Do Wie Du (2:10)
8. Monks - Drunken Maria (1:44)
9. Monks - Love Came Tumblin' Down (2:28)
10. Monks - Blast Off (2:12)
11. Monks - That's My Girl (2:24)
12. Monks - I Can't Get Over You (2:42)
13. Monks - Cuckoo (2:42)
14. Monks - Love Can Tame the Wild (2:37)
15. Monks - He Went Down To the Sea (3:01)
16. Monks - Pretty Suzanne (3:54)
17. Monks - Monk Chant (live) (1:59)
Posted by: D&J (Dmitrich) на 00:14 No comments: 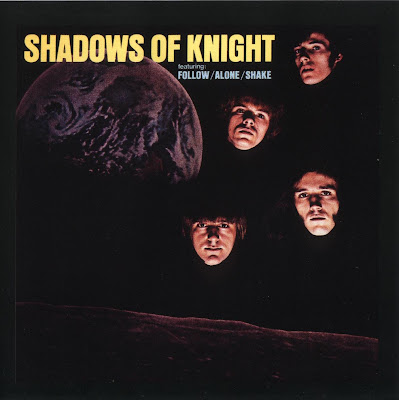 "The Stones, Animals and Yardbirds took the Chicago Blues and gave it an English interpretation. We've taken the English version of the Blues and re-added a Chicago touch." The Shadows of Knight's self-description was fairly accurate. Although this mid-'60s garage band from the Windy City did not match the excellence of either their British or African-American idols, the teen energy of their recordings remains enjoyable, if not overwhelmingly original. The group took a tamer version of Them's classic "Gloria" into the American Top Ten in 1966, and also took a Yardbirdized version of Bo Diddley's "Oh Yeah" into the Top 40 the same year.

Their patchy albums contained a few exciting R&B covers in the Yardbirds/Stones style and a few decent originals in the same vein. The group's original lineup splintered quickly, and the Shadows faded in the late '60s after briefly pursuing a more commercial pop sound. Vocalist Jim Sohns continued fronting various incarnations of the band and was ultimately arrested in 1980, although he only served a three-year sentence for drug charges. In the years that followed, the Shadows of Knight enjoyed something of a comeback as several labels reissued their material, and Sohns pieced together a new touring lineup. Shows with the Romantics and Cheap Trick followed, as did the release of two new albums: 2007's A Knight to Remember and 2008's Rock 'n' Roll Survivors.
1. Follow
2. Alone
3. Time & Places
4. I Am What I Am
5. Uncle Wiggley's Airship
6. I Wanna Make You All Mine
7. Shake Revisited '69
8. I'll Set You Free
9. Under Accoustic Control
10. Bluebird
11. Back Door Man
12. From Way Out To Way Under
13. My Fire Department Needs A Fireman
14. Shake (45 Version)
15. Run Run Billy Porter
Posted by: D&J (Dmitrich) на 00:06 No comments: 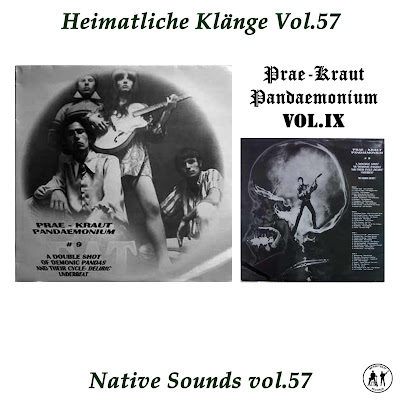 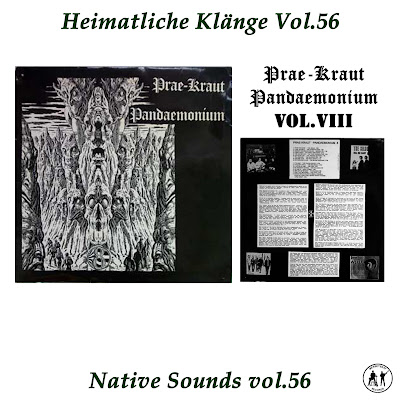 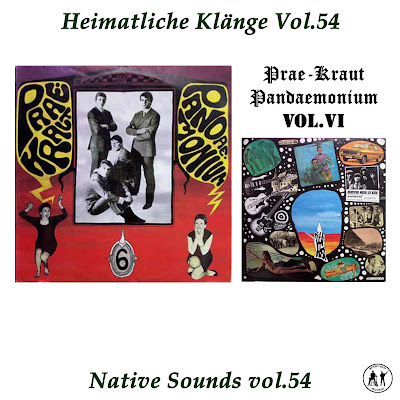 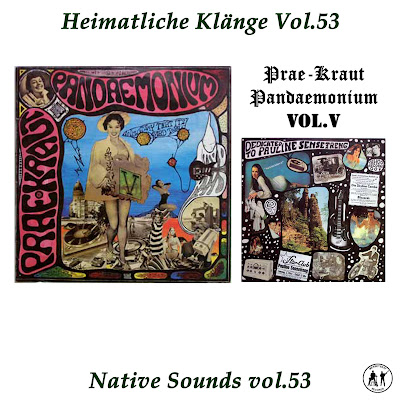