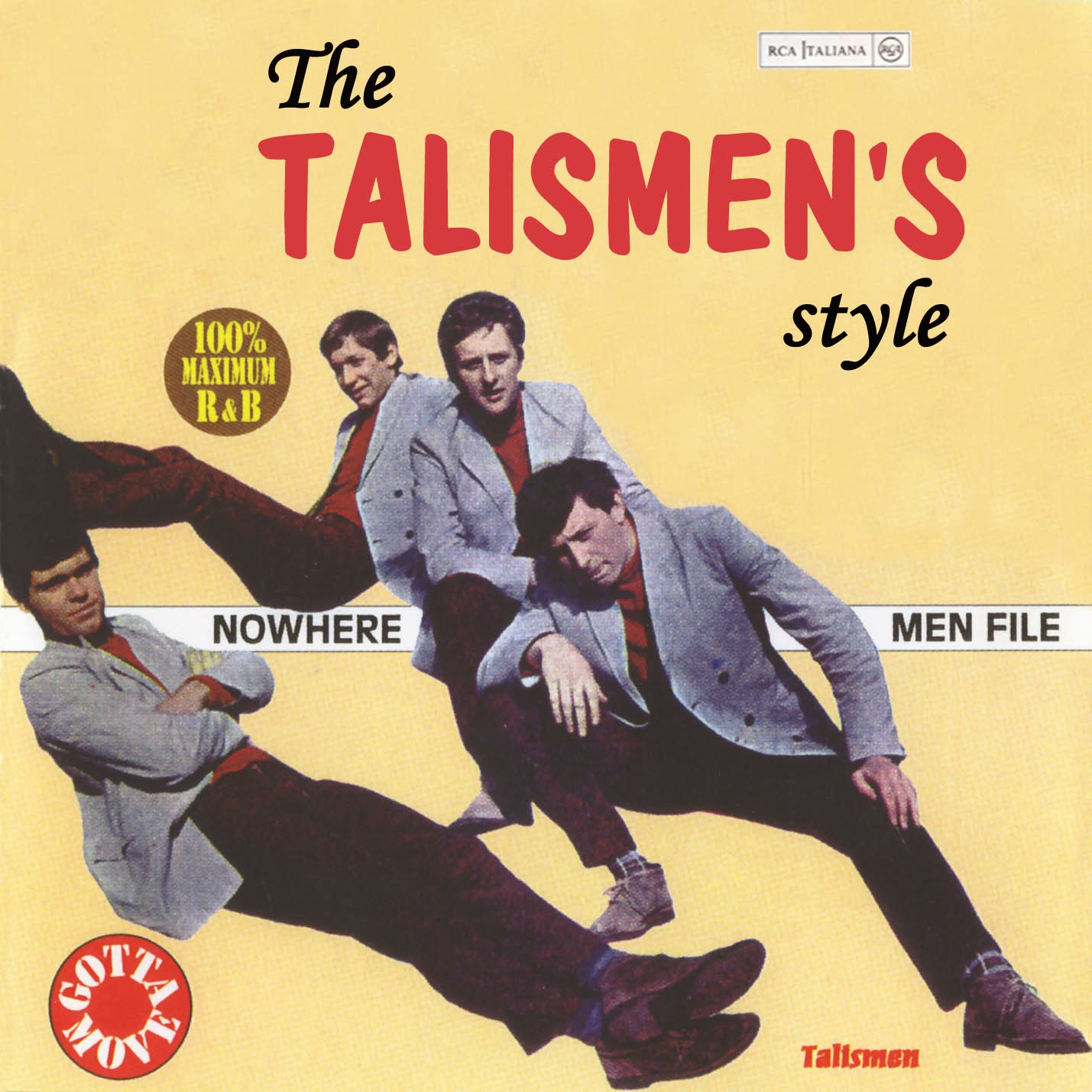 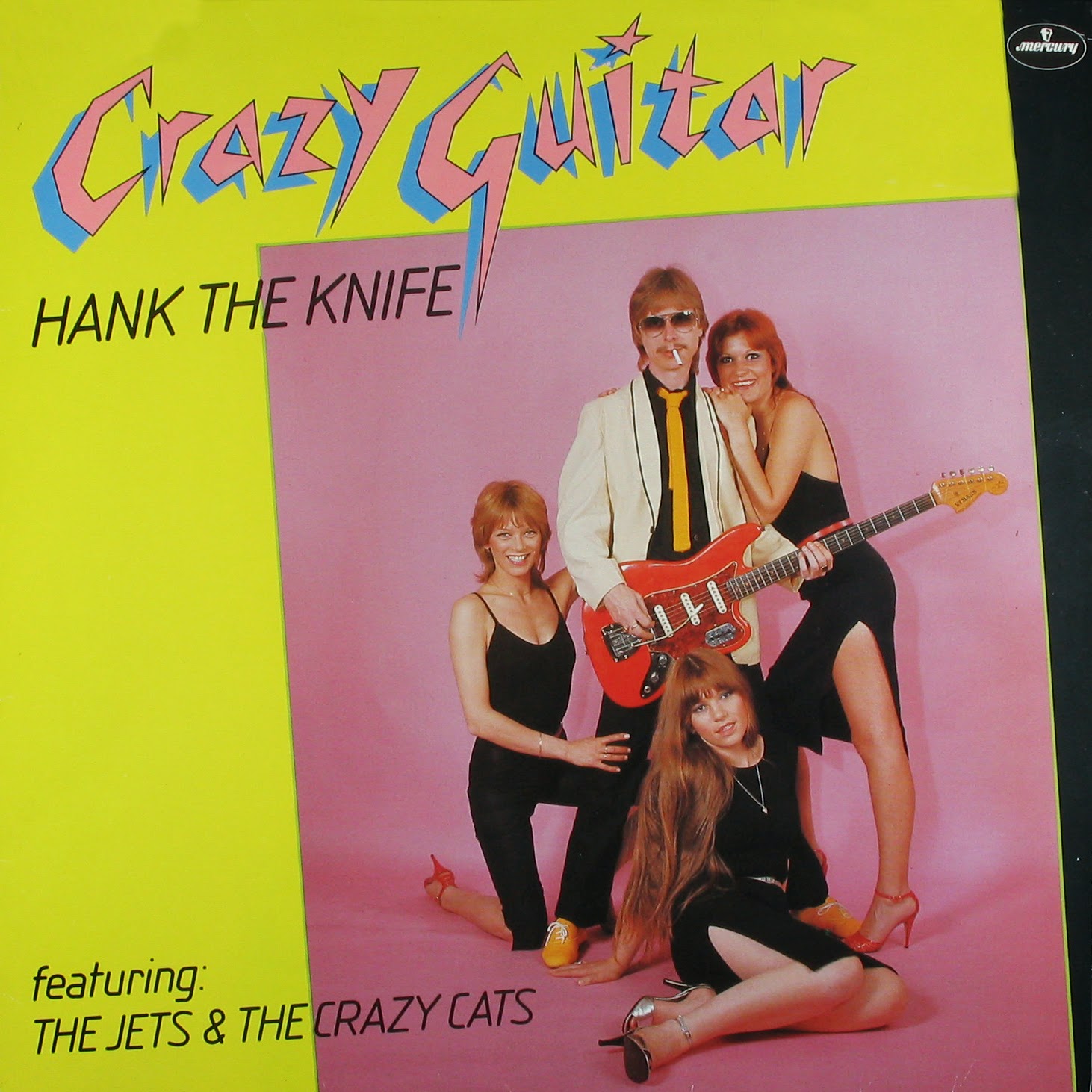 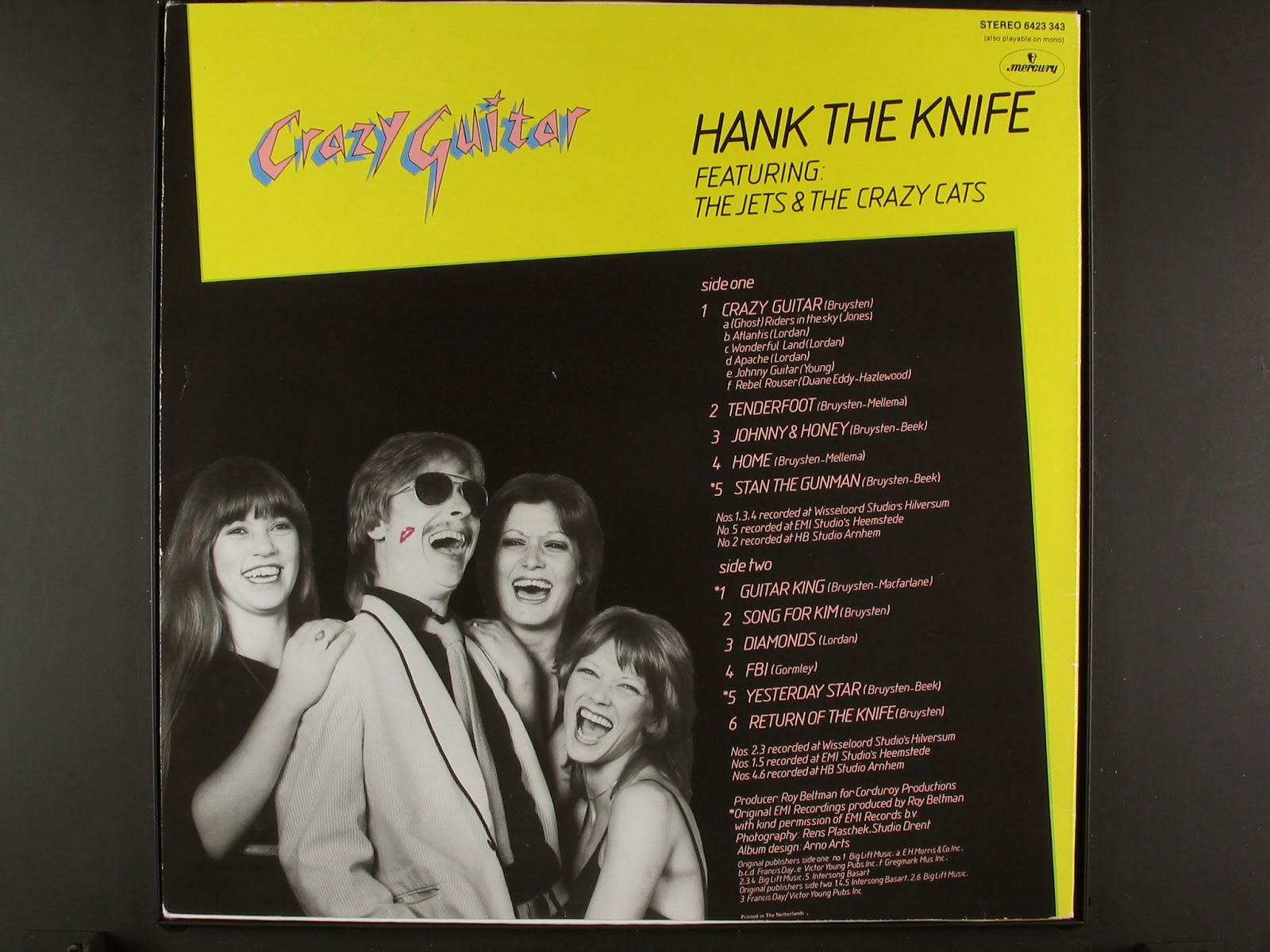 Tommy Scott And The Boys

The Sanctions & Jim And The Lords - Then Came The Electric Prunes

The Masters Apprentices: From Mustangs To Masters - First Year Apprentices

The JuJus - You Treat Me Bad

The JuJus started as a trio doing a parody of the Beatles at Godwin high school in Grand Rapids in 1963. Members were Rod Shepard on guitar, Max “Junior” Colley on sax; and Bill Gorski drums, their name came from Max’s little brother’s pronunciation of “Junior”.

In 1964 the band added Ray Hummel III on vocals and guitar and Rod moved to the bass. Hummel had a distinctive voice, and his talent for folk-influenced songwriting changed the band’s sound. Later on Rick Stevens of the Paeans (who had an unreleased 45 recorded at Fenton) came in to play guitar.

The band played live shows at the Ponytail in Grand Rapids and nearby towns like Holland and Saugatuck. In 1965 worked out a deal with Dave Kalmbach of Great Lakes Recording to do their live act between films at the Hour Theater in exchange for recording time when the theater was closed.

Great Lakes was a vanity label: the bands had to cover all recording and pressing costs and do their own promotion. Studios were originally in Dave Kalmbach’s basement, then moved to the Hour Theater, and later to the nearby town of Sparta. Bands would chose whatever label name they wanted for their 45, Fenton being the most common choice. The records were pressed at the American Record Co. in Owosso, MI, later destroyed by fire in October, 1972. Rod Shepard says, “those records sold for about ninety-eight cents of which we ended up with about a dime.”

The Ju Jus first 45 had two Hummel originals, the amazingly powerful “You Treat Me Bad” and the fifties-sounding “Hey Little Girl”. The record did well locally, supposedly reaching #2 on a chart in western Michigan in October, 1965. The future looked good and Drummond Records of Detroit offered Ray Hummel a contract based on his songwriting. The band couldn’t sign because a newly-married Ray refused to tour out of state, and Ray soon left the band. He recorded a few solo pop 45s over the years, including “Gentle Rain” / “Fine Day” on Fenton with Max Colley playing sax and Bill Gorski on drums.

The JuJu’s had several personnel changes before making their next record. Brett Wells came in on vocals, and Bruce Essex, who had played guitar with Rick Stevens in the Paeans joined for part of 1966. Then Max Colley left and Bill Gorski was drafted, so the band found guitarist Ron Burke and drummer Ron Homrich. Before long Brett left and Ron Burke took over on vocals. Rick Stevens now became the primary songwriter for the band.

Though missing Ray’s unique vocals, their second 45, from 1966, is just as good as their first. “I’m Really Sorry” has been one of my favorite garage songs since I first heard it, and “Do You Understand Me” is a strong Stones-influenced punker with sharp guitar, buzzing sounds and broken glass. The United label is another band-financed record recorded through Fenton.

In the summer of ’67 their manager Jim Geeting opened The Island, a teen club in Ludington, in which the Ju Ju’s played regularly and supported touring national acts like the Kingsmen and the Electric Prunes. By this time the band had a tougher rock sound.

In late 1967 the band broke up as Rod Shepard and Rick Stevens went into the military. Rick Stevens joined the Air Force and later died in a plane crash in New Mexico. A number of unreleased songs recorded over the years at the Hope, Chess, and Phil Robert studios have yet to see commercial release. Until recently they were distributed on tape and CDR, but they are currently unavailable, and I haven’t heard them yet. 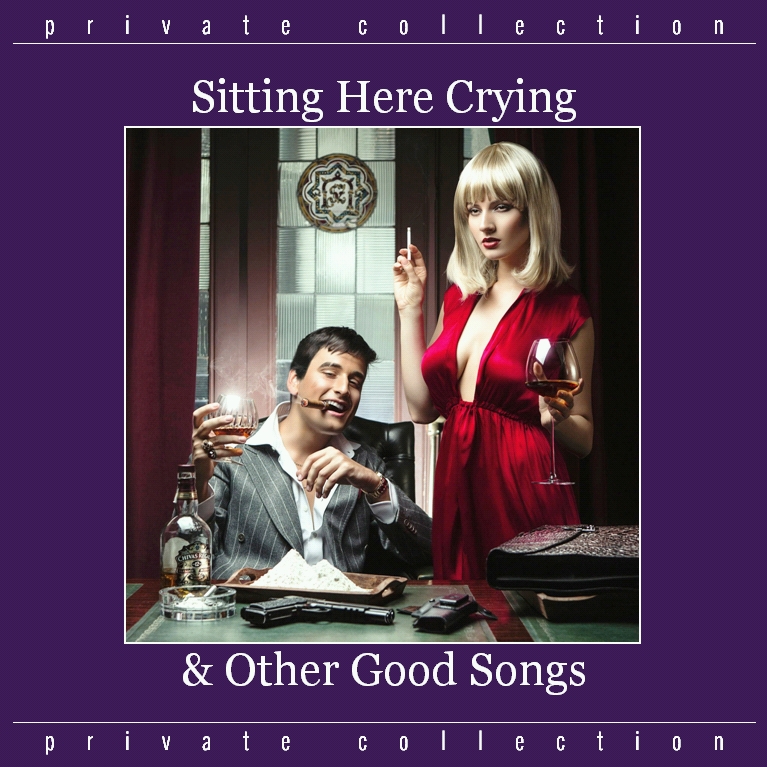 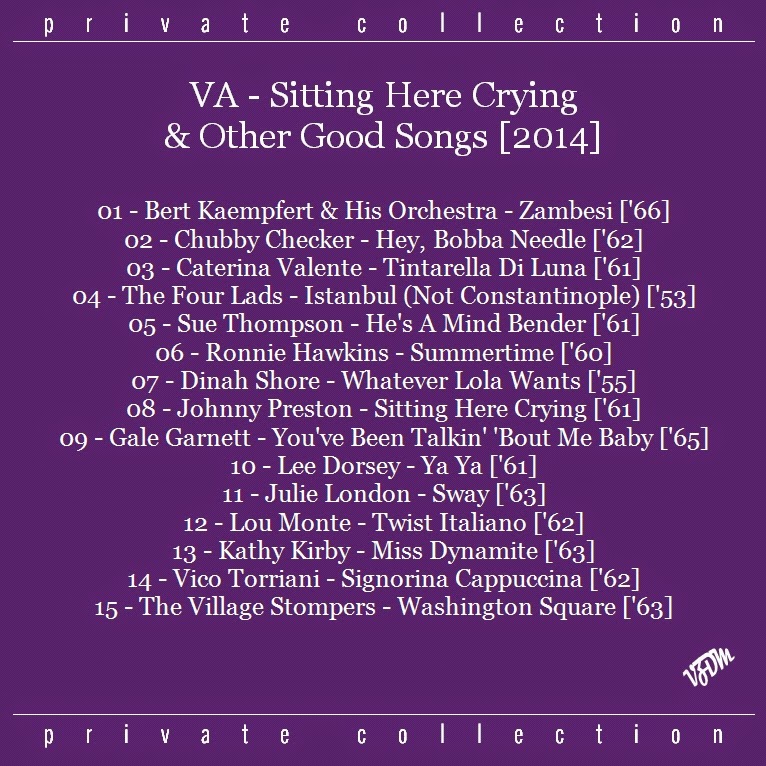 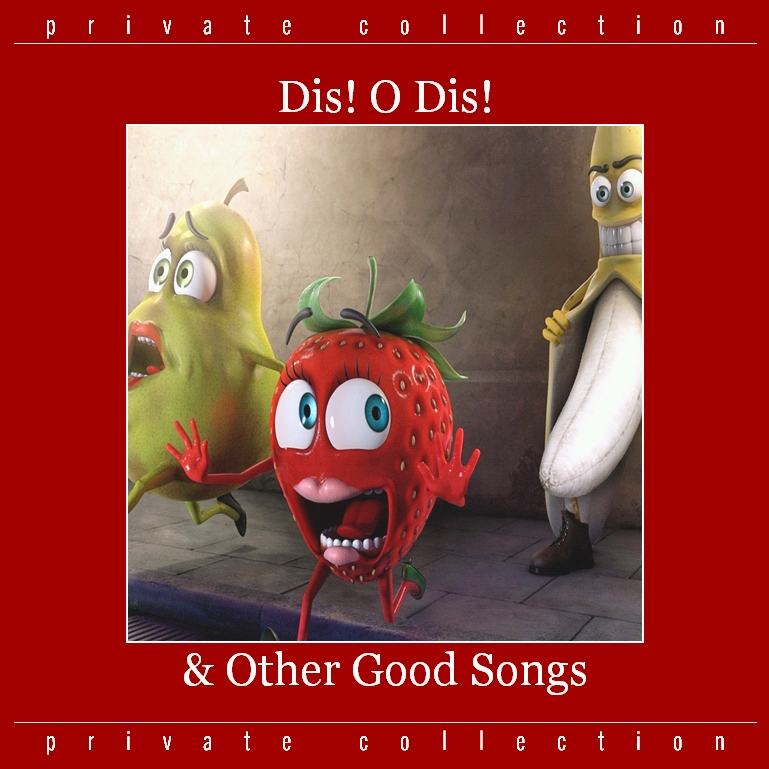 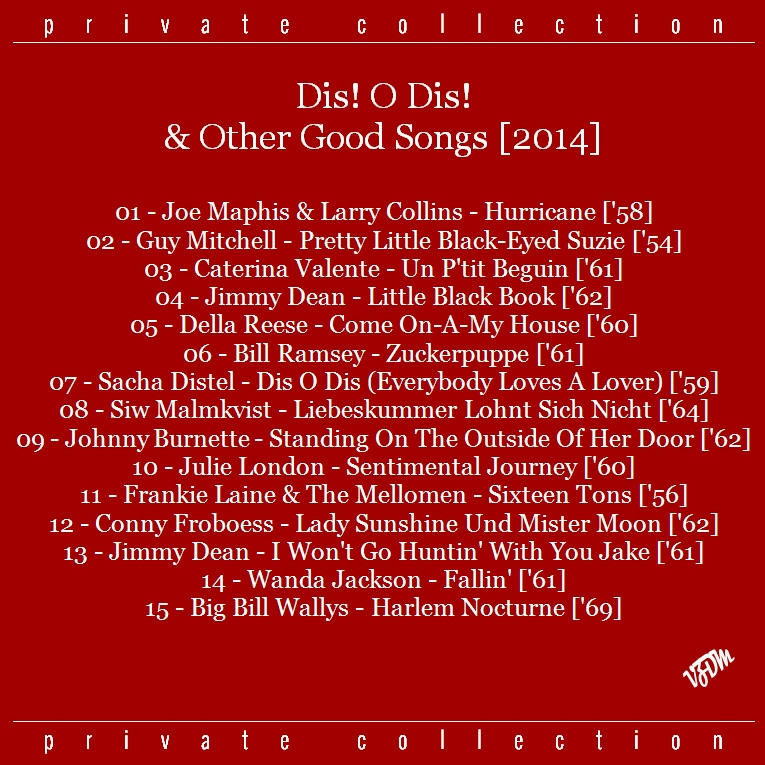 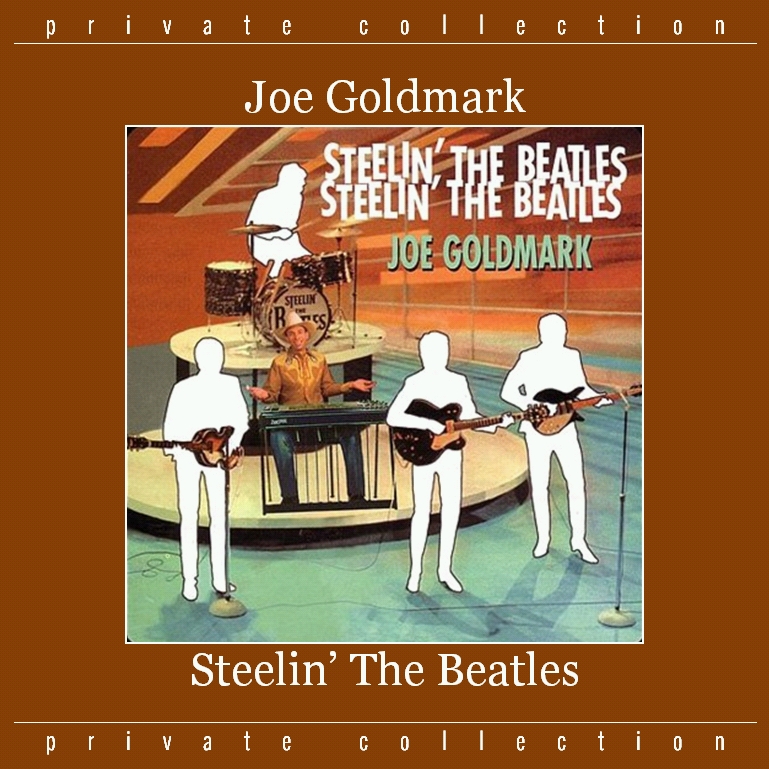 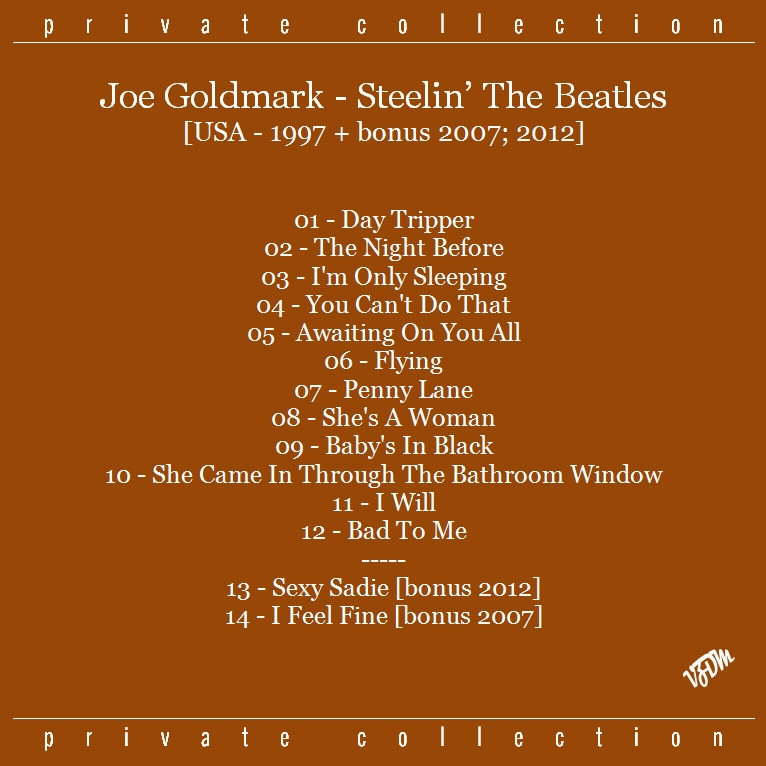 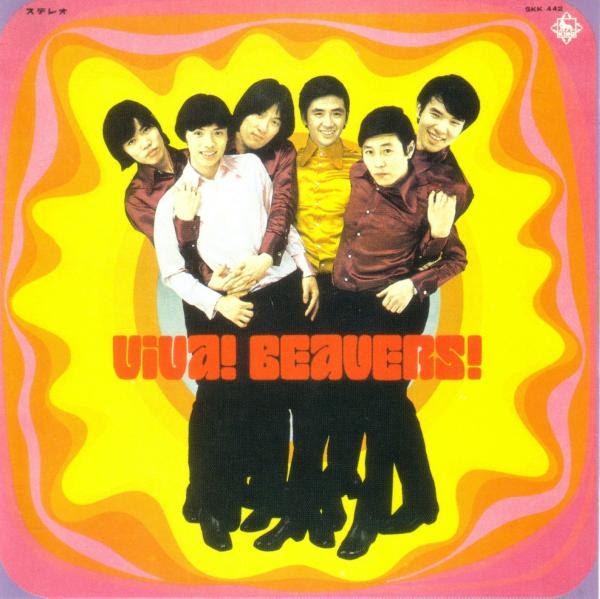 In 1964,future Flower Travellin Band guitarist Hideki Ishima arrived in Tokyo from his hometown Sapporo.He got together with guitarist Masayuiki Hirai,bassist Hiroshi Arakawa and drummer Yukio Awamura to form an eleki band which took the name The Outlaws. However, the clubs in which The Outlaws played also demanded that they employ a singer.Inspired by The Spiders twin lead vocalists,The Outlaws decided to recruit Akira Narita and Masao Hayase.Invited to support their heroes The Spiders,the band then changed their name to The Beavers just prior to making their stage debut.Their first single Hatsukoi No Oka (The Hill Of The First Love) b/w Hello,Coffee Girl was released in July 1967 was not a big hit,but was considered something special by fans of the Group Sounds scene.The second single ?Kimimaki Sekai (The World Without You) fared better but still failed to chart,as did their third 45 Itoshi No Santa Maria (Saint Maria,My Love).The bands sole LP VIVA BEAVERS was released thereafter but,at the end of 1968,after the release of their fifth failed single ?Nakanaide Nakamaide (Please Don?t Cry),Ishima recognised that the GS boom was faltering.Ishima split the band when he was invited to join The Flowers by Yuya Uchida.
http://tny.cz/4c14c352
Posted by: D&J (Dmitrich) на 19:06 No comments: 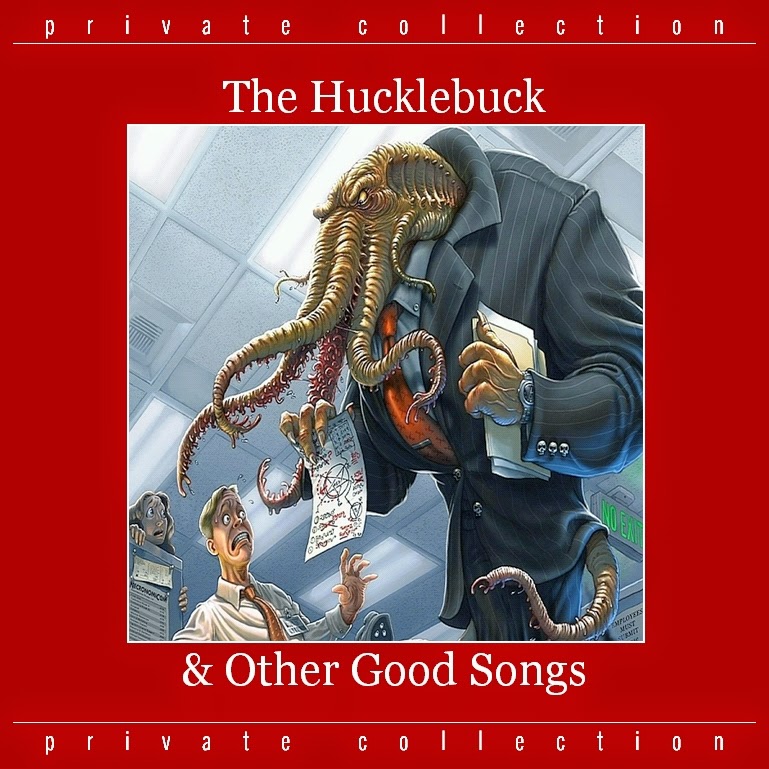 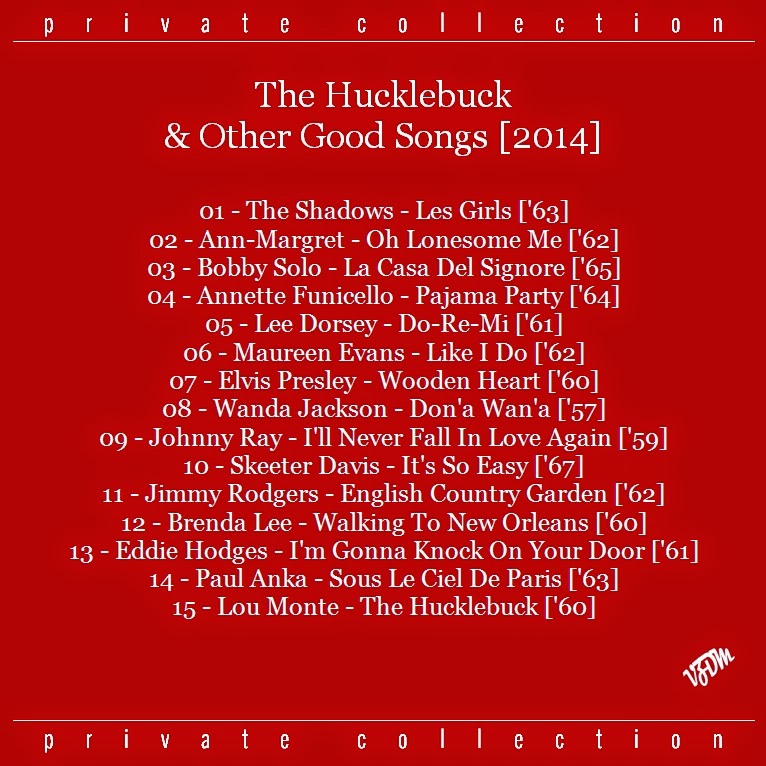 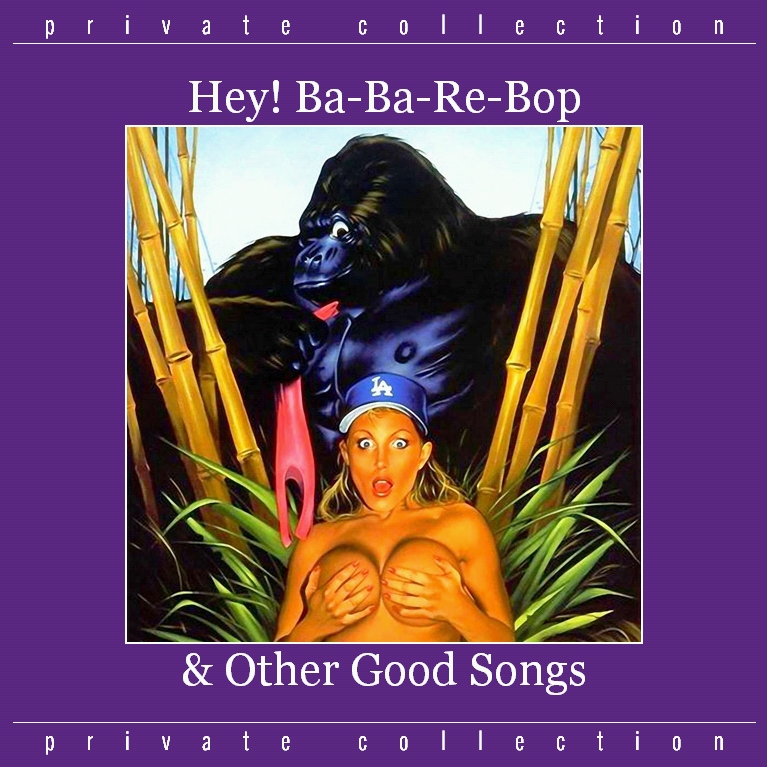 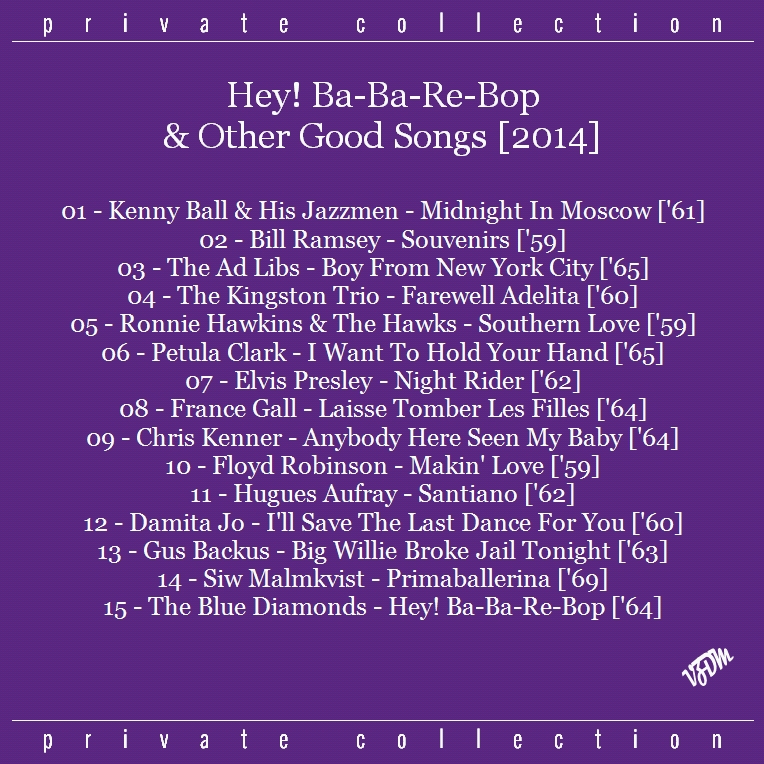 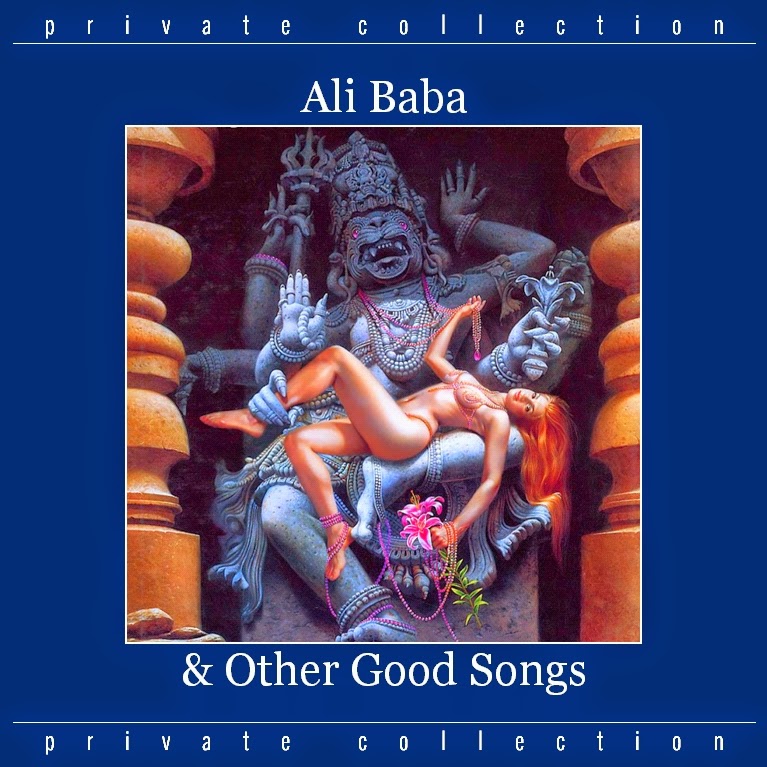 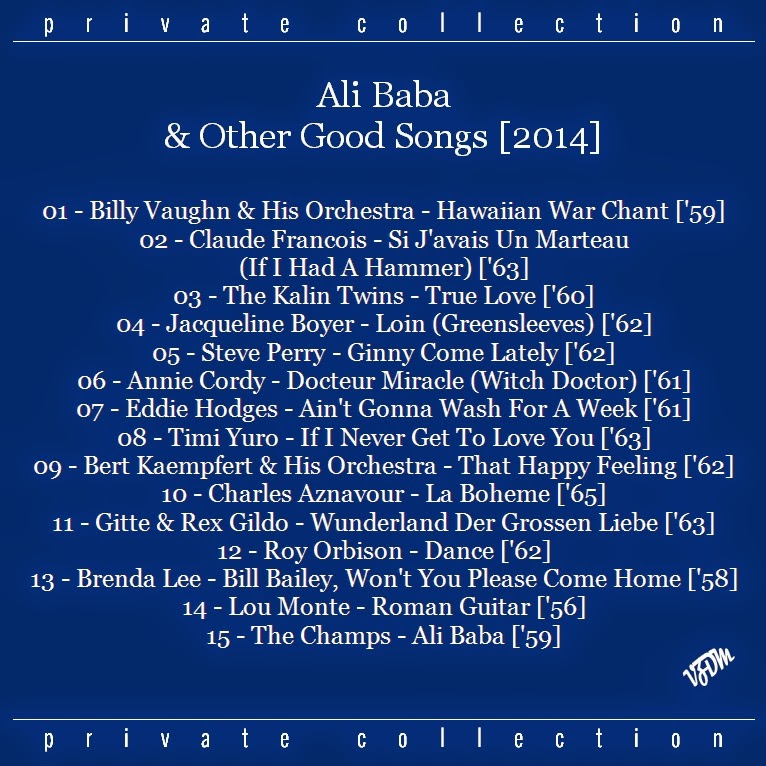 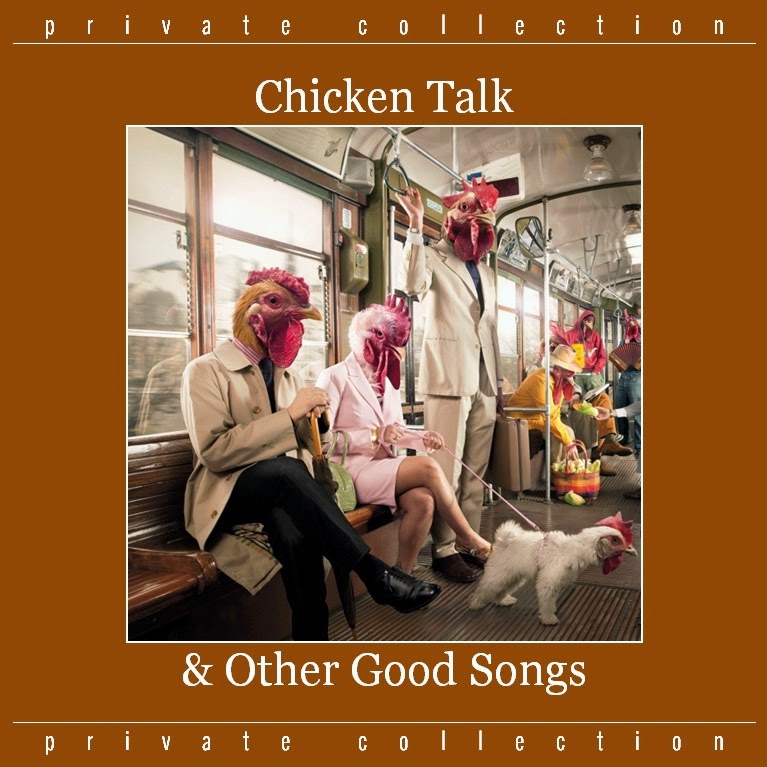 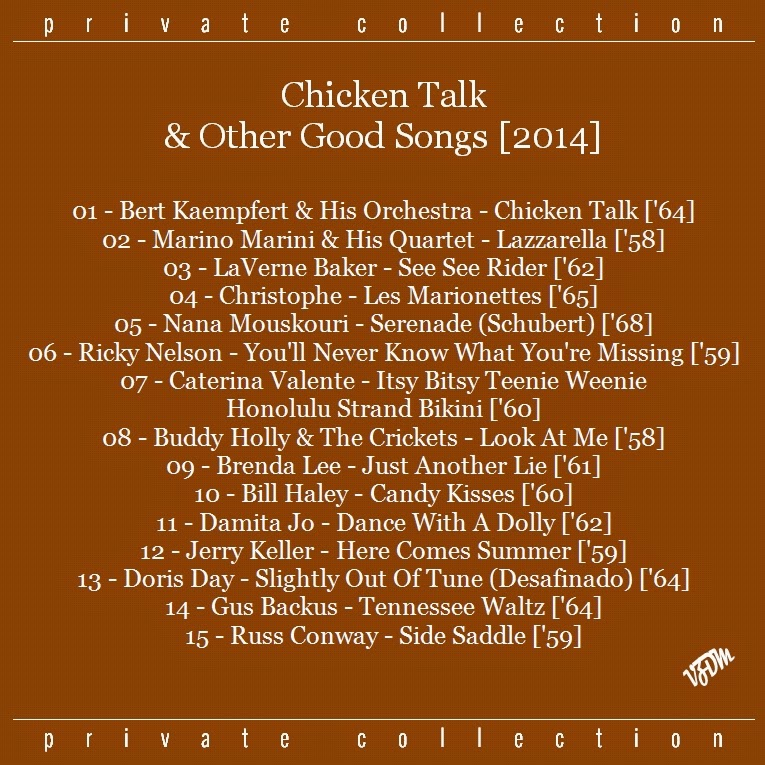 Series from beatman!
Have fun!
http://tny.cz/1af8ea0c
On download page  [Яндекс.Диск]  press button with arrow  [Скачать]
P.S.:   Dear friends! Small note:
Over 500 downloads last albums in 2 days and... silence...
Do you like this series? whether to continue it? any suggestions?
This series may have 5 albums, or may have 500 albums and more... -
it all depends on - does it make sense?
Here a lot fans of the sixties - all you need to do is download? - and have nothing to say?
No feedback - is not this the reason that many interesting blogs stop the existence?
But... in blogs usually works just one simple rule:
No comments - No music...
Posted by: D&J (Dmitrich) на 11:53 No comments: 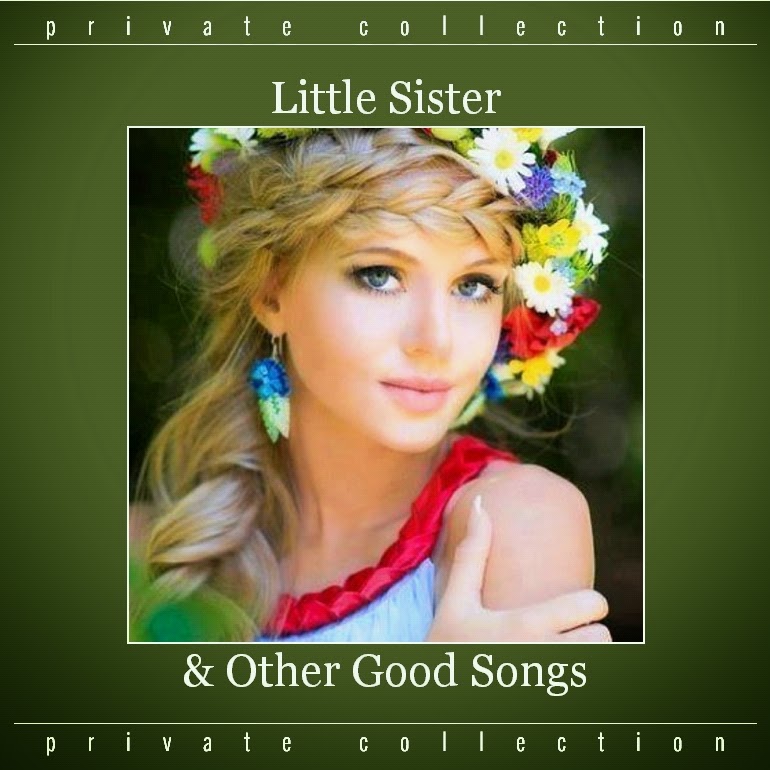 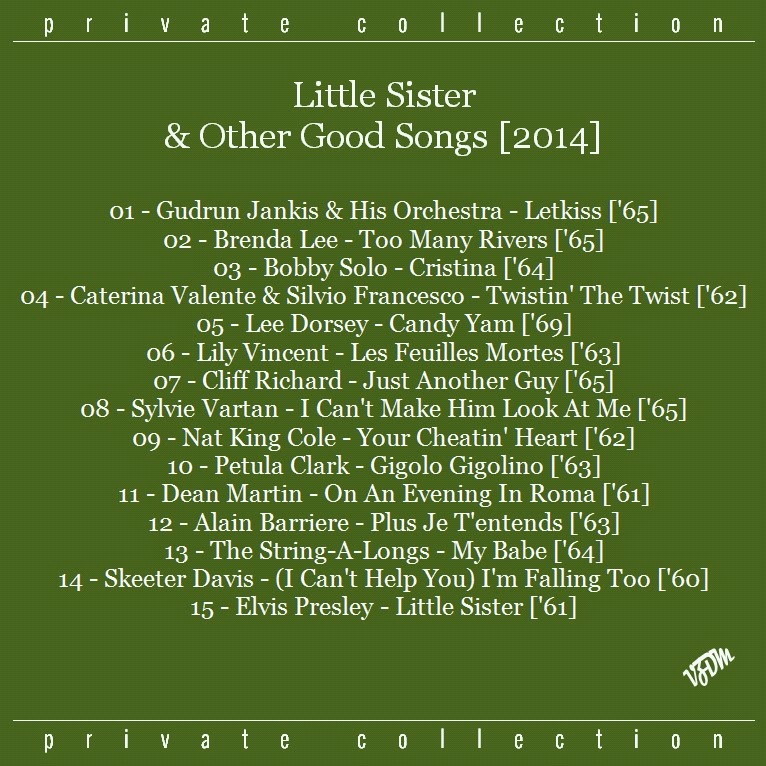 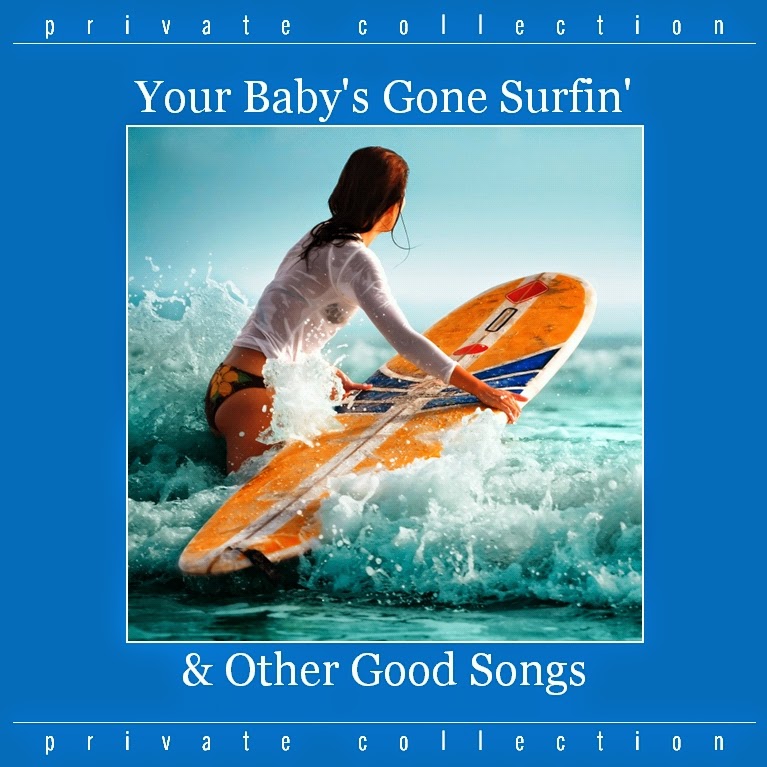 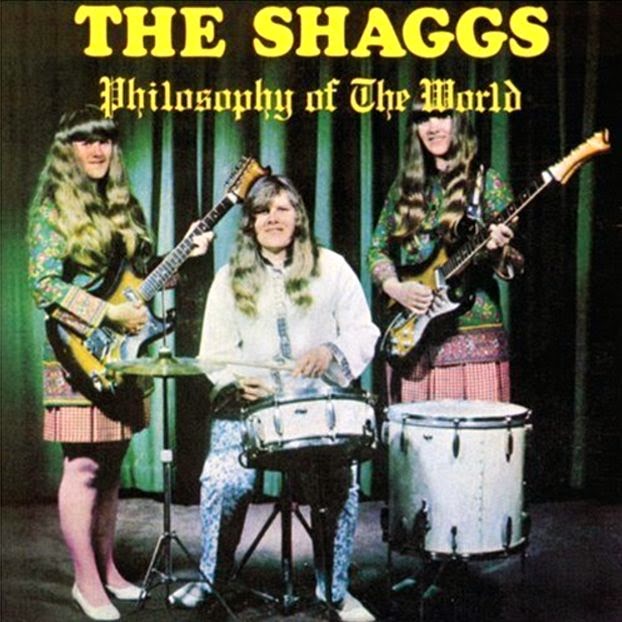 The Shaggs were three teenage sisters in New Hampshire: Dot (Jamey Hood), Betty (Sarah Sokolovic) and Helen (Emily Walton) Wiggin. Their millworker father, Austin (Peter Friedman), believed, thanks to a prophecy, that his girls were born rock stars - and his way to a bigger and better life.
He removed them from school, had wife Annie (Annie Golden) teach them at home and forced them to form a rock band.
Very Mama Rose, very "Gypsy."
No matter that the trio had no interest. Or talent. They were God-awful musicians.
The Shaggs cut an album in 1969: "Philosophy of the World." It cost the family its life savings and reaped untold emotional wreckage.
Eleven years later, the LP became a cult hit, embraced for raw, unvarnished vocals and instrumentals. 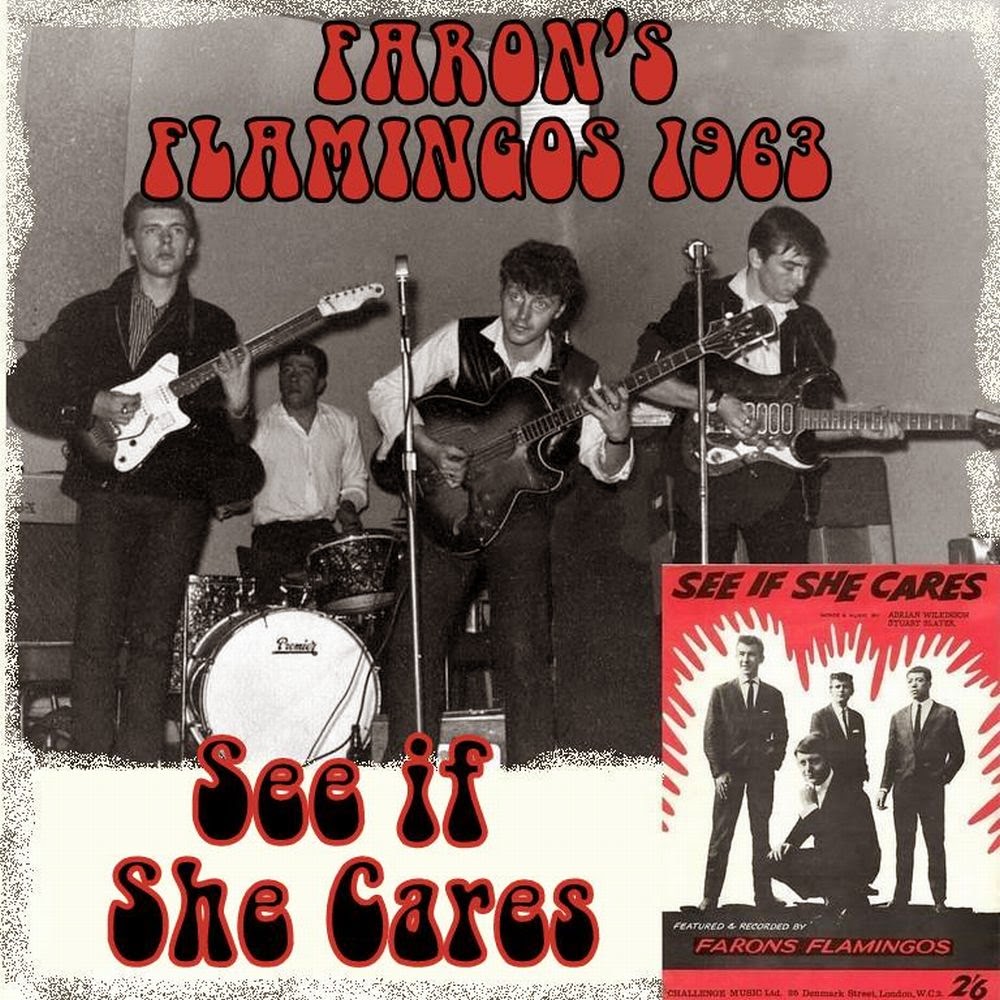 "Faron's Flamingos" were one of the most promising groups of Liverpool, never imevsih of one-hit, EVEN at a local levels, and This despite the fact that her What musicians came from some much more famous and uspesnyh kollektivov. Original in 1959 year poavilis? the Name "The Ravens" (or "Robin & The Ravens"); staff in bands vhodili Nicky Crouch (guitar, vocals), Billy Jones (guitar, vocals), Eric London (bass) and Trevor Morais (drums). Bill Ruffley (or Faron Ruffley), who previously vystupal with "The Tempest Tornados" prisel soloist in two years lowered. In 1961 legendary Bob Wooler proposed a new name, "Faron's Flamingos." Ih-up is continuous condition depending Cut Is not From the beginning complexion, Eric London and Billy Jones pokinuli "Faron's Flamingos" in 1962, Dave "Mushy" Cooper move in a year earlier, prisoedinivsis? k "Undertakers". London and guitarist / singer Paddy Chambers Shortly thereafter vernulis. Group spent long reputation mistletoe wild, with breathtaking attention sceniceskim action thanks komedijnoj acrobatics Faron and Morais. In 1962 the term were enough uspesnye gastroli to France, yarn than proizosel bum bits. They received kratkovremennyj Contract with "Oriole Records", the largest independent label in England, and in August 1963 years leaves them first single "Do You Love Me / See If She Cares". Cerezo several days, "Brian Poole & The Tremeloes" write svou Versie "See If She Cares" for "Decca Records", and namely it stopped hit (EVEN in this reckless, CTO of both bills zatmilo Performance "Dave Clark Five"). In October 1963 leaves the second single, "Shake Sherry / Give Me Time", but he also does not smog Correct the situation and to end sleduusego months they decided collectively, "packed suitcases." Faron and Paddy Chambers prisoedinilis? to "The Big Three", Nicky Crouch Became member group "The Mojos" and Trevor Morais dobilsa success with "The Peddlers".