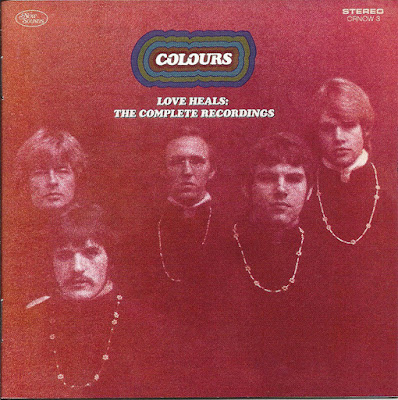 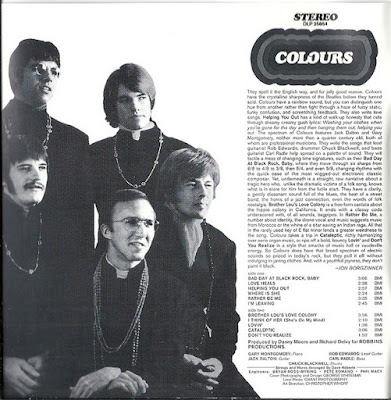 Among the many unmemorable late '60s psychedelic bands that put out a record or two, Colours do stand out from the pack a bit for a couple of reasons. One is that they were among the relatively few American bands to adopt a very British orchestrated pop-psychedelic style, which must have been honed by incessant listening to every track the Beatles did in 1967. The other is that their bassist was Carl Radle, who soon went on to play in Delaney & Bonnie and, shortly afterward, Derek & the Dominoes, as well as with J.J. Cale and Eric Clapton the solo artist. Colours drummer Chuck Blackwell also achieved some renown in the early '70s by playing with Leon Russell, Joe Cocker, Taj Mahal, Freddie King, and other artists.
However, the prime architects of Colours' sound were songwriters Jack Dalton and Gary Montgomery. They wrote all of the material on Colours' 1968 self-titled debut album on Dot, a competent if unexciting derivation of the sort of florid, bouncy, multi-textured songs the Beatles did on their 1967 LPs and singles. The problems? The songs weren't one-tenth as memorable, and the arrangements not nearly as clever or intricate, even if there was obvious attention paid to detail, with full harmonies and varying overlays of horns, strings, and even a sitar. Colours did make one further album, 1969's Atmosphere, on which no musicians other than Dalton and Montgomery are credited. 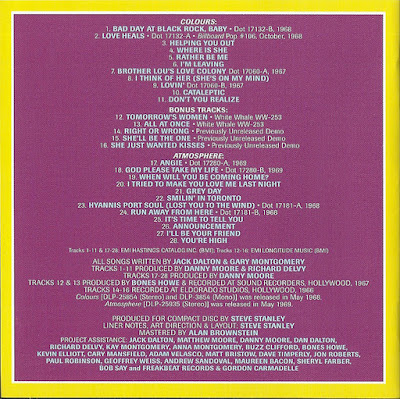 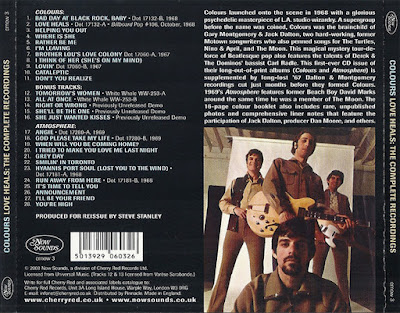