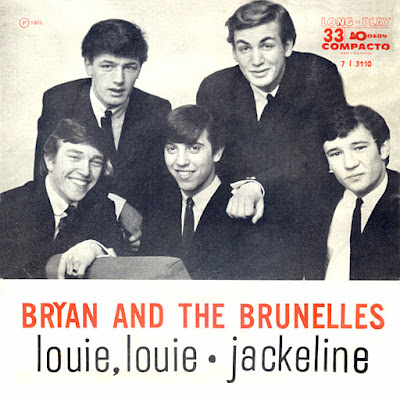 This Luton based band played lots of gigs between 1964 & 1966 covering the northern Home Counties, London and  East Anglia.
The prize for winning a News of the World ‘Beat Contest’ was a session at Abbey Road where they recorded  Jaqueline c/w Louie Louie .

"If you want to get ahead, get a hatter', for Albert Burke, manager at one of the largest hat factories in the world at the time, became manager of his son's group, initially named Bryan And The Hangmen before settling on Bryan And The Brunelles.

After a few months, Mr. Burke decided to reorganise the instrumentation of the group - out went the rhythm guitar, in came the organ. In late 1964, Mr. Burke saw an advert in 'The News Of The World' for a beat group contest. Bryan and the boys had already made a taped demo disc, so Mr. Burke sent it off to the newspaper without telling anyone he had done it. By return post came an invitation to a recording test at E.M.I's St. John's Wood, London, studios. . ." ~ Mikey Dread 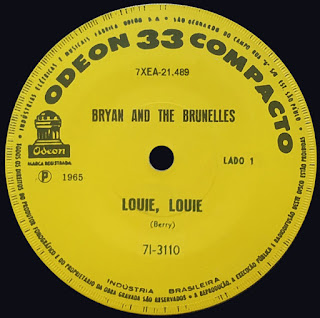 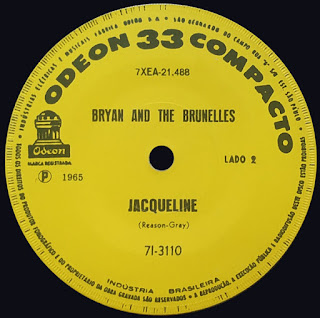 tags Bryan and The Brunelles