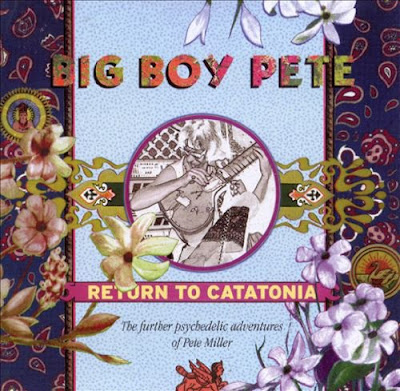 Big Boy Pete - Return To Catatonia:
Return to Catatonia: The Further Adventures of Pete Miller
Although the name may not be familiar to many, Big Boy Pete (aka Pete Miller) has been flogging around the music scene for nearly five decades. He first played in a rock & roll band called the Offbeats, who recorded an EP in 1958, and in 1961, he joined the beat group Peter Jay & the Jaywalkers. With the Jaywalkers, he recorded a number of singles, which were produced by Joe Meek, from whom Pete learned many new and innovative recording techniques. In 1965, he quit the band to concentrate on recording solo projects, and turned to session work to support his recording career. During this period, he became a part-time member of the legendary underground freakbeat band the News, while continuing to write songs for Britain's major publishing houses. Many these songs would eventually end up being recorded by some of the U.K.'s most popular bands. In the mid-'60s, Miller, now sporting the solo name Big Boy Pete, returned to his native Norwich to continue working on his solo projects. His influences during this period came from a wide variety of sources, including the Beatles' Sgt. Pepper's, the Stones' Their Satanic Majesties Request, Pink Floyd, and Jimi Hendrix. He recorded a number of demo songs that were seeped in East Indian influences, psychedelic guitar, and experimental production, but they were all rejected by the record companies for being too far off the mainstream sound of the day. In 1969, Big Boy Pete relocated to the United States, where he opened his own recording studio and formed his own record label. Many of his songs that were recorded between 1966 and 1969 lay around in boxes at his studio until the mid-'90s, when suddenly, long-lost psychedelic recordings became sought after by collectors around the world. Tenth Planet Records, a European-based collectors label, contacted Miller and resurrected a number of these recordings, some of which were compiled on the 14-track Homage to Catatonia retrospective. Return to Catatonia contains 14 more long-lost tracks, all recorded between 1966 and 1969. While a bit self-indulgent in places, these songs contain all of the influences that make British psychedelic music what it is. For fans of such artists as early Pink Floyd, Syd Barrett, or the Beatles, Return to Catatonia is a must. 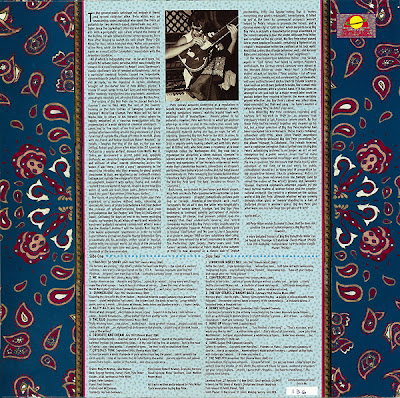