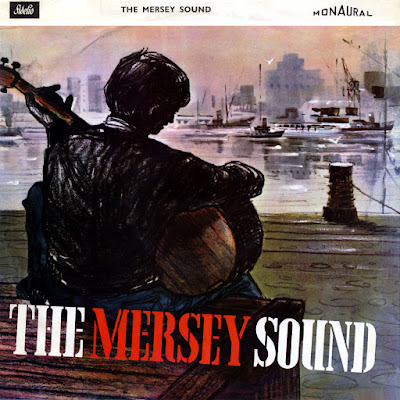 This is the first recording from The Renegades and great bit of Beatlesploitation (ok from the track-listing one might say a little bit of Pacemakers and Swingin'-Blue-Jeansploitation as well) came out on the Fidelio label in 1964, following up from other great rockin' records like "Oklahoma" by the "NY Revue Orchestra" and "Chopin: 4 Scherzi" by "August de Maurier".
Let's face it Fidelio knew that this young sound may not last but was worth plundering this once.
The Mersey Sound was actually a young Birmingham group by the name of The Renegades, who would later have reasonable success in Finland.
That said, what's great about records like this is that although the Fabs covers are well played versions of the originals, the band interprete soul standards like "Money" with great gusto and originality.
https://www.popsike.com/THE-RENEGADES-THE-MERSEY-SOUND-LP-RARE-BEAT-1964/230472536335.html
https://www.discogs.com/Unknown-Artist-The-Mersey-Sound/master/1184936 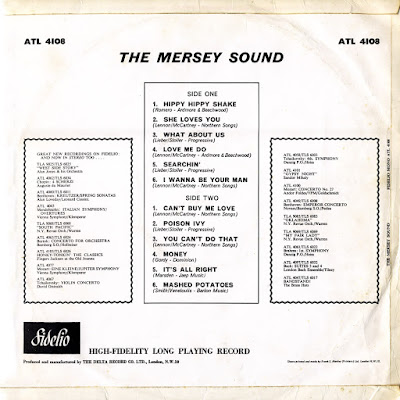