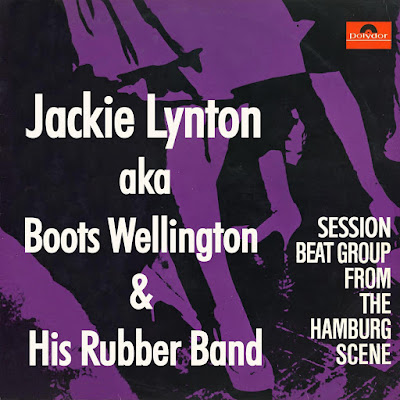 He also recorded in Hamburg, albeit in ever-so-slightly-dodgy circumstances:
“…a geezer came up to me in the club one night and said he wanted to record me. I told him I was already signed to Pye, in England, and he said ‘that’s no problem, we’ll use a different name.’ We did around 15 or 16 tracks, all in one day…they all came out in Germany on different LP’s.”

Jackie in fact cut 16 tracks in Hamburg that day in ’64, backed by a session band which included Rikki Barnes (sax), Roy mills (drums) and Emmerdale Farm actor Fraser Hines’ brother on keyboards. And sure enough, these sides did all eventually turn up on various kraut Beat Group compilations, credited to the unlikely pseudonym “Boots Wellington & His Rubber Band”.
The sessions included a rousing version of Ray Charles’ “What’d I say”, from an LP colourfully entitled 16 Beat Groups from the Hamburg Scene.

(we found only 5 tracks on diffrent Polydor records)

Boots Wellington And His Rubber Band 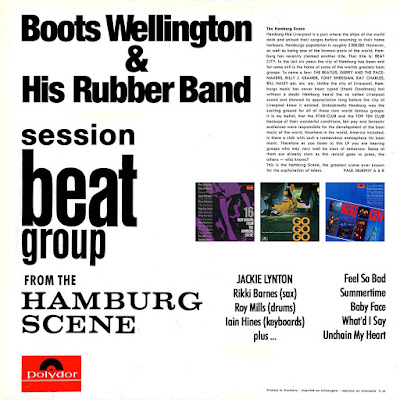