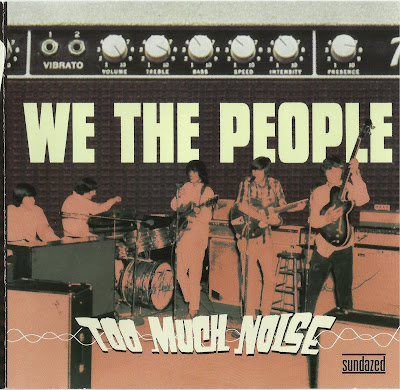 Although they were blessed with two excellent in-house songwriters (Wayne Proctor and Tommy Talton) and produced several above-the-mill garage band singles in the mid-'60s, Florida's We the People never captured any kind of national attention, which is hard to believe given the vitality, quality, and proto-punk punch of the band's material. After releasing a debut single for Florida label Hotline Records in early 1966, the group signed with West coast-based Challenge Records, eventually issuing three excellent singles with them in 1966 before jumping to RCA Victor in 1967. This set collects both sides of those three singles and adds in a host of previously unreleased tracks from the group's stay at Challenge, essentially creating, some 40 years later, the album We the People never had the opportunity to make for the label. Consisting entirely of original material written by either Proctor or Talton, the first thing that strikes home is how cohesive this set is. It sounds like an actual album and not just a collection of odds and ends, and songs like the garage band anthem "Too Much Noise," the striking surf-raga "In the Past," the impressive and kinetically psychedelic "Mirror of Your Mind," the delightfully punky bossa nova "(You Are) The Color of Love," and the lovely, string-laden "St. John's Shop" are all top-notch tracks, usually delivered with a punk intensity and sneering vocals that are all the more striking because they are actually based around fully realized melodies. In a fair world, We the People should have been a widely lauded and celebrated band, but time doles out fate, and the band remains an obscure cult treasure. Too Much Noise does a good job of showcasing the band's brief stay at Challenge. Collectables' Declaration of Independence release presents a stripped down survey of the band's best singles and Sundazed's two-disc Mirror of Our Minds covers the whole arc of their recording career, and both are worth checking out as well. 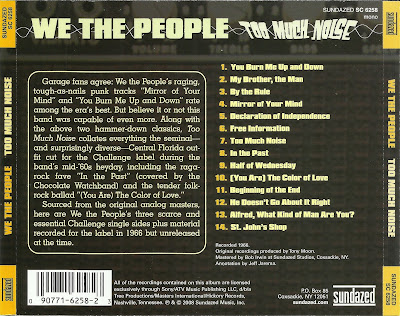 tags People, We The People