VA-Soma Records Story A Man's Gotta Be A Man 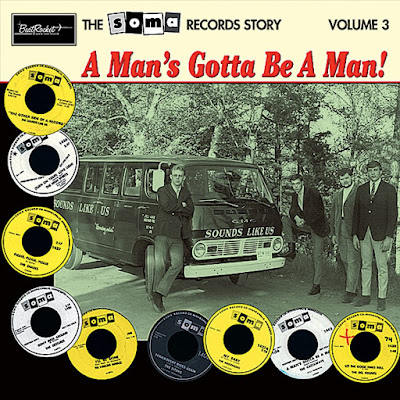 The third installment in Sundazed's (Beat Rocket is their vinyl only subsidiary) audiophile vinyl overview of the Soma label is A Man's Gotta Be a Man!, another 16 tracks wild and obscure from this legendary Minnesota label. Great tracks abound on both sides from the Chancellors (previously unissued versions of "I Can Tell" and "Surf Beat"), the Gestures ("Don't Mess Around," and "Run Run Run," the only 'hit' on here if you're counting), the Titans ("Reveille Rock" and "Tchaikovsky Rides Again"), the Sounds Like Us ("The Other Side of a Record"), the Shades ("Please Please Please"), the High Spirits ("Turn on Your Lovelight"), the Gamins ("Freeway"), the Messengers ("My Baby"), the Torres ("I've Had It"), the Del Counts ("Let the Good Times Roll") and the Castaways ("Should Happen To Me" and the title track). In tandem with Simitar's two disc CD anthology/box set and Sundazed's Trashmen box set, this gives you a big chunk of what made Minnesota so great in the '60s. 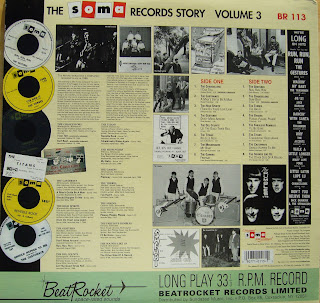 "The Soma Record Company of Minneapolis caught the national spotlight by releasing hits from the likes of the Castaways and the Gestures. But "Liar Liar" and "Run, Run, Run" are just the tip ofthe iceberg. If you've always suspected that thousands of great singles from the '60s that you've yet to hear are lurking in the bushes, guess what? You're right. Step into the dusty Soma vaults with us - brush aside those cobwebs, if you would - point your flashlight towards the strobelight flickering at the far end of the tunnel and keep walking. When the cool Fender 'n Farfisa sounds finally grab you by the shirt collar, just keep telling yourself: "This isn't a dream..."

Anyone have the first two albums? 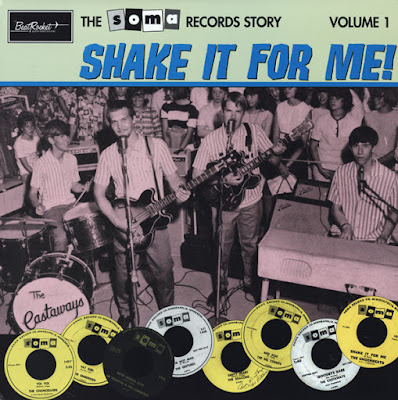 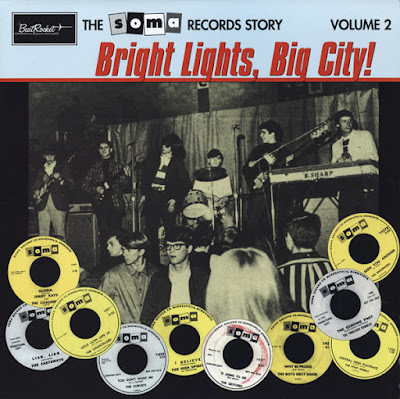