The Breakaways And Friends (Thats How it Goes) PYE Anthology 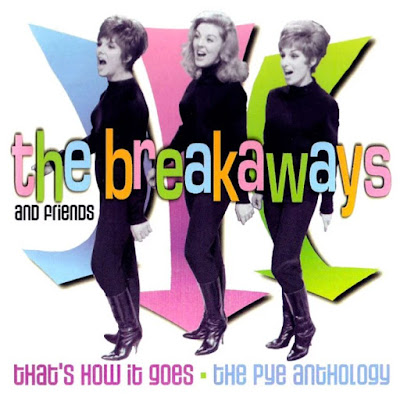 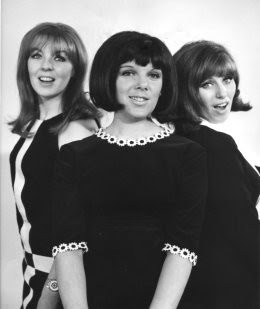 The Breakaways were the premier providers of female backing vocals for mid-'60s British pop, working closely with Tony Hatch backing his stable of singers as well as with most of the big names like Burt Bacharach, Dusty Springfield, Lulu, Jackie DeShannon, Joe Meek, Shel Talmy, and Andrew Loog Oldham. It might be easier to list who they didn't work with! They were the U.K. equivalent of the Blossoms or the Sweet Inspirations in the U.S. Like those bands, the Breakaways attempted to make it as artists in their own right but never made much of an impact. On this collection there are a handful of excellent singles released under the Breakaways name, but the majority of the disc features them as backup singers to artists like Jackie Trent, Petula Clark, Jimmy Justice, and Tony Jackson. The closest thing the group had to a hit was the stomping "That's How It Goes," which marries their brash unison vocals to a Wall of Sound production and a glorious hook. The rest of their singles are very solid; "Your Kind of Love" is a sultry ballad that wouldn't have sounded out of place on Dusty in Memphis (musically anyway, as their vocals are nowhere near as strong as Springfield's), "Here She Comes" is a loud teenage girl group rocker, "He Doesn't Love Me" is a rowdy girl group blast of attitude. (Stereo versions of "That's How It Goes" and "He Doesn't Love Me" are included for collectors.) Their backup work on this disc is limited to Pye recording artists and mostly falls within the range of straightforward U.K. girl group and male pop sounds, much of it quite obscure. The girls always provided wonderful backing in whatever setting they worked in, but did their best on big dramatic ballads like Sandra Berry's "We Were Lovers (When the Party Began)," Sharon Tandy's "Now That You've Gone," and Julie Grant's "Watch What You Do With My Baby," as well as girl group groovers like Tammy St. John's "He's the One for Me," Simone Jackson's "Ain't Gonna Kiss Ya," and Jan Panter's absolutely huge "Put Yourself in My Place." The Breakaways are among the hidden heroes of '60s British pop, and it is about time they got some recognition. Lucky for listeners that Castle did such a fine job and made this anthology so much fun. Now they need to get cracking on an anthology that covers the group's work with a wider range of artists.