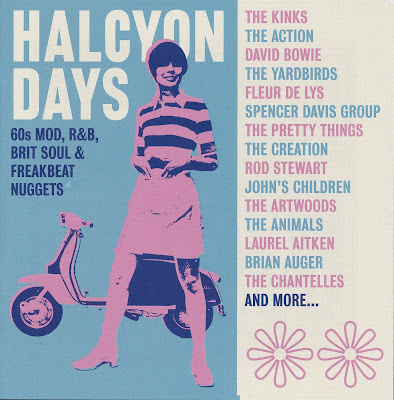 Halcyon Days. 60’s Mod, R&B, Brit Soul & Freakbeat Nuggets
Strawberry is a new Cherry Red imprint. Picking up where the mighty RPM Records have left off, Strawberry will shine a light on collectible 60s and 70s recordings, from themed compilations to single artist anthologies and occasional album reissues.
Halcyon Days is inspired by RPM’S bespoke compilations Looking Back, Keep Lookin’ and Night Comes Down. It charts the development of mod friendly beat music across three CDs from the jazzy R&B of Chris Farlowe, Duffy Power with Graham Bond and Zoot Money that opens disc one through horn laden Brit soul from Jimmy James, Geno Washington and The Richard Kent Style, ska from Mickey Finn & The Blue Men, girl group pop from The Chantelles and fuzz drenched freakbeat from The Pretty Things and The Worrying Kynde. On disc three the influence of psychedelia becomes apparent on offerings by Jason Crest, July and Dantalian’s Chariot.
Bands featured include The Animals, The Yardbirds, The Kinks, The Pretty Things, The Creation, The Action, The Artwoods, John’s Children, The Spencer Davis Group, Brian Auger & The Trinity and The Fleur De Lys.
There are early singles from future super stars David Bowie and Rod Stewart plus early recordings from Jimmy Page with Mickey Finn & The Blue Men and alongside Jeff Beck in The Yardbirds, Steve Howe in The In Crowd, Greg Lake in The Shame and Jack Bruce and Ginger Baker in The Graham Bond Quartet. Mick Fleetwood drums for The Bo Street Runners, future Deep Purple guitarist Ritchie Blackmore backs Heinz, his Purple bandmate Jon Lord is organist in The Artwoods, Rolling Stone Bill Wyman produces The End and Denny Laine later to join Paul McCartney in Wings sings with The Moody Blues.
Producer Mike Hurst opens his archives allowing us to include freakbeat nuggets from The Australian Playboys, The Human Instinct, The Favourite Sons, Double Feature and The Oscar Bicycle plus orchestrated pop gems from the soulful Truly Smith, psychedelic The Alan Bown!, Swedish mods The Tages and dramatic singing twins Paul & Barry Ryan.
First time on CD rarities include British R&B, soul and mod beat tracks from The Athenians, The Fingers, The Candy Dates, Barney J. Barnes & The Intro, Kevin ‘King’ Lear, Dorian Gray, Barry St. John, Ray French, Laris McLennon and Sleepy plus there are previously unissued recordings by The SW4, The Union and The Trendbender Band. 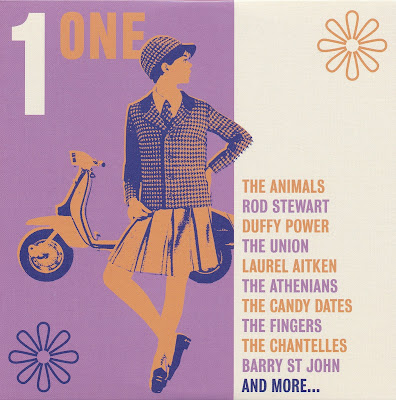 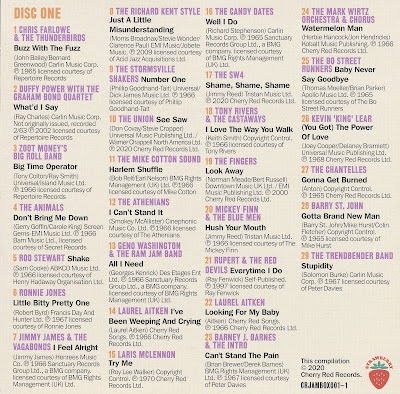 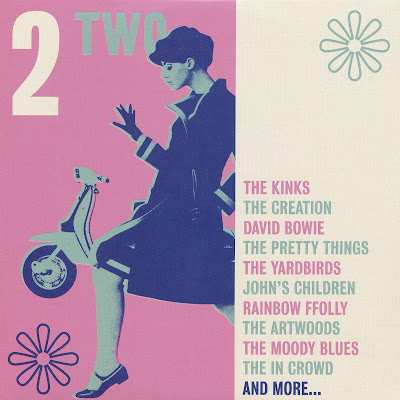 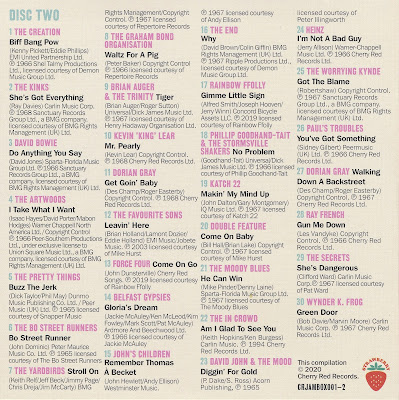 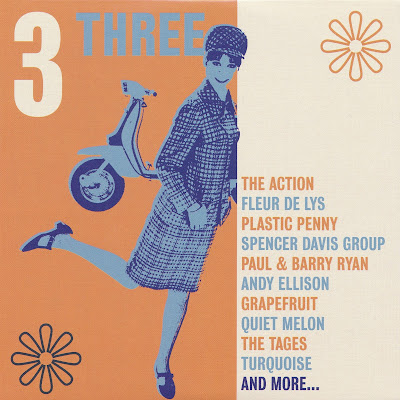 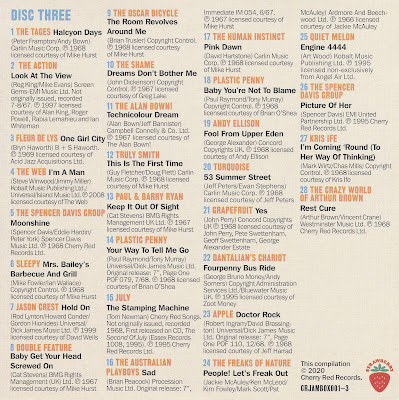 --------------------------------------------------------------------------------------------------
Review by Mark Deming
In the mind of the average American rock fan, kids in the U.K. mod scene of the 1960s liked the Who, and that's the end of their knowledge on the subject. The musical diet of the mods was significantly more complicated than that; they liked music that was smart and full-bodied, and their greatest allegiance was to soul and R&B, as well as rock & roll bands who drank from those wells. They also liked rock that was full of smarts and intensity, and given their enthusiasm for recreational chemicals (speed at first, and moving into a wider variety of drugs after that), it's no great shock that they enjoyed the early dawnings of psychedelia. Jon Harrington, an obsessive follower of all things mod, offers an in-depth study of this Golden Triangle of British Beat music of the early to mid-'60s with Halcyon Days: 60s Mod, R&B, Brit Soul & Freakbeat Nuggets, a consistently entertaining three-volume set that devotes one disc each to jazzy and often horn-laden R&B, edgy rock with an R&B undercurrent, and freakbeat where acid consciousness begins making itself known. While there are clear areas of overlap throughout the set, the sequence makes sense of how mod-centric music evolved and shape-shifted through the decade, and along with being a good historical document, this set is strong, satisfying listening throughout.
Along with prized obscurities, you get formative performances from scene stars who later broke big (the Kinks, the Yardbirds, the Animals, the Pretty Things), acknowledged mod icons (the Action, the Artwoods, the Creation), future superstars (David Bowie, Rod Stewart), and more than a few U.K. rock mainstays in their scuffling days (Jack Bruce and Ginger Baker in the Graham Bond Quartet, Mick Fleetwood in the Bo Street Runners, and Jimmy Page sitting in with Mickey Finn and the Blue Men). Jon Harrington's liner notes are enjoyable reading as well as offering the scoop on each band featured. If you're already a fan of vintage British Beat sounds, Halcyon Days is a king-size sampler that will introduce you to some fine, lesser-known tracks, and for folks new to this era of music, this is a treat and a fine road map to a rich vein of British rock. 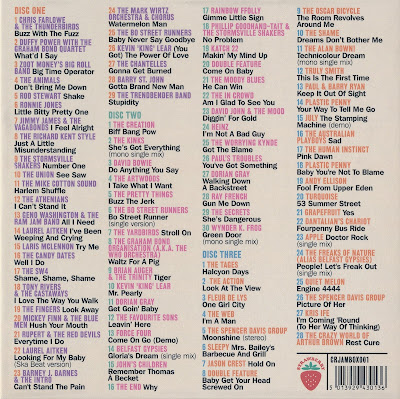