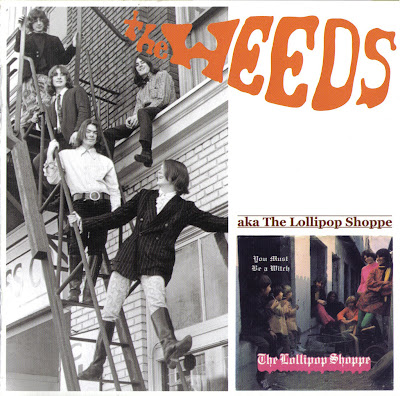 The Weeds (60's): Fred Cole (vocals); Ron Buzzel, Eddie Bowen (guitar); Bob Atkins (bass instrument); Tim Rockson (drums)
Fred Cole is worshiped by garage punk fanatics the world over for the many great records and amazing live shows he and his wife Toody Cole have delivered with their band Dead Moon, but Fred's résumé goes back to the early '60s, when as a teenager, he sang with a number of rough and tumble rock bands, including "the Lords", "Little Red Roosters" and "Deep Soul Cole." However, his first chance to cut an album came with his band the Weeds, who blended furious garage rock with moody psychedelia, and cut an almost-hit with the amazing "You Must Be a Witch," which appeared on the Nuggets box set. However, before that single appeared, the band's manager changed the Weeds' name to the Lollipop Shoppe, a remarkably poor match for the band's hard-edged sound and image, and while the Lollipop Shoppe cut an album for Uni Records, 1968's Just Colour, issues with management led the band to break up in 1969. The Weeds finally see their album reissued under the approved band name with his collection from the German Music Maniac label, which includes all 12 tunes from Just Colour along with a rare Weeds single and a few post-Weeds tracks. While "You Must Be a Witch" is a full-on proto-punk raver, most of Just Colour is more low key, suggesting a fusion between Love's more melodic moments and the graceful side of the 13th Floor Elevators (without the frantic jug blowing). The remaining Lollipop Shoppe tracks never rock quite as hard as "You Must Be a Witch," but Cole's intense, pleading vocals were already powerful stuff, and the band's lean but forceful arrangements whip up a storm behind him when they want to rock and offer potent, subtle force on the less aggressive tracks. Fans who know Fred Cole through Dead Moon will find these early recordings to be fascinating stuff, and this is choice material for fans of vintage psychedelia. Music Maniac are to be thanked for finally making this great music available again at less than "Collector's Item" prices. 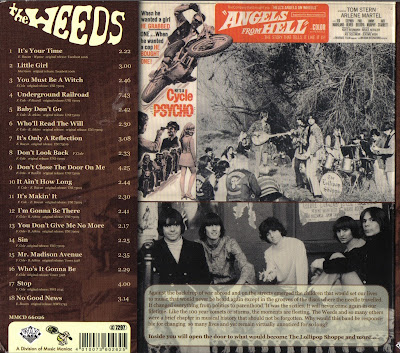