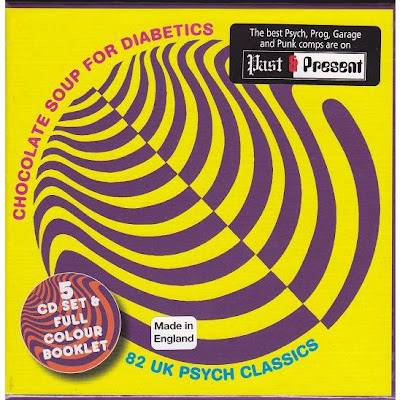 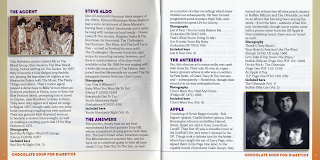 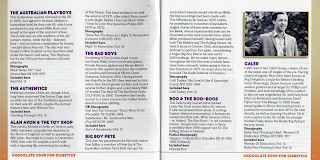 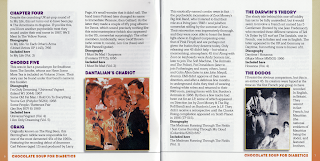 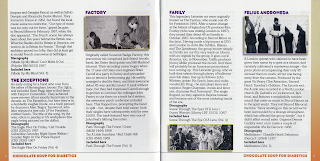 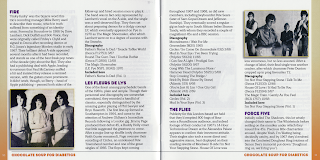 These three volumes of obscure '60s British psychedelic treasures are slightly tainted by dubbed-from-disc sound quality; the transfers also made the records play faster than their actual speed. The music, however, is mostly terrific, the cream of a very fertile U.K. scene that gave birth to dozens of little-known classics and near classics during its brief apogee in 1966-68. The influence of the Who, Syd Barrett--era Pink Floyd, and 1967 Beatles runs rampant, but most of it's too idiosyncratic to be dismissed as imitative. You could actually say that this was the genre of rock music that most effectively balanced exuberant melodies/harmonies with imaginative experimentation. If that nutshell description sounds appealing, you won't be disappointed by the gems on offer from Tintern Abbey, Dantalian's Chariot, One in a Million, Big Boy Pete, Mike Stuart Span, Syn, and numerous others. A lot of the tracks have been since reissued in better fidelity on sanctioned re-releases, but some are hard to find anywhere else but on these anthologies, which are now themselves sought-after collector's items. 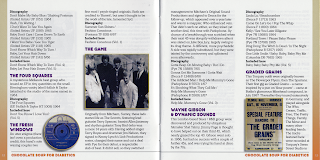 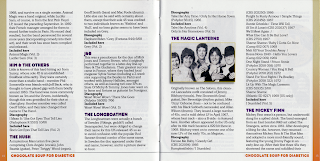 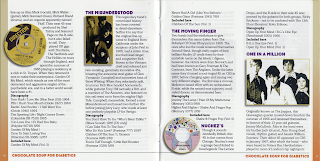 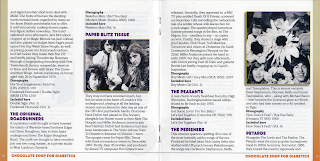 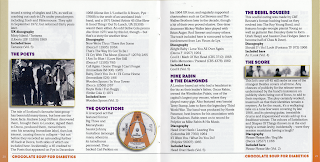 In its original three-volume vinyl form in the early 1980s, the Chocolate Soup for Diabetics LPs comprised the first and possibly greatest reissue series of obscure-'60s British psychedelia. It was eventually made somewhat irrelevant when virtually all of the material got reissued on CD in better sound quality (and at the right speed), but it's still remembered fondly by collectors. So the appearance of some follow-up volumes, again on LP, about two decades later raised some hopes that the series had resumed with a similar dedication to uncovering old nuggets. However, although the front cover graphics copy the design of the original series to a T (simply using some different colors), it's really a continuation of the concept in name only. The 14 songs on volume four, for one thing, are not all that psychedelic, with a greater bent toward 1966-68 mod-rock and a curious predilection for mod-soul. Those genres are good too, of course, but the non-hits chosen for this album are on the whole not nearly as stellar as the ones that filled the original three volumes. What's more, some of these tracks really aren't all that heard to find elsewhere, like the Longboatmen's smoking mod number "Take Her Any Time" (though the band was actually from Sweden) and Chords Five's somewhat silly "Universal Vagrant." There are a few other above-average cuts, like Answers' slightly ominous "Just a Fear" (with future Misunderstood guitarist Tony Hill) and (from France), the Darwin's Theory's strange "Hosanna," which does boast a nifty riff despite having few words other than the title. Much of the rest is on the middling-to-forgettable side, and while it has its uses for very dedicated collectors, it's far below the standards of the earlier volumes bearing the "Chocolate Soup for Diabetics" 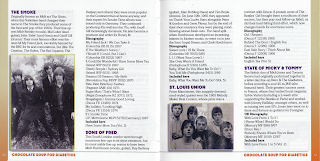 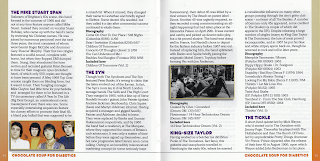 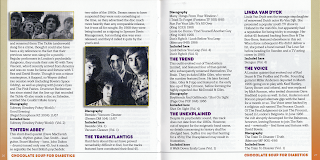 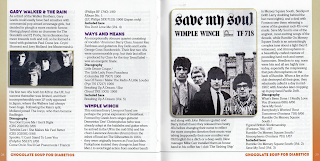 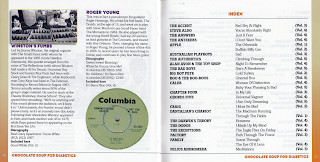 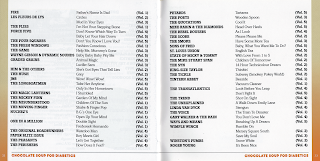 Like Chocolate Soup for Diabetics Vol. 4, by claiming to be a continuation of the early-'80s three-part Chocolate Soup series of British psychedelic rarities, this volume both raises unrealistically high expectations and sets itself up for a fall. For while all 14 cuts are certainly obscure, they're neither nearly as good as what was found on the original three Chocolate Soup volumes, nor as psychedelic, with a strange affinity for soul-influenced 1966-68 British rock, throwing in some more mod-ish, mid-'60s sounds, too. It's not bad at all, just pretty average, and nothing you'd compare to either the best-famous or best-rare British rock of the time. Too, a few of these cuts have been reissued elsewhere, sometimes a few times, like the Mickey Finns' mod-psych stomper "Garden of My Mind" -- certainly one of the finest tracks here, but one that had been doing the rounds for a couple of decades before its appearance here. Another definite standout is the Ways & Means' "Breaking Up a Dream," perhaps the best Easybeats soundalike ever waxed (no doubt due in part to it being written by Grapefruit's George Alexander, brother of the Easybeats' George Young). There's not much exultant to say about the rest of the songs, all of them by bands that never got anywhere, with the marginal exception of St. Louis Union. It's still likely most collectors will find a few tracks they haven't heard, as well as a few neat flourishes, like the Who/Creation-type guitar solo in the Sons of Fred's "Baby What You Want Me to Do."