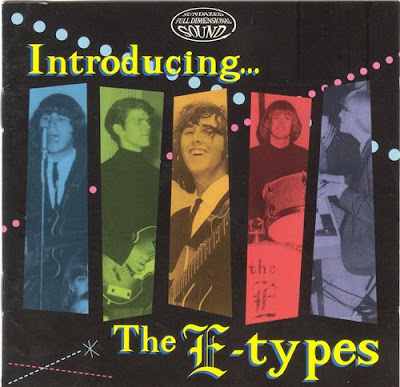 In the mid-'60s, this group from Salinas, CA, (near San Jose) played a pleasant blend of British Invasion-inspired pop/rock and a touch of garage. With prominent keyboards, three-part harmonies, and original material with minor-keyed shifts, they sounded something like a mix between the Zombies and the Turtles. Very popular within their (pretty limited) stomping grounds, they made no impact whatsoever on a national level, issuing four singles on small labels (most of them with producer Ed Cobb, who also handled the Standells and the Chocolate Watch Band).

Certainly they were a promising outfit, capable of offering strong original material (most of which, oddly, was penned by a friend who wasn't in the band, Larry Hosford). They didn't have enough time to convert that promise into truly significant work, however. They disbanded in 1967, when their carefully executed pop/rock was falling out of fashion in California, in favor of psychedelia.

Twenty-two tracks, including both sides of their four singles and previously unissued demos, outtakes, and live performances. The four singles are legimitately fine finds if you collect obscure '60s pop-garage. "Long Before," "I Can't Do It," and "Put the Clock Back on the Wall" are outstanding, and the cover of Lennon-McCartney's "Love of the Loved" (which the Beatles never officially released themselves) rates as one of the best unknown Beatle covers of the '60s. Most of the rest of this archival compilation is padding, though, consisting largely of faithful British Invasion covers and some outtakes that are markedly inferior to their singles. It's an enjoyable listen for collectors of mid-'60s rock, boasting considerably more pop-oriented material and accomplished production than the garage norm. But it couldn't be considered in the top drawer of this sort of thing.