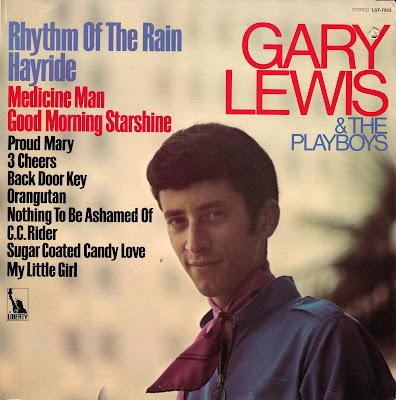 Gary Lewis' remake of the Cascades' "Rhythm of the Rain" was his final chart hit and the title track of his second-to-last Liberty album. In his early years, Lewis' nasality and limited vocal ability led producer Snuff Garrett to lean heavily on background vocalists to shadow and support Lewis in his musical efforts, but most of the material on Rhythm of the Rain is in Lewis' range and doesn't require him to strain. The results are pleasing and the songs top-notch, from songwriters who include Sonny Curtis, Buzz Cason, and Lewis himself. The two Buzz Cason/Mac Gayden songs, "Hayride" and "Sugar Coated Candy Love," are excellent bubblegum ditties -- if Liberty had released them as singles a few months later, Lewis might have been able to catch some of the Archies' wave. Lewis covers "My Little Girl," one of the Crickets' best songs, and the recent hits "Proud Mary" and "Good Morning Starshine." The only really weak point is the silly, plodding "Orangutan," written by Arnold Rosenthal (later known for his novelty song "The World's First Jewish Country Singer"). Weirdly enough, Lewis' final Liberty album, 1970's I'm on the Right Road Now, recycles "Orangutan" and "Three Cheers" from Rhythm of the Rain and leans heavily on Rosenthal for material. 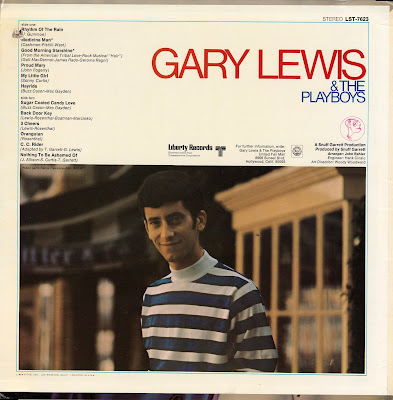