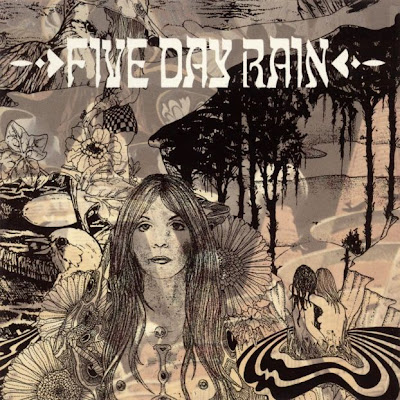 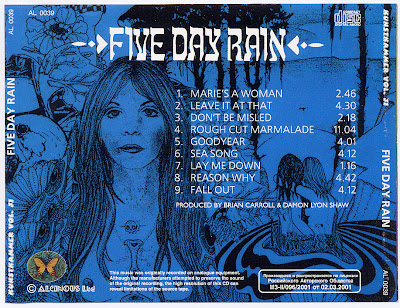 Only album, previously unreleased, by the obscure British group Five Day Rain, led by guitarist / singer Rick Sharpe and including keyboardist Graham Maitland. The short-lived group managed to record quite an excellent album, which unfortunately was never released, seeing the light of the day only 36 years later. Their music was a great mixture of Psychedelic Rock and Prog, somewhat similar to the early Deep Purple albums. Great tunes, splendid vocal harmonies and one 11+ minutes long instrumental track, which alone is worth the price of the album.  Definitely a lost gem, worth reviving and listening to after all these years.
Posted by: D&J на 20:27