The Beach Boys - In Concert 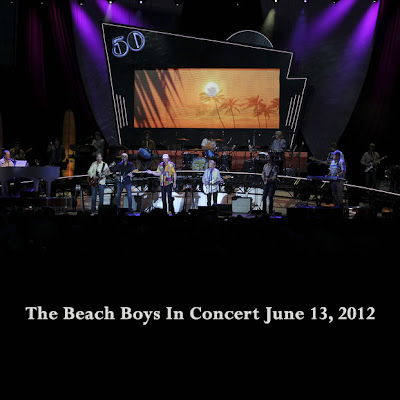 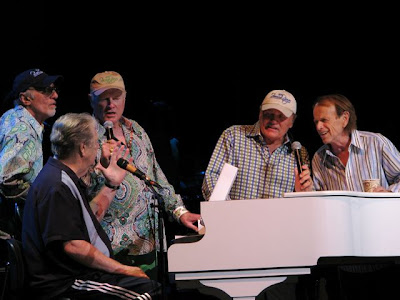 The Beach Boys -- from left,
David Marks, Brian Wilson, Mike Love, Bruce Johnston and Al Jardine -- perform Wednesday, June 13, 2012, at Blossom Music Center in Cuyahoga Falls, Ohio.
The Beach Boys brought their 50th anniversary tour to Blossom Music Center last night (Wednesday; 06.13.12) for an evening full of lively classics about California, cars, surfing, and girls. The current lineup features founding members Mike Love, Al Jardine (originally from Lima, OH), and Brian Wilson, alongside David Marks and the man Love jokingly (yet accurately) introduced as “the new guy” – Bruce Johnston, who first joined the band in 1965.
The “boys” from Hawthorne, California were introduced individually as they strolled on the stage one-by-one. The three-hour marathon concert came out of the chute with “Do It Again,” “Little Honda,” and “Catch a Wave.” The crowd began the show on their feet and every time they went to sit down, the Beach Boys brought them right back up with a dancing tune.
The band members were all smiles from the get-go, save Wilson, who sat at his piano, sporting sweatpants, with a bored look on his face that said, “Why did I agree to do this tour?” The mastermind behind much of the Beach Boys music and arrangements livened up as the show went on; at one point, a smile even crossed the 69-year-old’s face as he waved to the crowd. Latter portions of the show featured Wilson more prominently.
The 1988 Rock and Roll Hall of Fame inductees put out an album of new material eight days before their Blossom gig. The record, ‘That’s Why God Made the Radio,’ (06.05.12; Capitol Records) is album number 29 for the group. Strangely enough, the LP is the band’s highest debut album on the Billboard Charts, reaching the #3 spot in its first week. Love shamelessly promoted the album throughout the night, stopping just short of falling to his knees and begging folks to pick up the new record.
The first half of the show featured Top 40 classics such as “Surfin’ Safari,” “Surfer Girl,” “Little Deuce Coup,” “409,” and just before a brief intermission, “I Get Around” left the crowd salivating for the Beach Boys’ return to the stage.
The stars and stellar backing band all made their way backstage, save Wilson, who gingerly stumbled down from the platform where his piano sat, and took a seat off to the side of the stage, hidden by a speaker.
The Beach Boys returned to the stage and huddled around Wilson at his piano to perform “Add Some Music to Your Day.” Highlights from the
The Beach boys huddle around Brian Wilson’s piano
second half included the hit songs, “Sloop John B,” “In My Room” “California Girls,” “Help Me Rhonda,” and “Good Vibrations,” as well as gems that didn’t chart such as “I Just Wasn’t Made for These Times” and “All This Is That,” during which the lyrics flashed behind the band on an enormous video screen that was well utilized throughout the show.
Deceased Beach Boys Dennis and Carl Wilson made appearances via video screen, the former who provided lead vocals on “Forever,” a song that was passed off as an original by John Stamos’ character on the hit television show ‘Full House,’ which was performed on the show by one of the greatest fictitious bands of all time, Jesse and the Rippers.
My former middle school classmate, Mark Foster and his band, Foster the People, who opened up the show with a 45 minute set of their own, returned to the stage to assist the Beach Boys on “Wouldn’t It Be Nice” (which the two groups performed together earlier this year at the Grammy Awards Ceremony). Later, Foster and friends returned to help out during the encore.
The Beach Boys left the stage after “Surfin’ USA,” only to return for a three song encore: “Kokomo,” “Barbara Ann,” and closed with a song with a title summed up the night at Blossom, “Fun, Fun, Fun.” 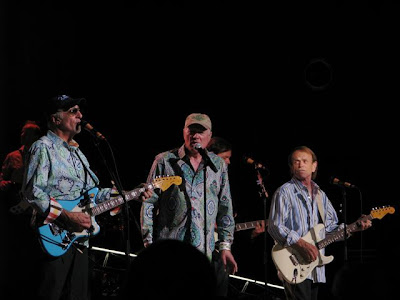 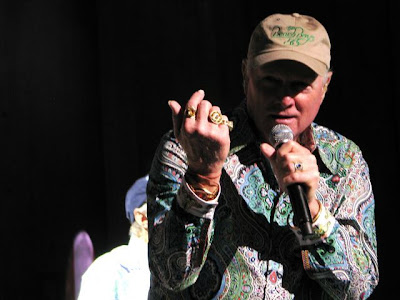 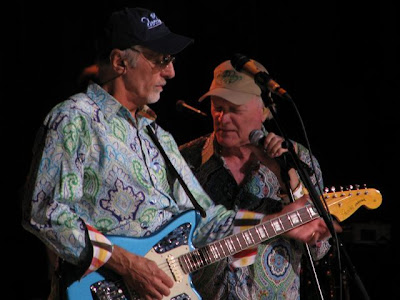 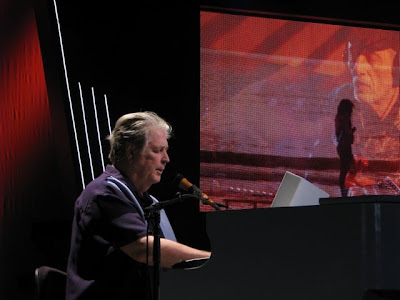 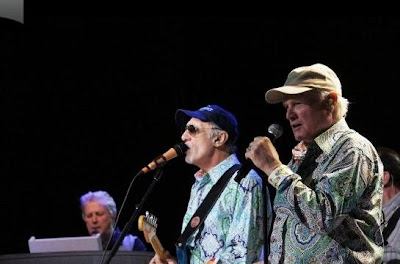 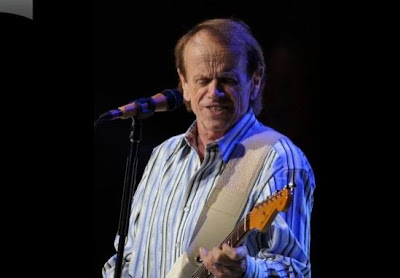 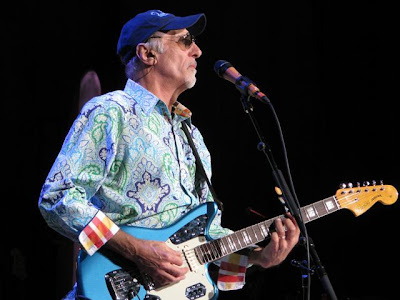 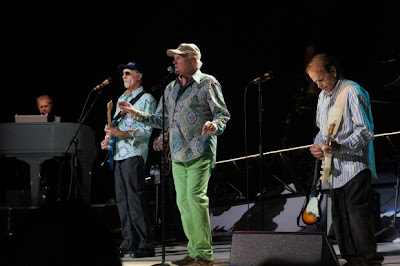 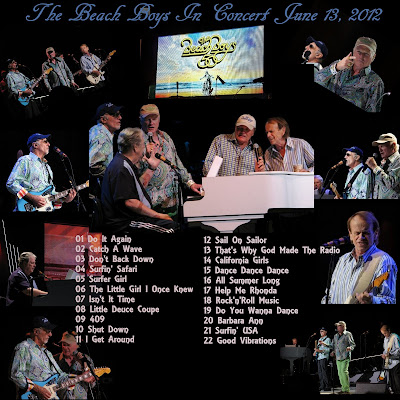