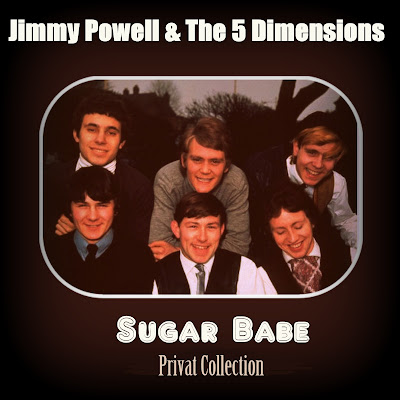 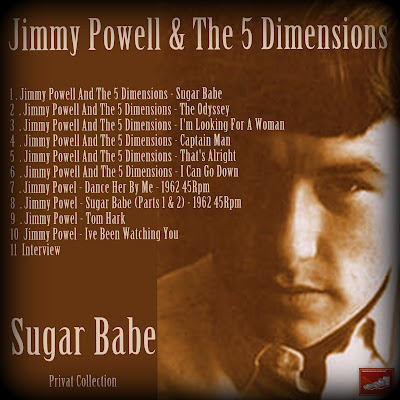 http://www.brumbeat.net/revjpowe.htm
Jimmy Powell was one of the true veterans of the British blues scene, having cut his first single ("Sugar Babe" Pts. 1 and 2) for Decca in 1962, when Alexis Korner and Cyril Davies had barely established themselves. Powell formed the Dimensions in 1963 as his backing band, and within its ranks at the start was a young Rod Stewart on vocals and blues harp. The band played the Crawdaddy Club, one of the Meccas of the early blues boom, and were signed to Pye Records, but their singles failed to register with the public despite a high-energy sound strongly reminiscent of the early Stones, solid attack on their instruments (check out "I'm Looking For A Woman"), and a good feel for the blues.
the Dimensions split up in 1965 and Powell continued as a solo backed by various bands that he invariably called the Dimensions at his live gigs. He left Pye to record for the Strike label, and was back on Decca later in the 1960's. As late as 1969, he was still recording singles and his early work on Decca was getting reissued. 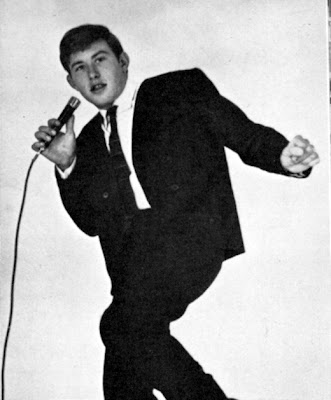 Jimmy Powell grew up in the West Heath area of Birmingham. After leaving school, he apprenticed as a lathe operator in Kings Norton while at night he fronted a local band called The Detours. His powerful vocal style soon began to attract attention and in 1961 he turned "pro" after joining an up-and-coming local group called The Rockin' Berries. 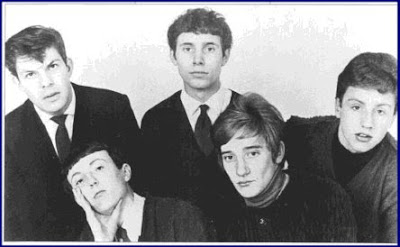 The Dimensions #5, London, summer 1963, left to right: Mike Webb, Gary Leport, Louis Cennamo, Rod Stewart, Brian Kattenhorn
In November of 1961, the Rockin' Berries went over to Germany with the group by this time including local singer Clive Lea as well as Jimmy Powell. The band had a residency at Hamburg's famous Star Club where they shared the stage with The Beatles amongst many others. The following year, The Rockin' Berries were auditioned by TV pop producer/Decca Records talent scout Jack Goode who showed little interest in signing the band to a contract but indicated that their vocalist Jimmy Powell had some potential. The rejected group went back to Germany to continue their bookings at the Star Club but by the summer of 1962, Jimmy Powell along with two other group members left and returned to Birmingham. Jimmy Powell soon contacted Jack Goode who promptly signed him up to a recording contract. 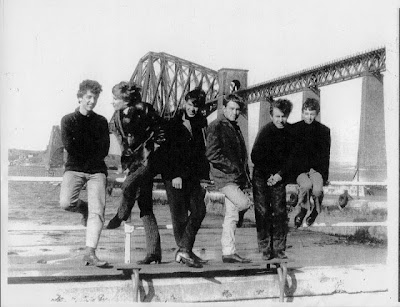 Jimmy Powell and The Five Dimensions #1, Scotland, September 1963 - left to right: Brian Kattenhorn, Rod Stewart, Mike Webb, Jimmy Powell, Louis Cennamo, Gary Leport
The first record release for Jimmy Powell on the Decca Records label was an energetic cover of Buster Brown's Sugar Baby which showcased Jimmy's considerable talent as a raunchy R&B performer. This was also highly significant as it can be considered the first "Brum Beat" single. While the record did not chart, it is likely Jimmy Powell's best known song and got his career off to a good start. Two more good singles soon followed but by 1963, The Beatles were making a big impact on the British charts and singing "groups" - not solo performers were now the "in" thing. 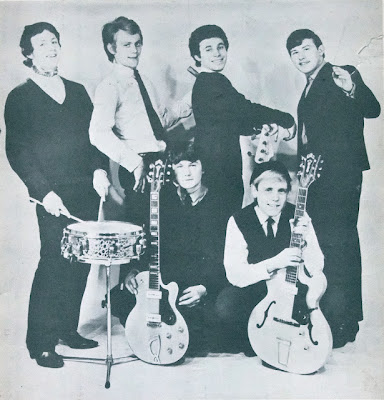 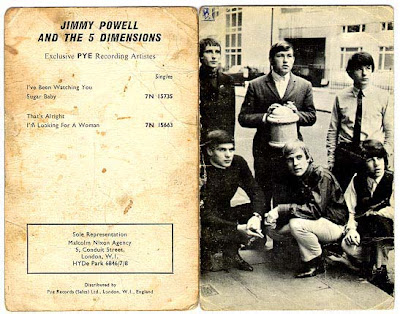