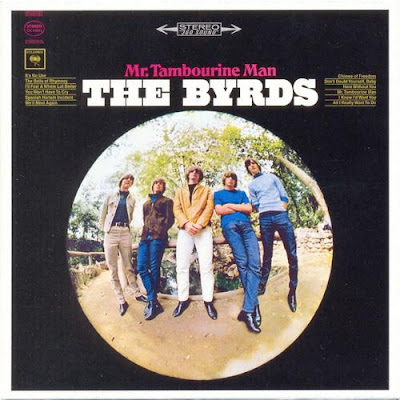 One of the greatest debuts in the history of rock, Mr. Tambourine Man was nothing less than a significant step in the evolution of rock & roll itself, demonstrating that intelligent lyrical content could be wedded to compelling electric guitar riffs and a solid backbeat. It was also the album that was most responsible for establishing folk-rock as a popular phenomenon, its most alluring traits being Roger McGuinn's immediately distinctive 12-string Rickenbacker jangle and the band's beautiful harmonies. The material was uniformly strong, whether they were interpreting Bob Dylan (on the title cut and three other songs, including the hit single "All I Really Want to Do"), Pete Seeger ("The Bells of Rhymney"), or Jackie DeShannon ("Don't Doubt Yourself, Babe"). The originals were lyrically less challenging, but equally powerful musically, especially Gene Clark's "I Knew I'd Want You," "I'll Feel a Whole Lot Better," and "Here Without You"; "It's No Use" showed a tougher, harder-rocking side and a guitar solo with hints of psychedelia. [The CD reissue adds six less impressive (but still satisfying) bonus tracks and alternate takes from the same era.] 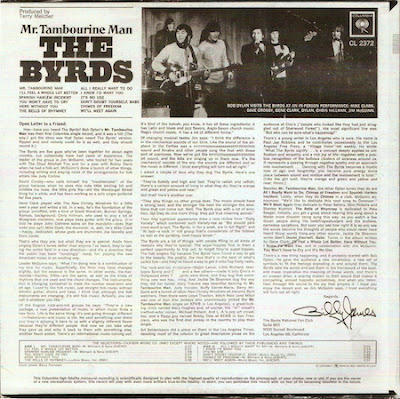