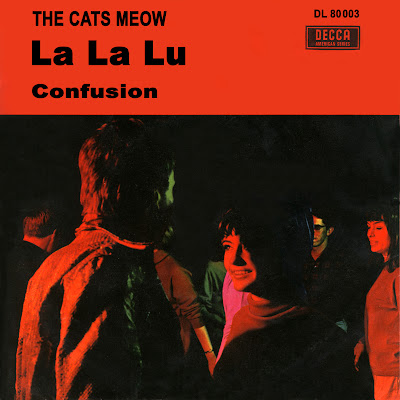 Almost certainly a studio group who had just two vinyl outings. Their first 45 'La La Lu' is a melodic bubblegum pop song with a very catchy chorus and '66 period Beatlesesque guitar runs. Unfortunately, not much information exists online about The Cats Meow but it has been suggested that they hailed from Staten Island, New York.
Cats Meow 45s: 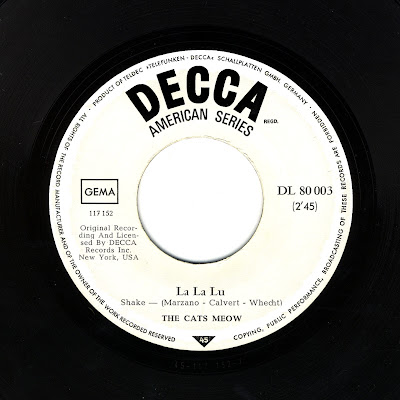 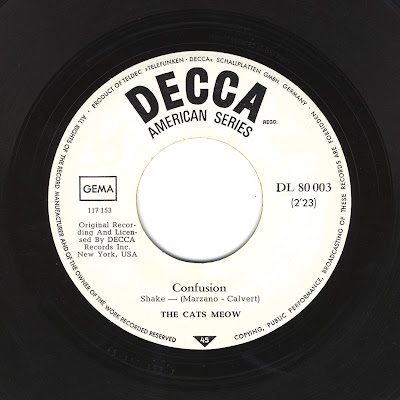 1 La La Lu / Confusion (Decca 31940) 1966
2 House Of Kicks / True True Lovin' (Decca 32037) 1966
The flip 'Confusion' is a beaty, guitar instrumental, but their finest moment is usually considered to have been "House of Kicks", an appealing combination of surf-harmony falsettos and driving punk guitars..
The Cats Meow have been somewhat short changed when it comes to compilations. Their second 45 top side 'House Of Kicks" did make an appearance on Pebbles -Volume 13 in the early 80s.
Band members Norman Marzano and Jim Calvert would change the band name from The Cats Meow to The Beeds and sign to Buddah off shoot label Team.
The Beeds 45s:
1 Run To Her/You Don't Have To (Team 519) 1968
2 Love Hurts/You're Wrong (Buddah 210) 1971

Almost certainly a studio project for the Team label, a sub-division of Buddah. "Run To Her" is a classic of its genre - an uptempo melodic rock song, with Merseybeat harmonies, chiming guitars and reedy organ.
Produced by Norman Marzano and Jim Calvert, the later 45 on Buddah in 1971 was written by Buddy Vidal, Steve Couto and Ritchie Mann and may of course be by an entirely different outfit.
THE CATS MEOW, THE BEEDS - An Interview with lead guitarist Pete Carver 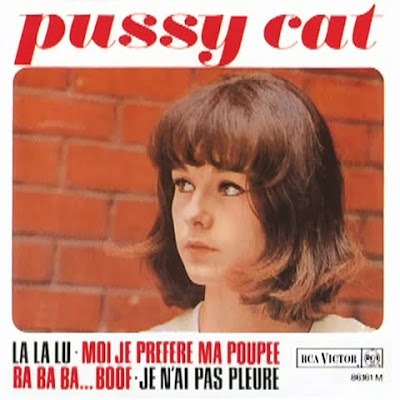