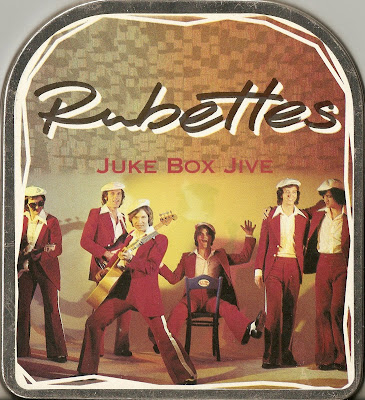 Formed in 1973 in England, the Rubettes were originally organized as a session outfit by Wayne Bickerton of Polydor A&R. Inspired by the successes of Sha Na Na, Mud, and Showaddywaddy, they combined glam rock presentation (red and white suits with matching caps) with a rock & roll revival sound. Their first release, 1974's "Sugar Baby Love," was an instant smash, remaining at number one in England for five weeks while denting the U.S. charts at number 37 in August, and remains their best-known record. Subsequent releases would be less successful, but the band soldiered on and continued to tour on the nostalgia circuit well into the 2000s. 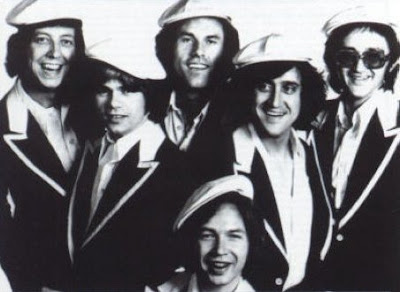 The Rubettes' original lineup featured John Richardson on drums,Mick Clarke on bass, Bill Hurd and Peter Arnesen on keyboards, andTony Thorpe on guitar. Vocalist Paul DaVinci left the band just before "Sugar Baby Love," replaced by Alan Williams. Their name, like their music, was selected to consciously tap into '50s America iconography, and the revival sound bore fruit in the U.K. on several more singles: The "Sugar Baby Love" soundalike "Tonight" was a strong follow-up, and "Jukebox Jive" and "I Can Do It" went Top Ten there as well. None charted in the States, though, and the band, which had evolved from prefab status to full-fledged band, moved from glammy nostalgia into more serious territory. They turned many a head with 1976's "Under One Roof," a sensitive portrayal of a gay man disowned and later murdered by his father; along with Rod Stewart's "The Killing of Georgie," it was one of very few songs tackling the difficult topic of homophobia. At the time some speculated that the song had been designed to be so uncommercial as to get the band dropped from their label. If so, it worked all too well, as the Rubettes soon fell silent in the face of dwindling success.Arnesen left that year, followed soon after by Hurd, and by 1979 the group was history. In 1983, though, at the urging of a German promoter, Williams re-formed the band for festival shows. Redubbedthe Rubettes featuring Alan Williams to counteract other acts passing themselves off as the Rubettes, the reconstituted unit continued to tour Europe in oldies revival packages intermittently into the 2000s, with original members Richardson and Clarke back in the fold along with ex-Kinks keyboardist Mark Haley.