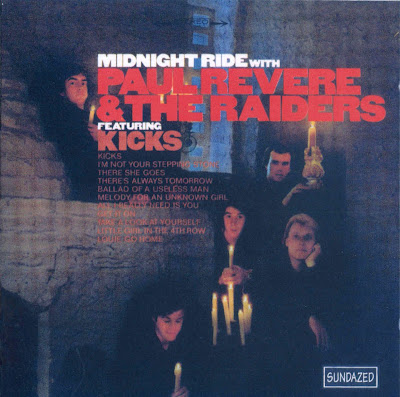 Midnight Ride marked just about the pinnacle of Paul Revere & the Raiders' history as a source of great albums. Even more to their credit, most of the music on Midnight Ride was written by the bandmembers themselves, and not just Mark Lindsay and Paul Revere, but Phil Volk, Drake Levin, and Mike Smith getting a shared songwriting credit. The irony is that this was the last album on which that egalitarian spirit was to dominate; alongside the tight, hard, eminently danceable rock & roll sounds that comprise about two-thirds of this album, there are signs of the softer, more introspective balladry that lead singer Mark Lindsay was starting to favor in his songwriting ("Little Girl in the Fourth Row," etc.). It was this stylistic break, coupled with disputes over which bandmembers were to get their songs represented on the group's albums, that led to Levin's departure following the release of this album, which helped precipitate a stylistic drift away from the sound that defined the group. The Sundazed reissue, released in February 2000, has been remixed from the original three-track session masters, yet remains true to the band's original sound, and the album has been enhanced with the presence of three rocking bonus tracks (two of them car songs -- cool!). "Kicks" is still the coolest song here, but the Sundazed version rocks a lot harder with the extra tracks, and is a lot more fun. There are also new notes by Volk and Levin, in which both look back with honesty yet a great deal of warmth and enjoyment for what they did, and what they were doing around the time of this album 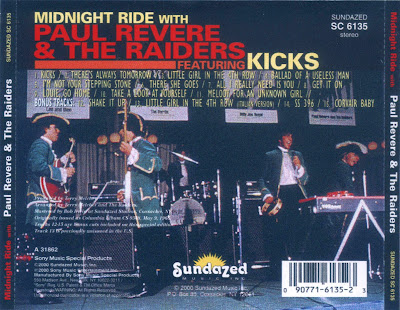