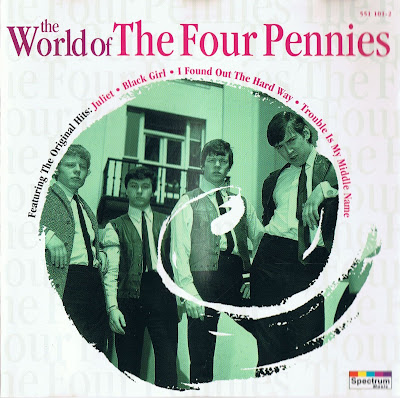 http://www.cottontown.org/page.cfm?LANGUAGE=eng&pageID=4995
The Four Pennies started out as the Lionel Morton Four, taking their name from their singer, who had served as a choir boy in a cathedral in his hometown of Blackburn, Lancashire, England, during his youth. The band -- not to be confused with the stateside recording artists of the same name -- also included Stoke-on-Trent native Mike Wilsh on piano, Oldham's Fritz Fryer on lead guitar, and Alan Buck of Brierfield on drums. Morton, in addition to singing, played the rhythm guitar. Buck, before coming to the group, had belonged to groups led by Joe Brown and Johnny Kidd. The band found their greatest success with ballads like "Juliet," which knocked the Searchers from the top of the charts in the spring of 1964. The song was originally labeled as the B-side of the group's second single, but soon was given "A" status when it started attracting attention over its flip side, "Tell Me Girl." At this point, the band had already charted with their debut single, "Do You Want Me To," but failed to make any waves with their music until "Juliet" appeared on the scene. The band's third single, a three-hankie ballad called "I Found Out the Hard Way," wasn't as successful as "Juliet," but it did climb nicely into the Top 20 in Great Britain. The Four Pennies charted twice more with "Until It's Time for You to Go," a Buffy Sainte-Marie number, and "Black Girl" from the great bluesman Leadbelly. With their original lineup, the Four Pennies put out one more single, "No Sad Songs for Me." The group fell apart in the fall of 1966. Morton, whose wife was British actress Julia Foster, first tried to go solo before switching gears and moving into television. Buck continued to work in show business, holding a variety of jobs that included production work at Radio Luxembourg. Fryer subsequently established the group Fritz, Mike & Mo, then worked as a record producer for such groups as Clannad, Horslips, Motörhead, and Stackridge, among others. Wilsh still operates a band under the Four Pennies name. 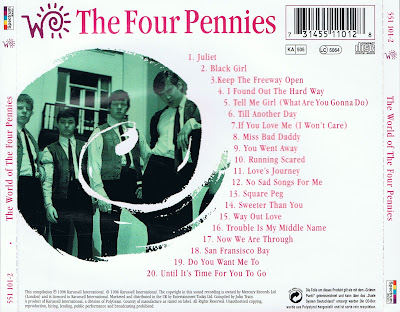 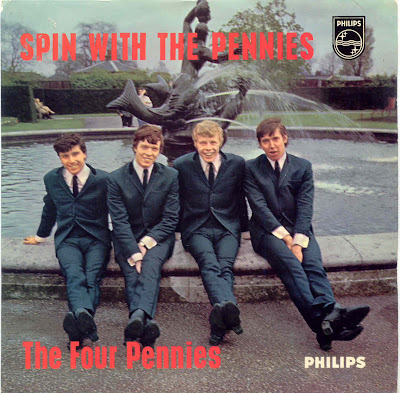 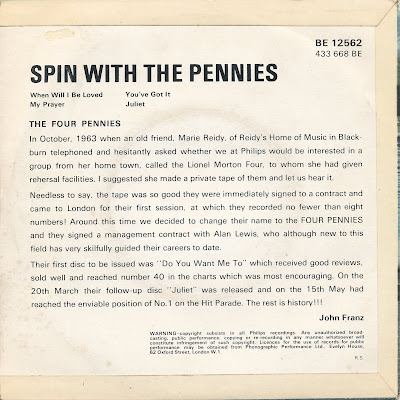