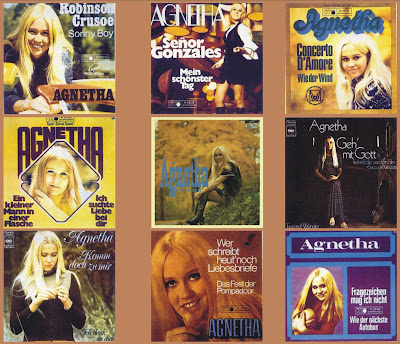 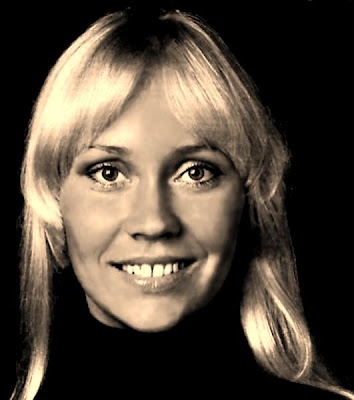 http://goo.gl/rHDDg
Agnetha (known as Anna in some countries[ Fältskog was born on 5 April 1950 in Jönköping, Småland, Sweden. She was the first of two daughters of department store manager Knut Ingvar Fältskog (1922—1995) and his wife Birgit Margareta Johansson (1923—1994).Ingvar Fältskog showed much interest in music and showbusiness, whereas Birgit Fältskog was a very calm and careful woman who devoted herself to her children and household. Fältskog cites Connie Francis, Marianne Faithfull, Aretha Franklin and Lesley Gore as her strongest musical influences.
Fältskog wrote her first song at the age of six, entitled "Två små troll" ("Two Little Trolls"). In 1958, she began taking piano lessons, and also sang in a local church choir. In early 1960, Fältskog formed a musical trio, The Cambers, with her friends Lena Johansson and Elisabeth Strub. They performed locally in minor venues and soon dissolved due to a lack of engagements.[6] At age 15, Fältskog decided to leave school and pursue a career
http://en.wikipedia.org/wiki/Agnetha_F%C3%A4ltskog
http://goo.gl/MAaKo
http://muslib.ru/b70/Agnetha+Faltskog/
Before ABBA (1960s) 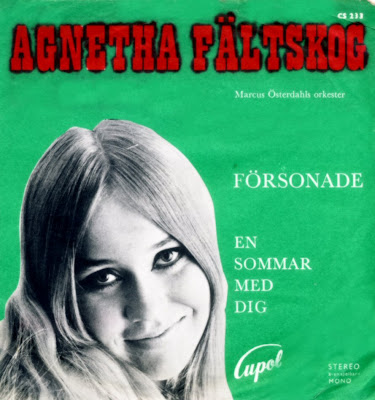 Agnetha Faltskog (born 5 April 1950 in Jonkoping, Sweden) had a #1 record in Sweden when she was only 17, and was soon noted by the critics and songwriters as a talented singer/songwriter of schlager style songs. Faltskog's main inspiration in her early years were singers like Connie Francis. Along with her own compositions, she recorded covers of foreign hits and performed them on tours in Swedish folkparks. In 1967 she submitted an original song (Forsonade ("Redeemed")) for Melodifestivalen, but it was rejected. She briefly met Anni-Frid Lyngstad for the first time during a TV show in January 1968, and met Bjorn Ulvaeus at a concert venue a few months later.
During filming of a Swedish TV special in May 1969, Faltskog met Ulvaeus again, and they were married in 1971. Faltskog and Ulvaeus eventually got involved in each other's recording sessions, and soon even Andersson and Lyngstad added backing vocals to her 1970 album "Som jag ar" ("As I Am"). In 1973, Faltskog starred as Mary Magdalene in the original Swedish production of Jesus Christ Superstar and attracted favourable reviews. Between 1967 and 1975, Faltskog released five studio albums.
http://www.lyricsfreak.com/a/abba/biography.html
http://www.freewebs.com/morsayo/Agnetha.htm 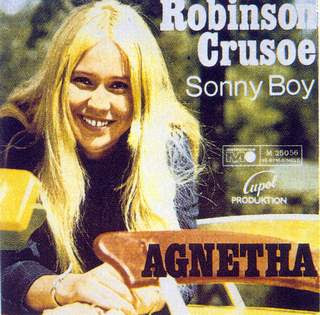