VA - Brumbeat - The Story of the 60s Midlands Sound 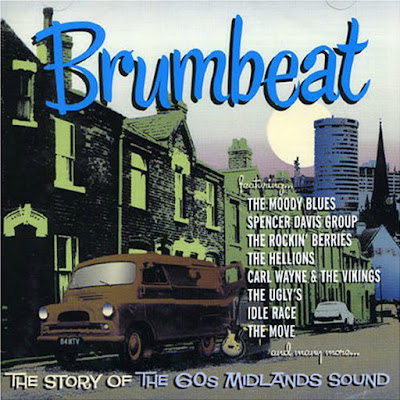 Brumbeat, which originated in the British manufacturing capitol of Birmingham, was never remotely as well-known or recognized (at least, outside of Birmngham) as the Liverpool sound called Merseybeat or, for that matter, as familiar as the so-called "Tottenham Sound" embodied by the Dave Clark Five. Brumbeat, such as it was -- the term derived from the local slang term for Birmingham -- was also never as unified a sound as Merseybeat, possibly because it followed in its wake, and also because Birmingham was a bigger city with more hands involved in making music, from more different angles; and there was no one managerial figure, such as Brian Epstein, who dominated the field with his taste and perceptions in quite the same way in the early years; by the time "Brumbeat" was perceived -- though it could be argued that the term was really a creation of the music press looking for a story circa 1964-1965 -- British rock & roll music was already being perceived as a goldmine on an international scale.

But it did produce more than its share of top acts and stars, as this double-CD set is a reminder. Brum Beat: The Story of the 60s Midlands starts off in very familiar territory with the Spencer Davis Group featuring Steve Winwood -- arguably the Birmingham act that most deserved international stardom -- doing "Dimples," before plunging into the real depth of the history with Nicky James and Jimmy Powell & the Dimensions, both doing very primitive but catchy, frenetic bluesy rock & roll. Along with the better-known Rockin' Berries "You'd Better Come Home," they provide the core of the early, thumping sound that came out of this city, but they were also something of a dead-end. Not so Carl Wayne & the Vikings, whose "Your Loving Ways" and "You Could Be Fun (At the End of the Party)" were fairly sophisticated pieces of beat balladry and showcased the talents not only of Wayne but also drummer Bev Bevan and bassist Ace Kefford; indeed, on listening to this double CD, it occurs that one could easily put together a better-than-decent rock & roll anthology built exclusively around the work of groups whose lineups included future members of the Move (a band also represented here).

Their legacy is obvious, and theirs is some of the better material here, but it's not the only worthwhile music. "Daydreaming of You" by the Hellions (whose lineup included Dave Mason and Jim Capaldi) should have gotten some national attention. Ironically, the biggest international hit on this collection represents the work of a group that grew out of the sound it represented, and found much greater success -- "Go Now" by the Moody Blues, featuring Denny Laine -- too bad that the album's producer didn't also license their equally superb "From the Bottom of My Heart." Some of what's here was never going to get much beyond the ranks of local listeners; by 1964, the type of blues and R&B-based rock & roll represented by the Brand ("I'm a Lover Not a Fighter") and Jimmy Powell & the Dimensions ("Sugar Babe") was being done in a more sophisticated and challenging (and charismatic) fashion by the Rolling Stones, the Pretty Things, and other London-based outfits, but that doesn't make it irrelevant or unexciting 40 years on.

There are a few surprises on disc one, including "People Get Ready" in a shockingly good rendition by Keith Powell, the original lead singer for the Vikings who, based on the evidence here, should have had a much bigger career than he did. The collection drifts into what could be considered folk-protest music by way of the Uglys and "Wake Up My Mind," with some further digressions into the folk revival sound to come out of the city, embodied by the Ian Campbell Group (intersecting with Bo Diddley by way of Joni Mitchell's "Doctor Junk"). Of course, long before you get to that point, any unifying sound that you might've perceived is gone, which doesn't mean the material on the second disc isn't worthwhile; it is. Past such familiar fare as "Night of Fear" by the Move, there's a ton of enjoyable material here in folk, folk-rock, folk-pop, pop-psychedelia, and other variations out of the second half of the '60s. Stuck in the middle of it all is "The Eagle Flies on Friday" by the Exceptions, which was the first group of future Fairport Convention bassist Dave Pegg (though whether he's on here is made deliberately vague) -- it's a lost hit on this CD -- but everything is worth hearing, and more than once. The producers have filled out the released material of the period with demos by relevant artists (most notably Ace Kefford) that have only surfaced much more recently, and coupled with the extensive annotation, the set is essential listening for fans of '60s British rock & roll, and will contain at least a modest revelation or two for even the most sophisticated listener, based on its thoroughness and depth. 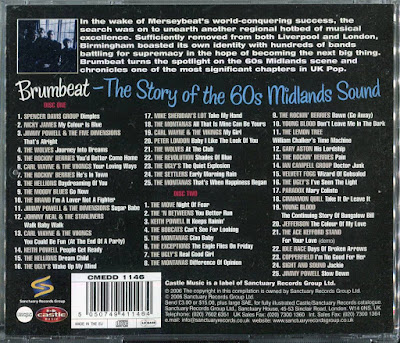