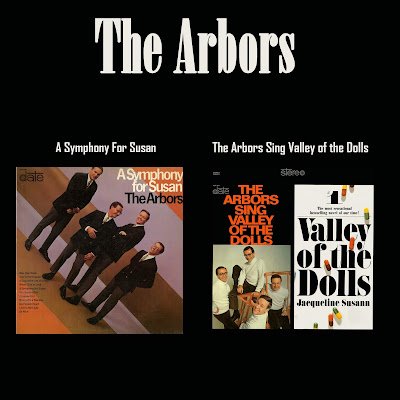 American pop group formed in 1964 in Ann Arbor, Michigan. Group members included 2 sets of brothers, Tom and Scott Herrick and Ed and Fred Farran. The group started off playing local shows in Michigan before moving to New York. They recorded a single for Mercury Records which garnered little attention, but their next single, "A Symphony for Susan" (recorded for Carney Records), was reissued nationally on Columbia Records subsidiary, Date Records and hit #51 on the US chart; they followed with the singles "Just Let it Happen" and "Graduation Day" (US #59). In 1968, they recorded the song "Valley of the Dolls", which was not used in the movie of the same name, but which was released at the same time; it was overshadowed by the title song from the movie. They bounced back with a 1969 version of "The Letter", which had been a hit two years before for The Box Tops. Afterward, they began writing and playing music for commercials, and continued to do so for some thirty years thereafter. 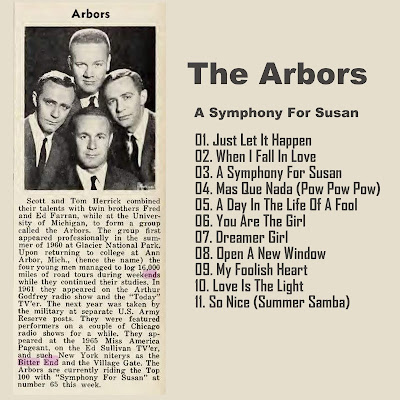 The Arbors Sing Valley Of The Dolls 1967 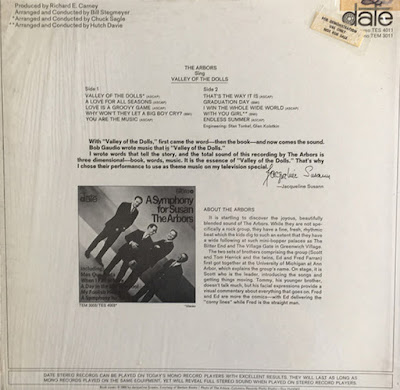