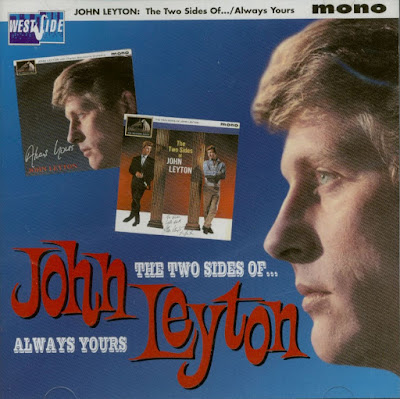 Biography by Richie Unterberger
Like the better-remembered Adam Faith, John Leyton had a lot of success in Britain in the early '60s with lugubrious teen idol pop that was only tenuously related to rock & roll. Not much of a singer, his hits are most notable for Joe Meek's inventive production, which utilized ghostly female backup vocals, variable-speed pianos, and swirling wind effects. Most of Leyton's earliest (and most successful) material was written by Geoff Goddard, a songwriter who often penned compositions for Meek's acts; heavy on loner melodrama, it often used pseudo-wild west galloping rhythms and lyrical themes. "Johnny Remember Me" and "Wild Wind" were huge hits for Leyton in 1961, and "Son This Is She" and "Lonely City" also made the Top 20 soon afterward. But in 1963, Meek and Goddard's association with Leyton ended; that circumstance, combined with the British beat boom, cast Leyton adrift immediately, although he found a lot of acting work in television and film to keep him busy. 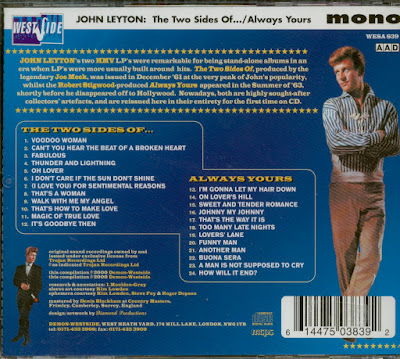