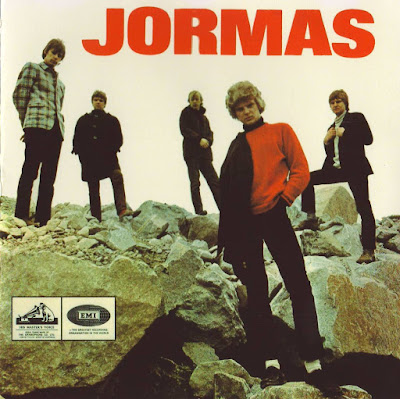 Jim Pembroke featured as singer in Jormas in summer 1965. In August 1965 they recorded their first single "Mr. Tambourine Man / New Orleans" under the name The Finnish Beatmakers. Kaj Wallin left the group in November 1965 because of military service and he was replaced by Kicke Bergholm.

Jormas toured in Scandinavia and Germany in autumn 1965 and spring 1966. After their gigs in Germany in spring 1966 Seppo Keurulainen left the group and he was replaced by Hasse Walli. First single with the new lineup was "Saat Miehen Kyyneliin", the band's first recording in Finnish language and their biggest hit. The group's first LP was released in December 1966, but the band had already split up then, because Willberg, Bergholm and Wikström had to go to the military service. However, in the next spring Jormas released a new single "Rööperiin" and in August 1967 the band was active again.

In autumn 1967 Jormas released two singles with this lineup and their second album was out in February 1968. The songs were again in English language and the album was released in Scandinavia, Germany and England. The band released one single after the album but split up finally after it. 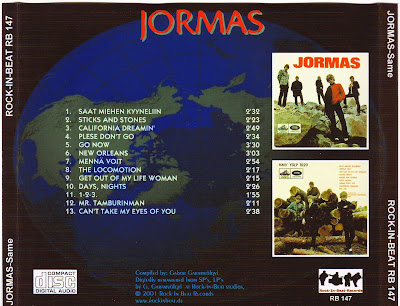